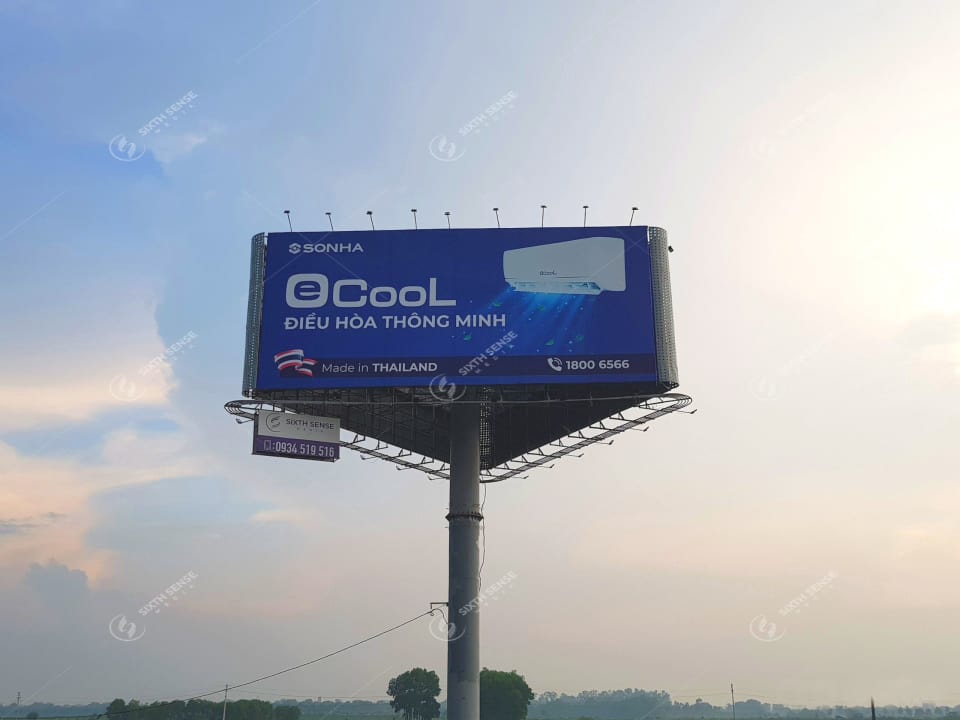 As a new product in the market, in order to better position the brand, the billboard project for Ecool air conditioners has been deployed on two extremely prime highways.

Ecool air conditioners are manufactured by breakthrough inverter technology from Japan. The outstanding advantages of this machine are:

In 2020, Son Ha Group officially entered the air conditioning race in Vietnam by accepting responsibility for the main distribution of the Japanese Ecool air conditioner line. Realizing the many benefits and potentials of this product, Son Ha Group is increasingly developing and promoting the expansion of the Ecool brand in Vietnam. 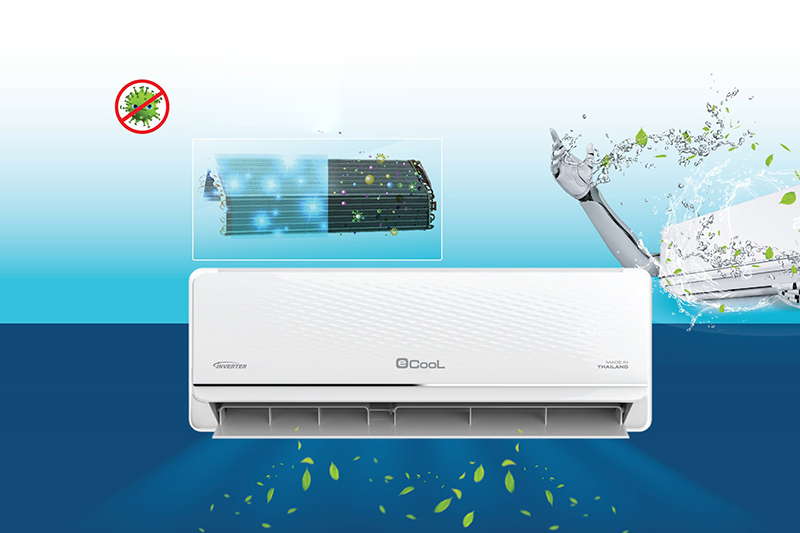 Son Ha Group continuously promotes advertising campaigns for Ecool air conditioners on many different media channels. Among them, to deploy a long-term campaign with the best brand positioning in the market, the ideal communication channel is billboard advertising.

The first billboard location that Son Ha chooses to advertise Ecool air conditioners is located at the intersection of Thang Long – Noi Bai highway, crossing National Highway 2. This is also the intersection in the direction of moving to Noi Bai airport. That’s why the traffic is very heavy. 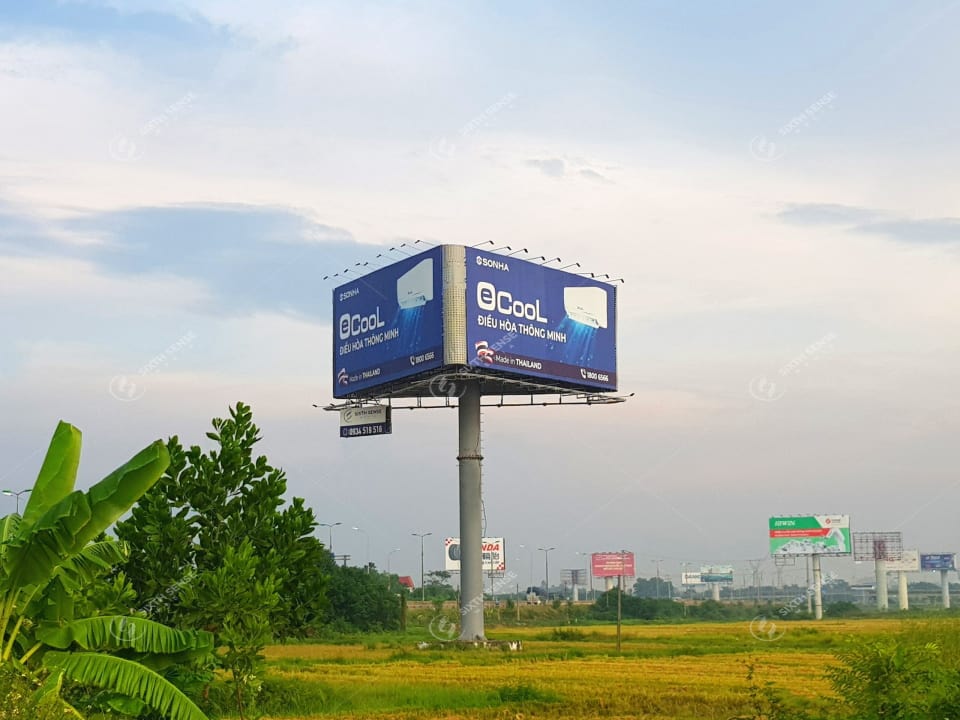 Ecool air conditioner’s billboard in this position is a billboard with 3 advertising sides. The total surface area of ​​the billboard to display advertising is up to 420m². In the evening, advertising billboards have lighting systems to support from 18:00 to 22:00 every day. 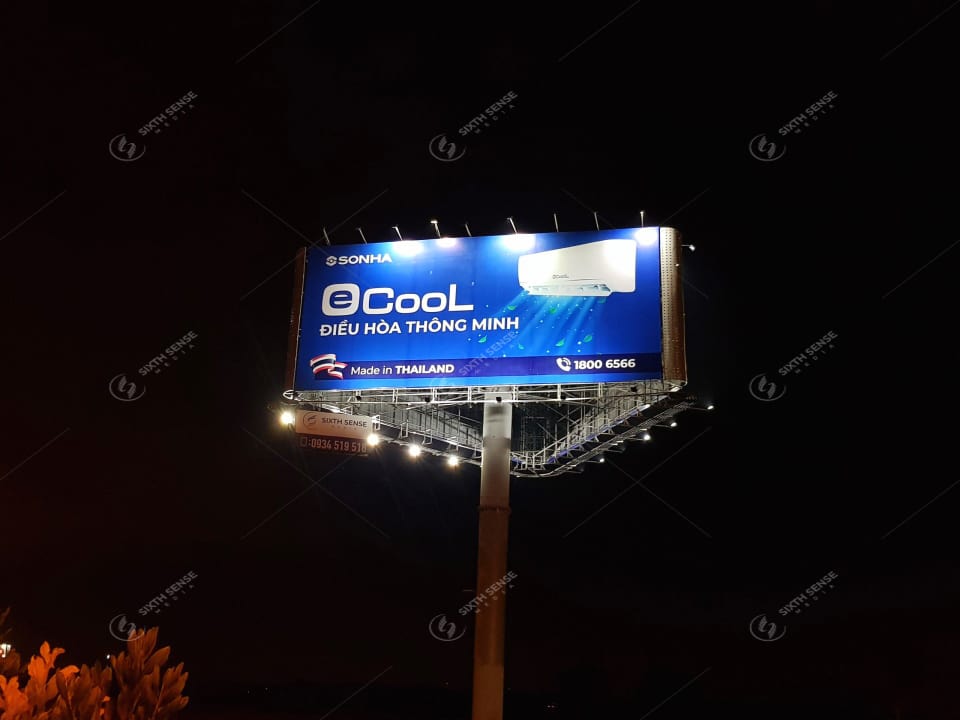 The large 3-sided billboard is located at the intersection, so it can catch viewers from many directions, attracting attention from afar. The advertising maquette is presented simply, with a brief slogan about “Ecool smart air conditioner”. Therefore, just 3-5 seconds of short approach is enough for viewers to clearly understand the message that investors need to convey.

The second billboard position advertising Ecool air conditioner is located on the left side of Phap Van – Cau Gie highway (direction from Phap Van to Cau Gie). This is also one of the key highways with extremely high traffic density every day.

Billboard of this Ecool air conditioner has 2 advertising display panels. The large size of the sea with parameters 15m x 8m x 02 sides = 280m² should also be able to attract people on the highway from afar.

Billboard advertising has 2 sides to display

The advertising maquette is kept the same at the billboard advertising position on the Thang Long – Noi Bai highway to improve product identification.

Sixth Sense Media has more than 12 years of experience, owns many beautiful billboard locations nationwide. Along with that, we have a team of experienced workers who will quickly deploy and install large billboards for you quickly, with quality at the most affordable price!

Unico Global YB has deployed billboard inside its industrial park to recruit personnel and promote their company.

EVgo electric motorbike has had a grand launch with a super impressive and unique floating 3D billboard design. 3-sided billboard is placed right at the large intersection, catching the right visibility of people moving from different directions.

Advertising campaign for wall panels in Hanoi in many districts such as Dong Da, Hai Ba Trung, Thanh Xuan, … About chotot.vn Cho Tot’s goal is to become the leading online shopping market in Vietnam. The purpose of Cho Tot is to allow buyers and sellers to connect and trade securely and easily in a…