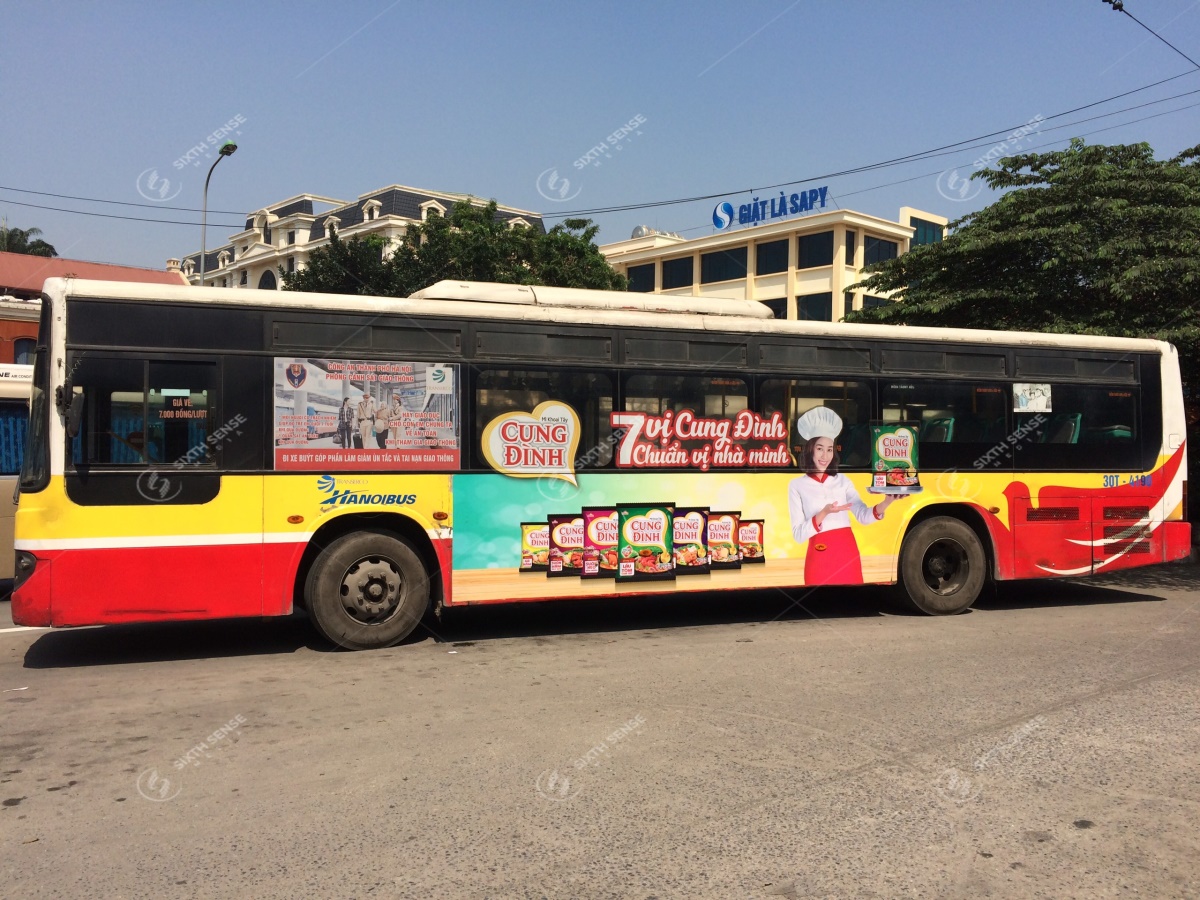 The advertising campaign was implemented in two formats: placing ads on bus body and bus handle advertising in Hanoi.

Cung Dinh Noodles bring all flavors to every home

Instant noodles – The dish of “students in the last days of the month” has been raised to new heights by Micoem. Cung Dinh Instant Noodles was introduced to the public with 7 delicious flavors including: stewed chicken, mushroom stew, stewed ribs with five fruits, stewed beef, hot and sour shrimp hot pot, stewed pork ribs with bamboo shoots and laksa leaves.

With a variety of flavors, Cung Dinh Noodles offers many options to suit the different preferences of each family member. This will be a nutritious and delicious breakfast for everyone.

Although the instant noodle market in Vietnam is a fierce race between many brands, Cung Dinh always knows how to create highlights and make their own mark. Besides improving quality and innovating many flavors, Cung Dinh Noodles also continuously has many smart and impressive communication and promotion campaigns, touching the emotions of customers. 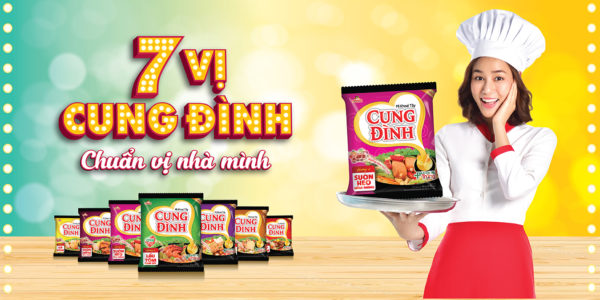 One of the impressive advertising campaigns of Cung Dinh Noodles is bus advertising in Hanoi. Not only has the scope of impact on the high-traffic roads, but the ad is also viral, spreading widely on other mass media.

Specifically, the bus advertising campaign in Hanoi of Cung Dinh Noodles was divided into 2 formats of parallel deployment:

Cung Dinh Noodles choosed to advertise outside the bus body in the format with the largest display area. The selected bus routes are also inner-city bus routes, with main moving areas in the capital center such as: 09, 38, 45, etc.

Moving through busy streets, plus outstanding format, the design of Cung Dinh Noodles created a lot of attraction with the public. 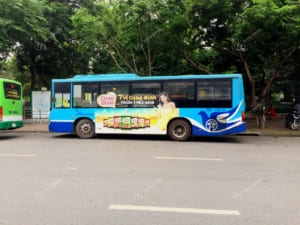 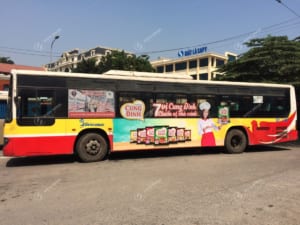 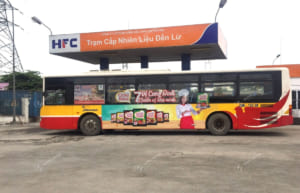 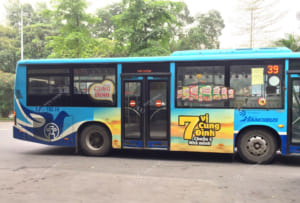 Placing ads inside the bus, Cung Dinh Noodles focused on reaching its biggest target customer group, which is students. For young customers, the approach must also be so young, so impressive like this! 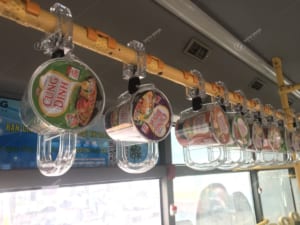 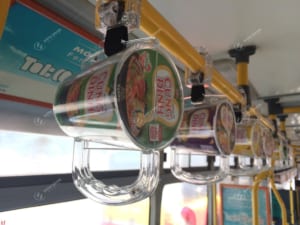 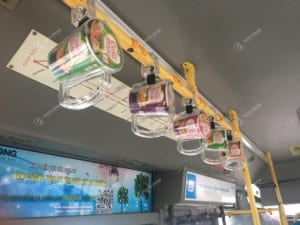 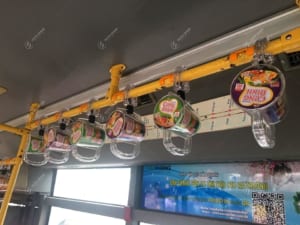 The role of SIXTH SENSE MEDIA in the campaign