Nam Duong soy sauce appeared in Vietnamese family meals in 1951 with the dear name “Nam Duong Black Cat Soy Sauce”. Until 1970, “Black Cat” was expanded to both Laos and Cambodia markets. They became a symbol for Vietnamese spices in the 70s and 80s.

Since 1981, Nam Duong was officially transferred to SaiGon Co.op. Since then, a new development period with many outstanding achievements has been opened for this Vietnamese soy sauce brand.

For many consecutive years, Nam Duong soy sauce has been voted as “Vietnamese high-quality goods”. The scale of domestic production and export increased. The product has conquered more customers of many fastidious international markets such as the US, Russia, Poland, Hungary, etc.

In 2015, Nam Duong had a new step with the joint venture cooperation between SaiGon Co.op and Wilmar Group. The company’s operating strategy was renewed. It is keeping the traditional taste but changing the production method, choosing clean ingredients, bringing the best products for the health of users. 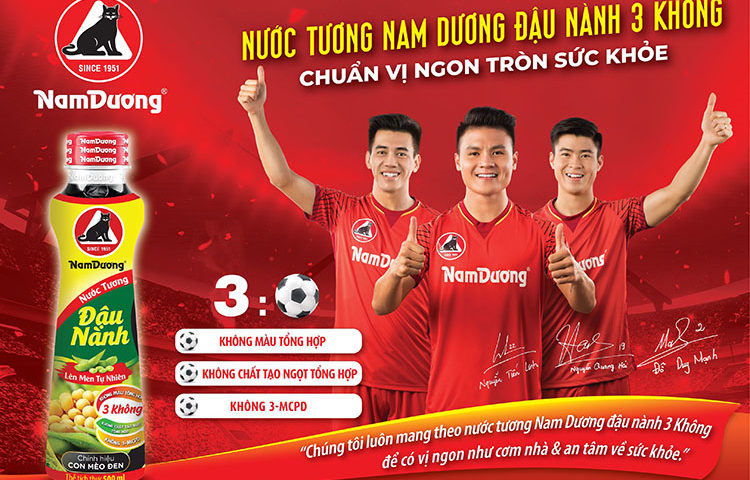 To become more eye-catching, the company chose the main color for the maquette to be a brilliant red. This color is also especially suitable for representative faces, symbolizing the color of the country’s flag.

Maquette is creatively designed like the score of a football match. When the car rolls on the road, the advertising image immediately attracts the attention of thousands of passersby. Along with the heat of the 3 golden soccer players, the advertising campaign received more and more attention from the public.

The use of images of celebrities is always one of the familiar advertising methods that many brands choose. This is a way to promote communication and increase awareness of products and brands faster than ever.

Nam Duong soy sauce and football players placed side by side have a connection. Because for players, health is an issue that must be put first. And if there is a need for a safe and quality soy sauce product, it is Nam Duong!

Nam Duong chooses bus routes in the central area of ​​​​the province, or intercity buses with long journeys, improving the opportunity to reach a larger number of customers. 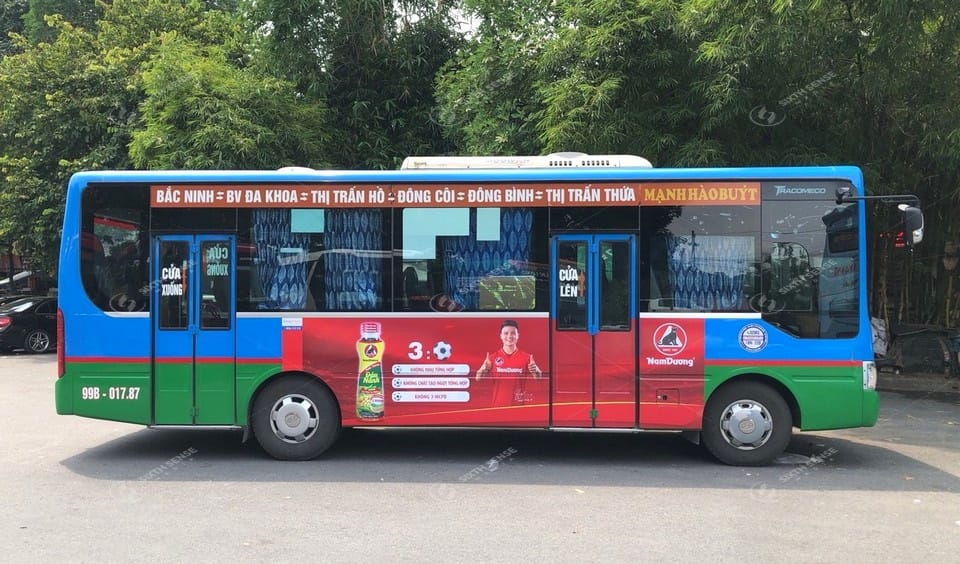 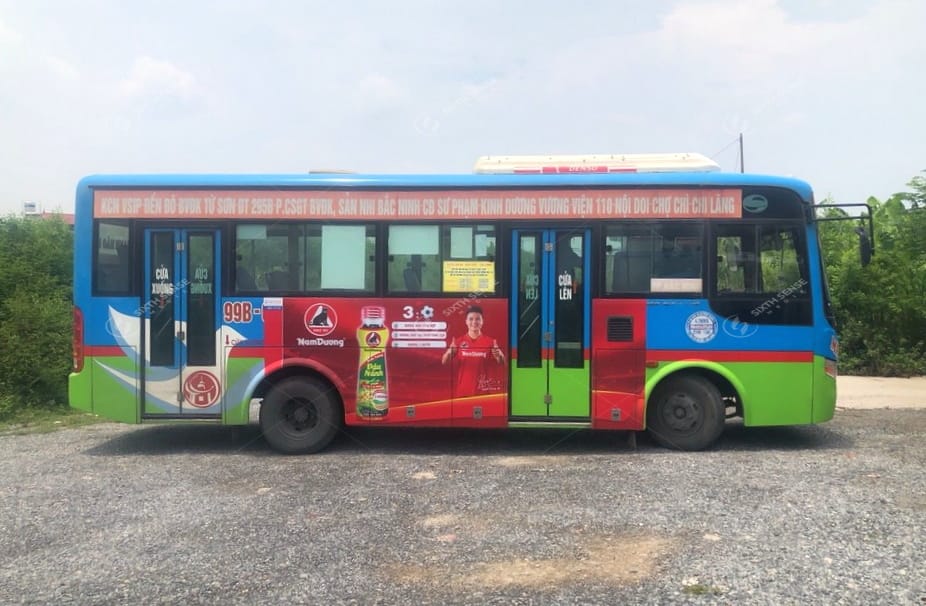 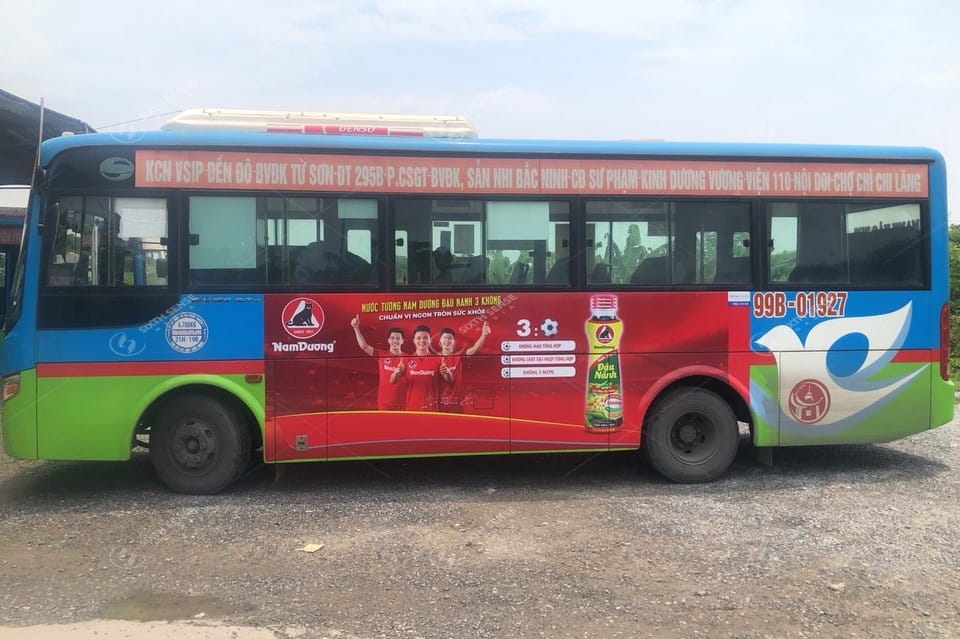 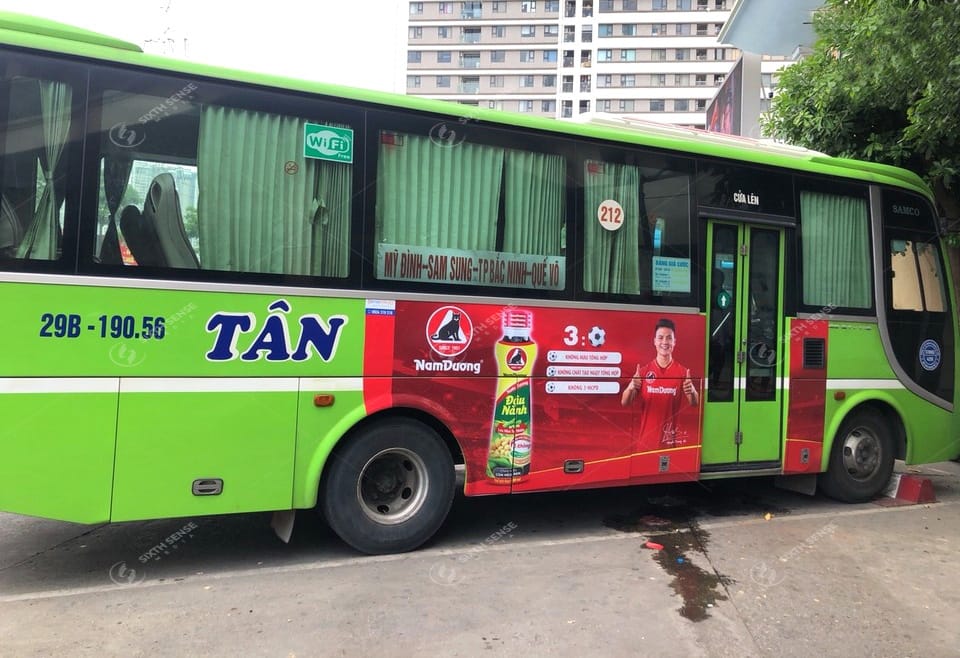 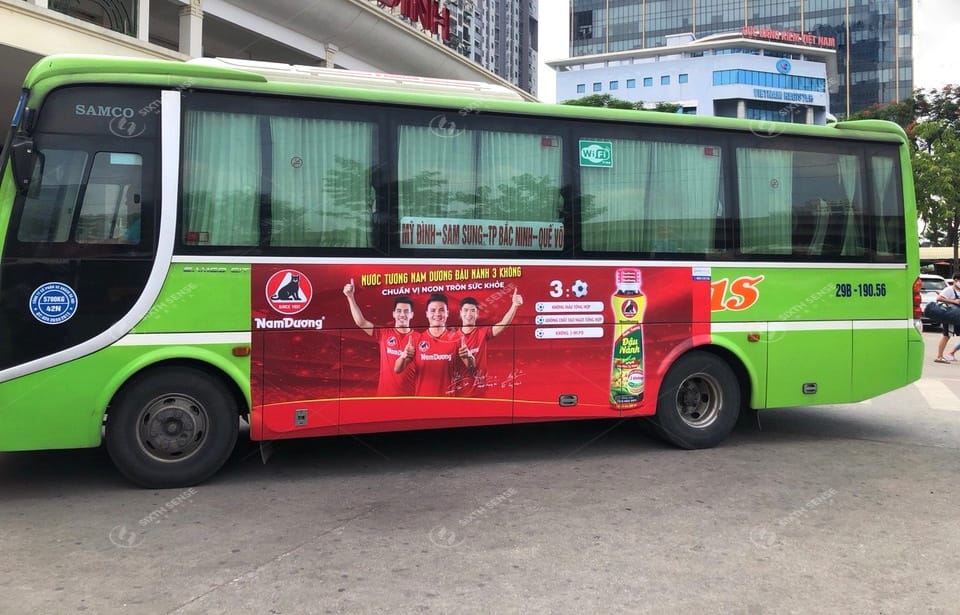 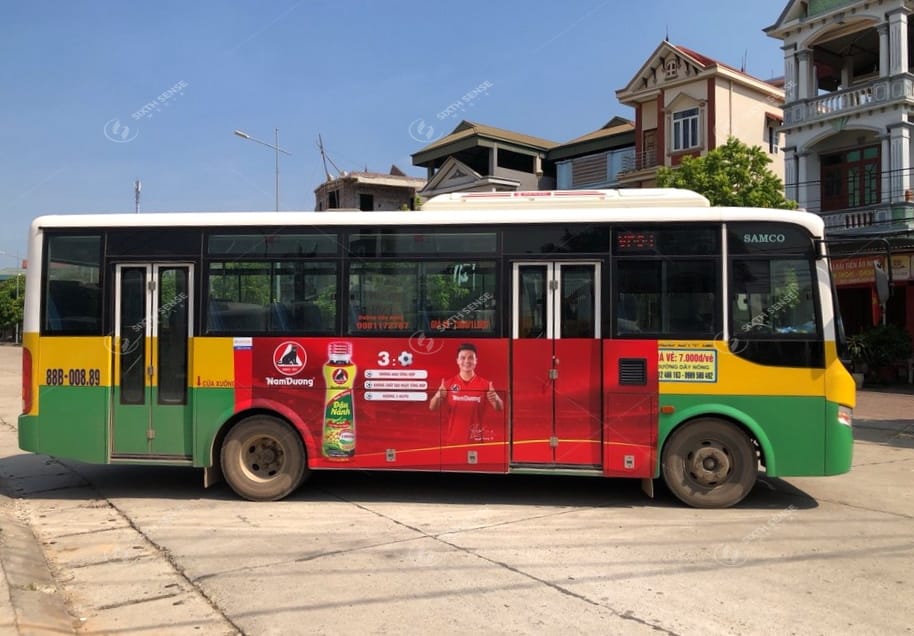 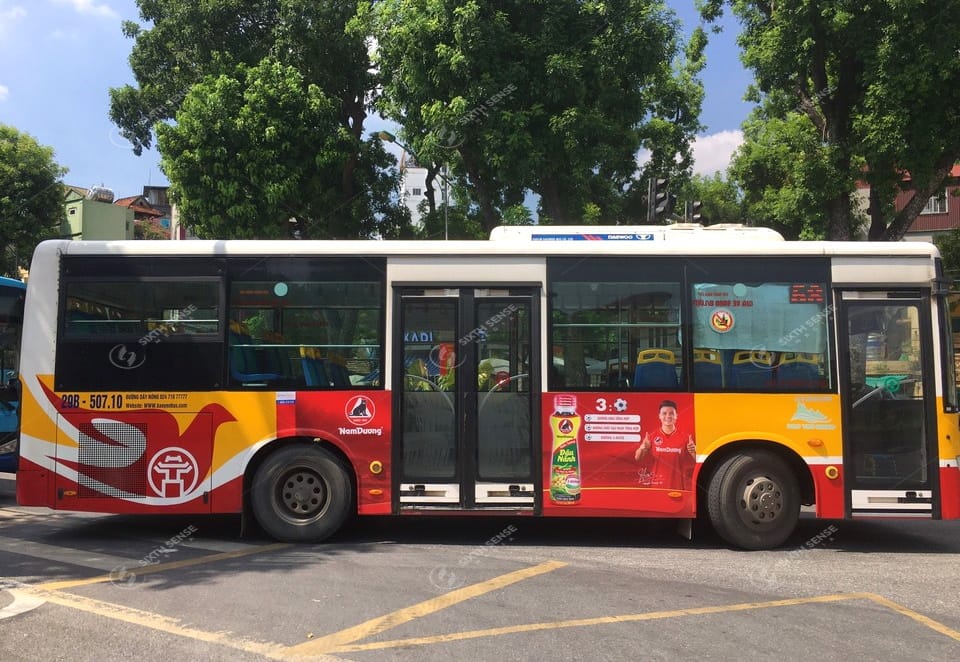 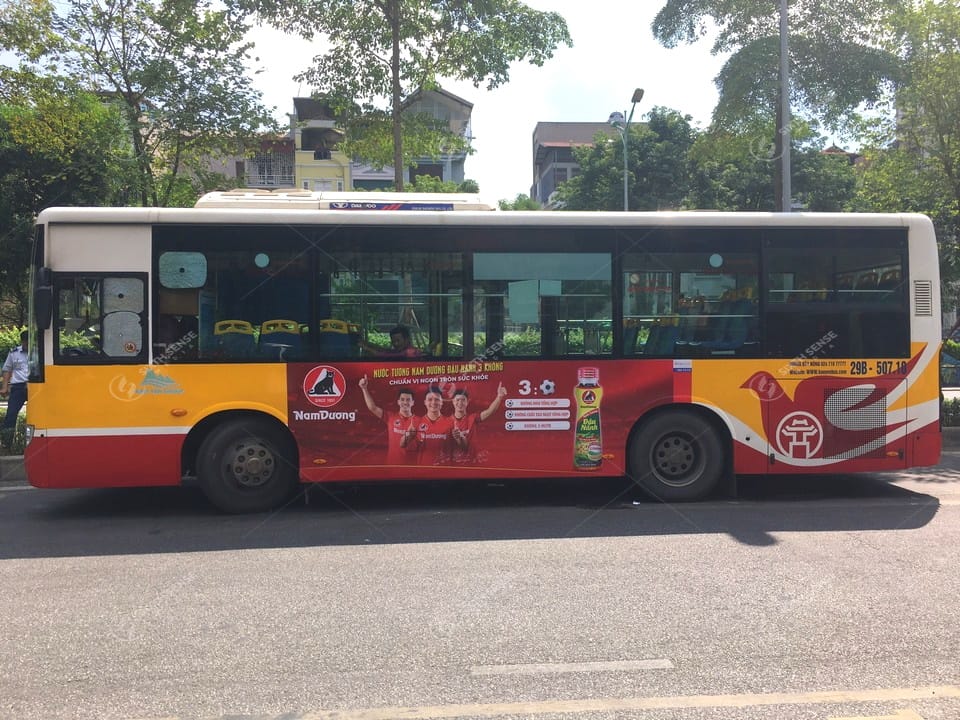 Sixth Sense Media is very honored to be Nam Duong’s partner in the bus advertising campaign in Bac Ninh and Vinh Phuc. We are the unit that directly deploys package advertising.

With long-term experience in the profession, we bring the most quality, reputable and economical advertising services to investors!

If you require any further information, feel free to contact us: