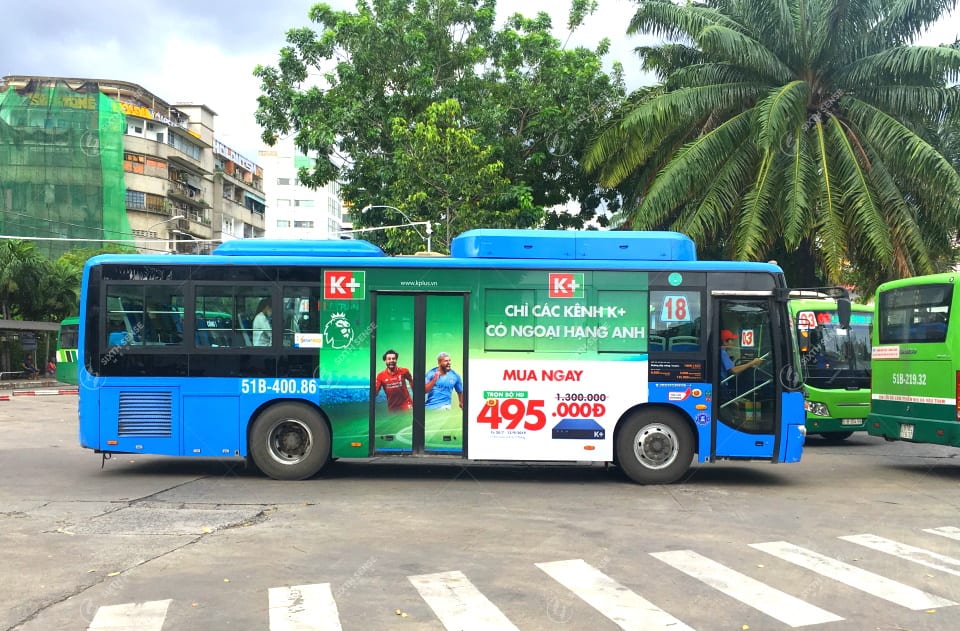 K+ TV has launched a bus advertising campaign in Ho Chi Minh City to introduce a super-preferential promotional package in the 2019 Premier League. The advertising campaign has created a wide spread, not only introduced about the program but also increase the awareness of this pay TV service.

K+ TV is a premium satellite television service with exclusive content, a diverse group of channels, and nationwide coverage. One of the points that makes K+ different from other television services is that it always invests exclusively in broadcasting major football tournaments around the world.

In 2019, when the English Premier League was about to be “on air”, K + TV quickly bought the rights to bring the best and most eye-catching matches to fans. The cost of registering for the service to welcome the new season is extremely attractive with only 495,000 VND for a full set of K + HD receiver equipment. Offer applies to customers who register for a subscription package of 5 months or more.

In addition to the attractive matches of the Premier League, customers also enjoy hundreds of other attractive and quality TV channels. Besides, K+ TV also has a huge movie store and many great entertainment applications integrated, which will surely satisfy the interests of all family members. 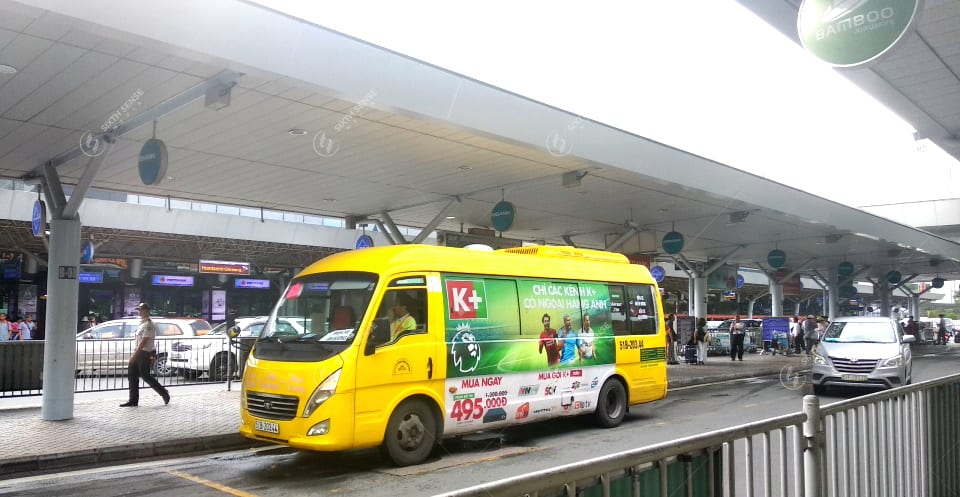 On all bus terminals, K+ deploys in the form of ultra super king bus advertising. The large display decal area extends from the bottom of the body to the bus glass with sizes ranging from 15m² – 22m²/2 advertising sides. This is also the most prominent and largest form of advertising outside of road vehicles in Vietnam today.

Large advertising creates space for investors to unleash their creativity and deploy more eye-catching communication ideas. The buses became giant mobile billboards on the street, attracting the attention of thousands of people. 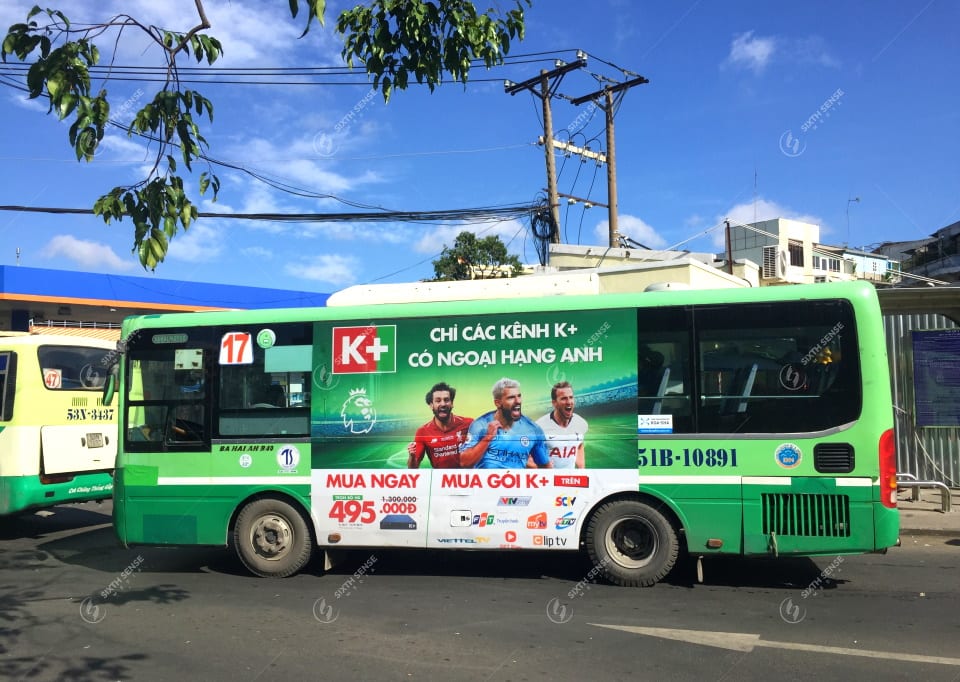 K+ TV’s bus advertising campaign in Ho Chi Minh City took place within 3 months. Bus routes have a fairly long operating time of up to 13-15 hours/day, so it is very useful in increasing awareness as well as reinforcing brand positioning.

K+ TV is one of Sixth Sense Media’s loyal customers. In 2018, we also launched a campaign for brands: K+ TV: Advertising campaign on Mai Linh taxi in 2018

With the satisfaction and quality brought, Sixth Sense Media is very honored to continue to be returned by K+ Television and use the bus advertising service in Ho Chi Minh City in 2019 that we provide.

K+ Television’s bus advertising project in Ho Chi Minh City was implemented by Sixth Sense Media from A – Z. We have a team of experienced, knowledgeable, enthusiastic and responsible staff, so the project was carried out quickly, convenient, ensuring the most economical cost for investors.

For those who are also interested in advertising services on buses in Ho Chi Minh City, please contact Sixth Sense Media for more advice!