Bus advertising project of Halida in the Northern provinces 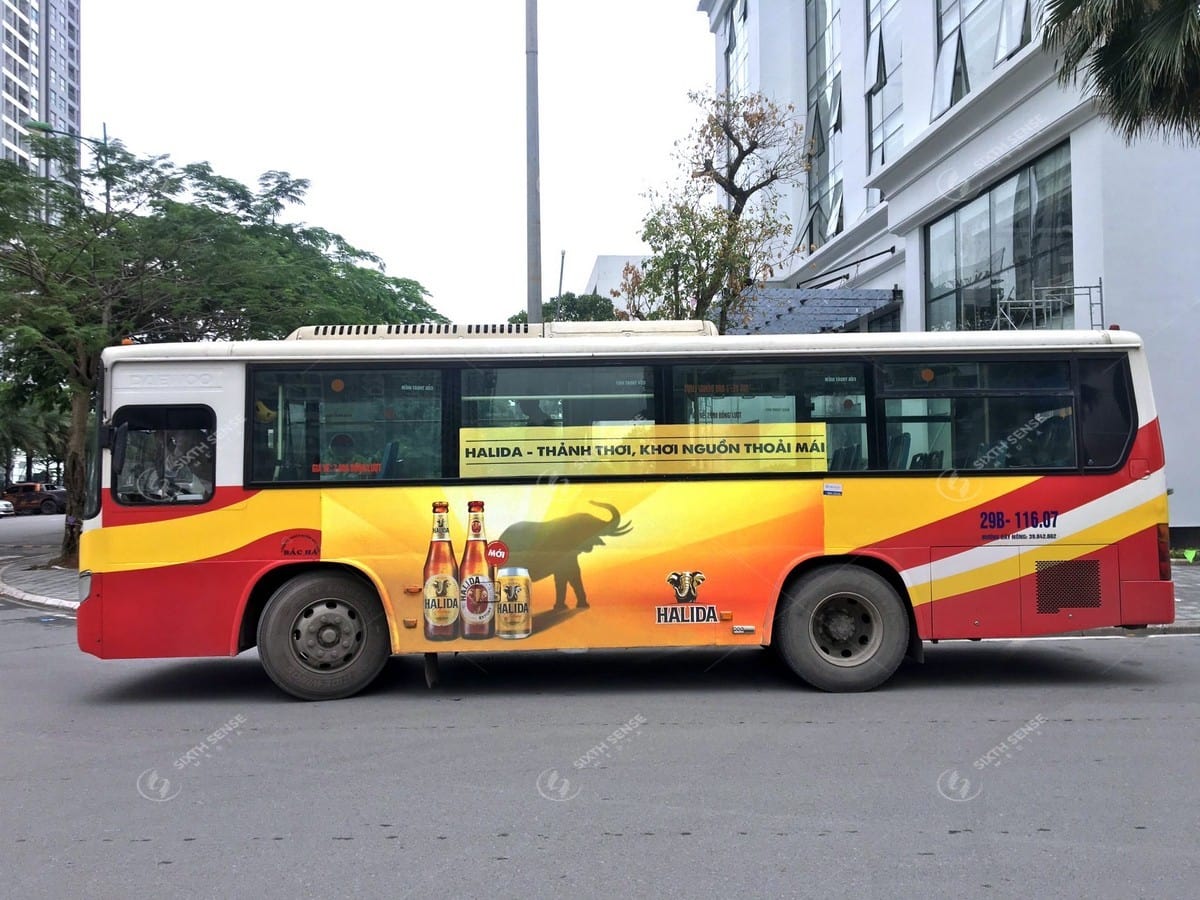 Halida has selected 7 provinces and cities to launch a large-scale bus advertising campaign in 3 months in order to increase brand awareness.

Halida is a beer product of Southeast Asia Brewery. The first batch of beer was produced by the factory in October 1992 on a modern production line of Danbrew (Denmark). With excellent quality, Halida canned beer products are popular with users, becoming an indispensable product in happy days and holidays of Vietnamese people.

Halida beer is made from the best barley, a traditional yeast with a typical Vietnamese flavor and a modern European production line, under the strict quality supervision of Carlsberg A/S. Besides, the focus on packaging has created products that are both quality and beautiful to attract consumers.

Not only stopping at the domestic market, now, Halida beer has been exported to many countries around the world. These include the US, France, UK, Russia, Singapore, Japan, etc. Halida Beer carries the image of “Pride of Vietnamese beer” to introduce to friends around the world. 2. Bus advertising project of Halida in the Northern provinces

As a well-known brand in the market, Halida never forgets to reposition the brand every year. In fact, the beer market is increasingly fiercely competitive, not only the domestic giants but many imported beer brands are also “landing” in Vietnam. Therefore, the advertising campaigns are built and deployed regularly by Halida.

In this time, Halida chose to deploy an bus advertising campaign within 3 months. The implementation location is 7 provinces and cities in the North. Including: Hanoi, Vinh Phuc, Thanh Hoa, Dien Bien, Son La, Lai Chau and Ha Giang. 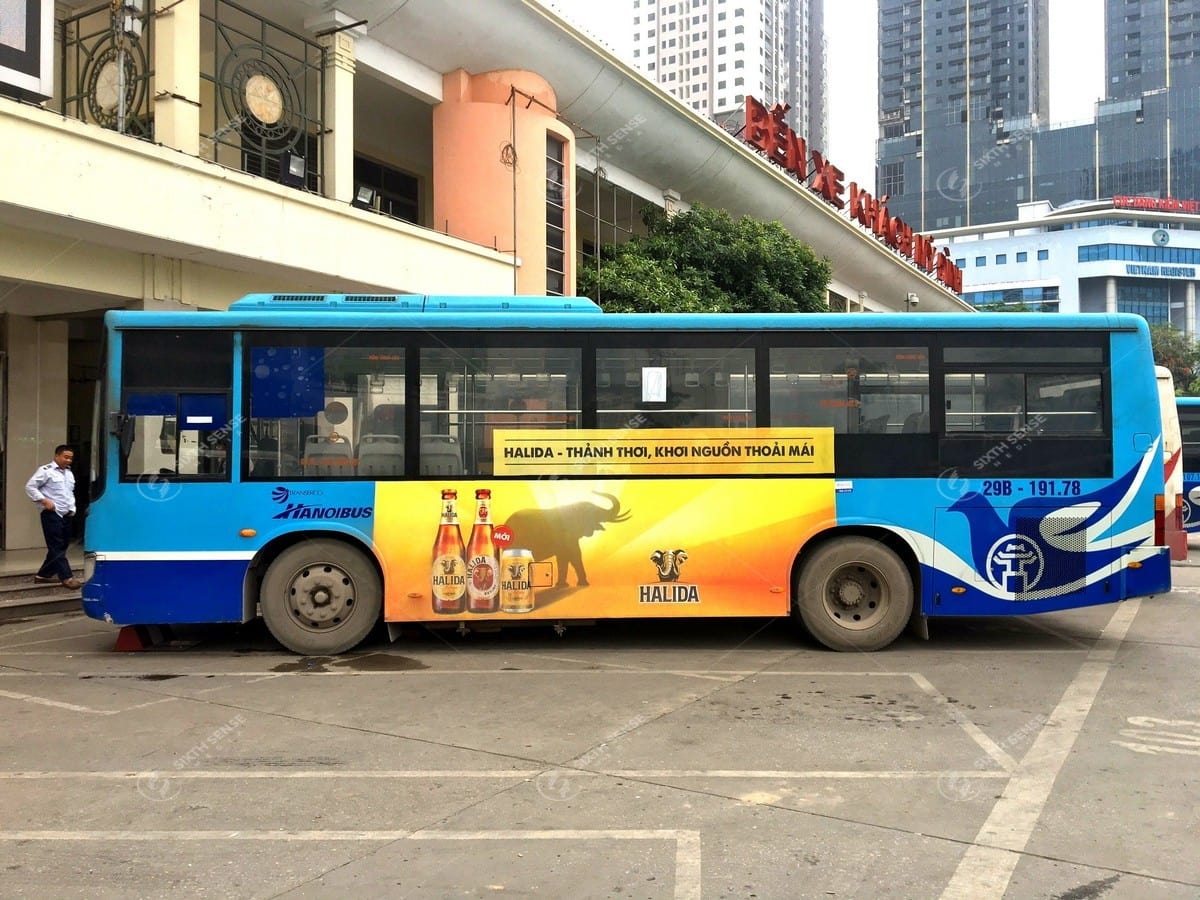 Bus advertising in Hanoi of Halida

Halida chose to stick advertising decals on both sides of the bus body in all 7 provinces and cities. This not only increases the display size, but also makes bus ads reach more customers. Every day, buses run continuously, appearing at locations according to fixed routes, reaching passersby and reminding them of the Halida beer brand. 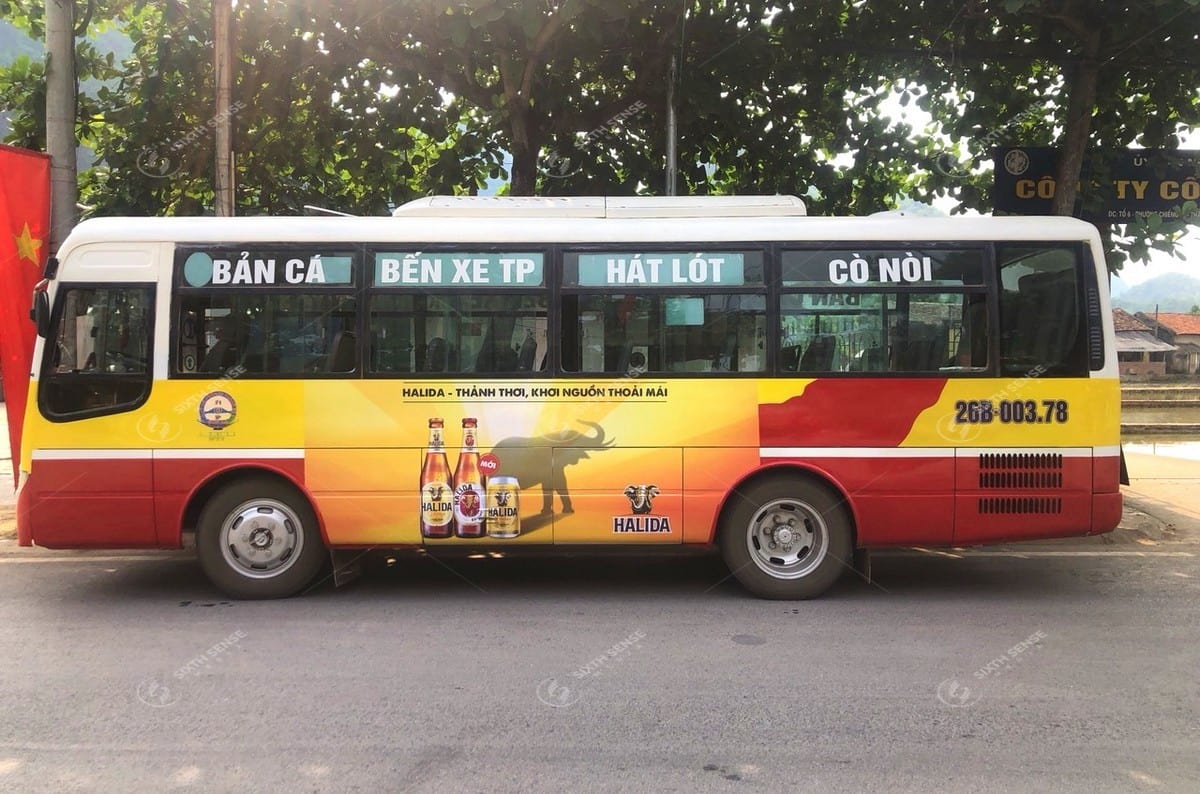 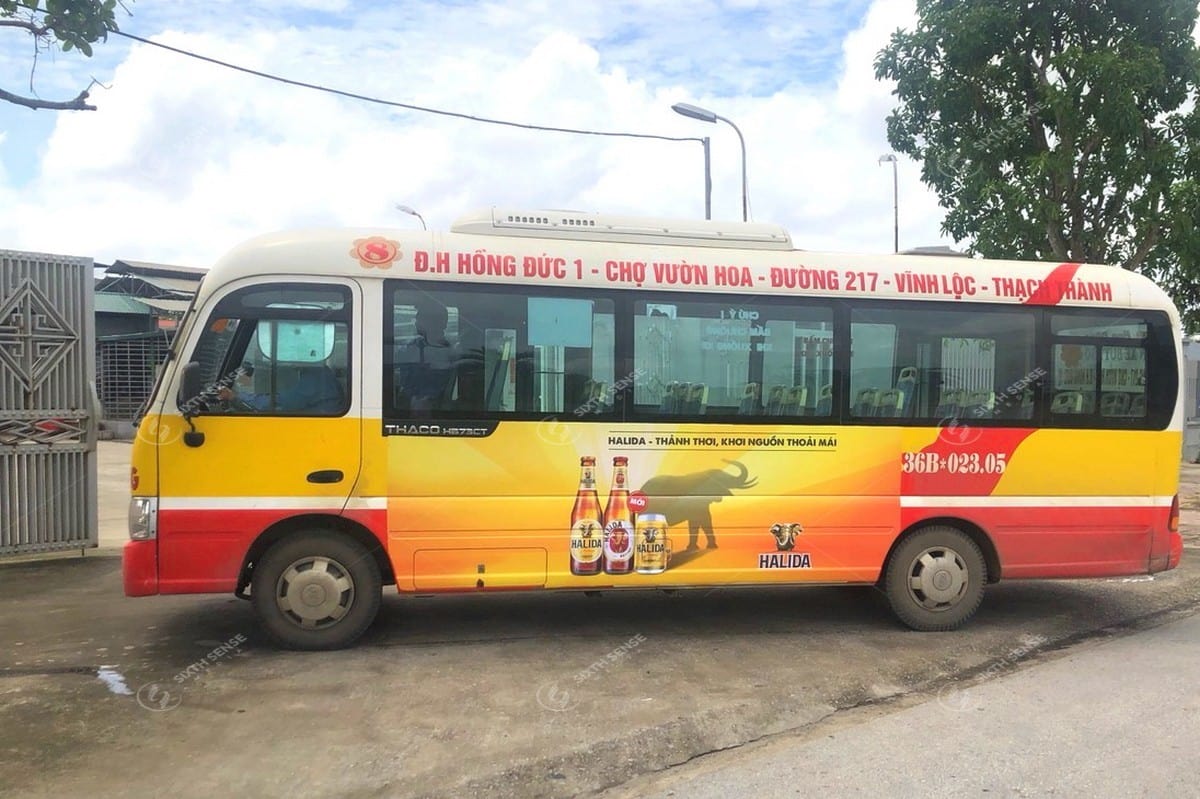 Advertising on buses in Thanh Hoa 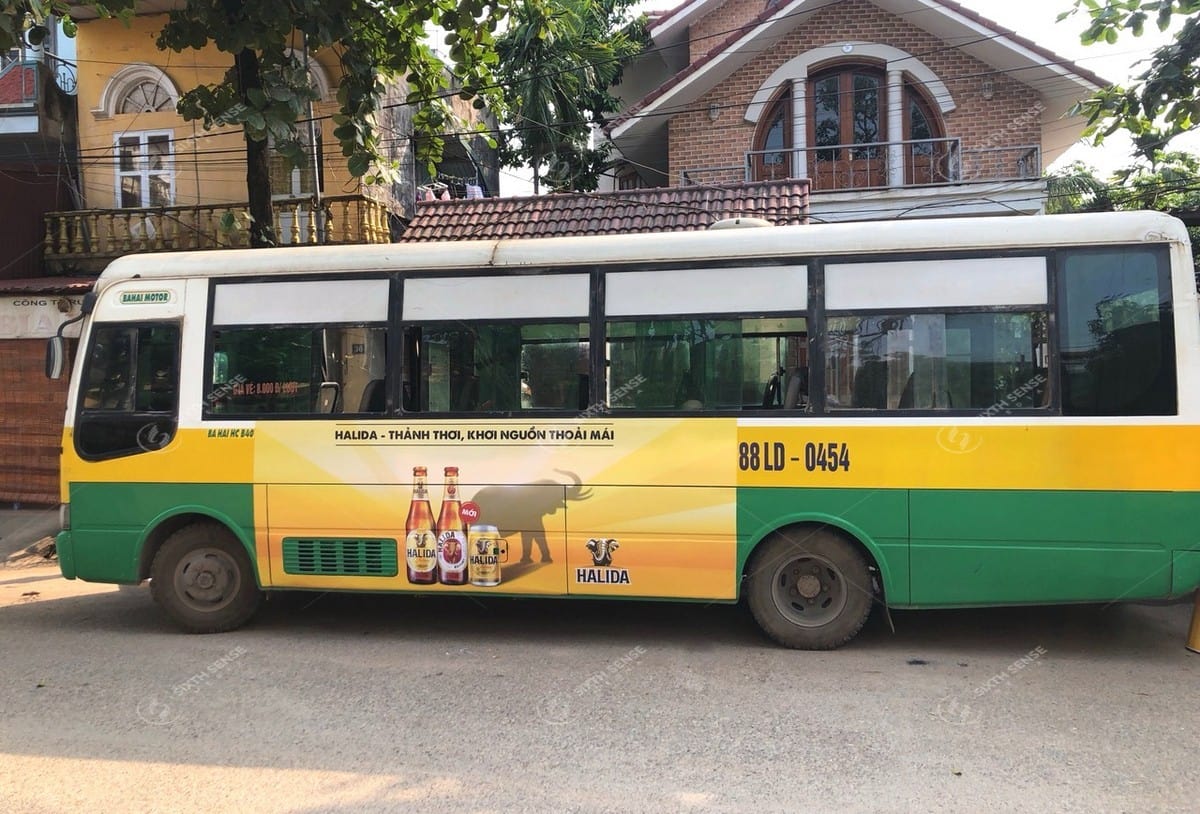 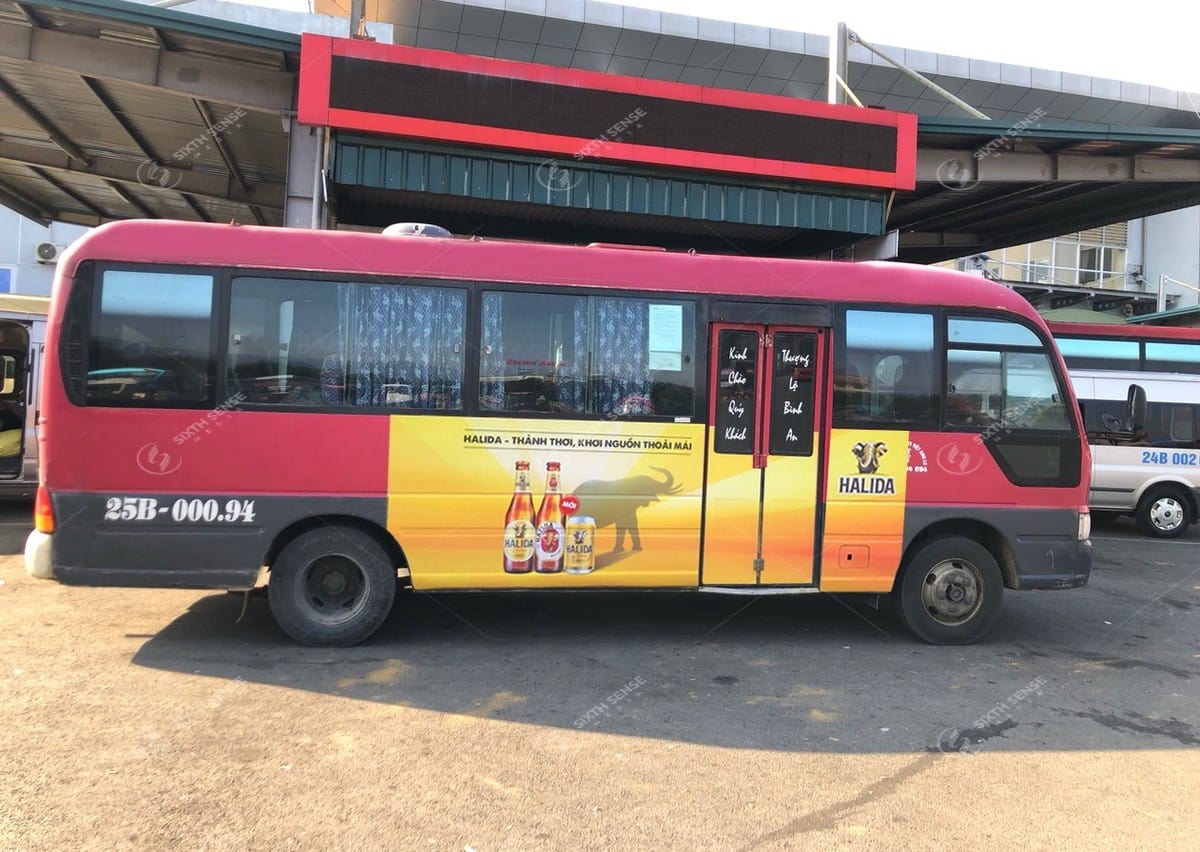 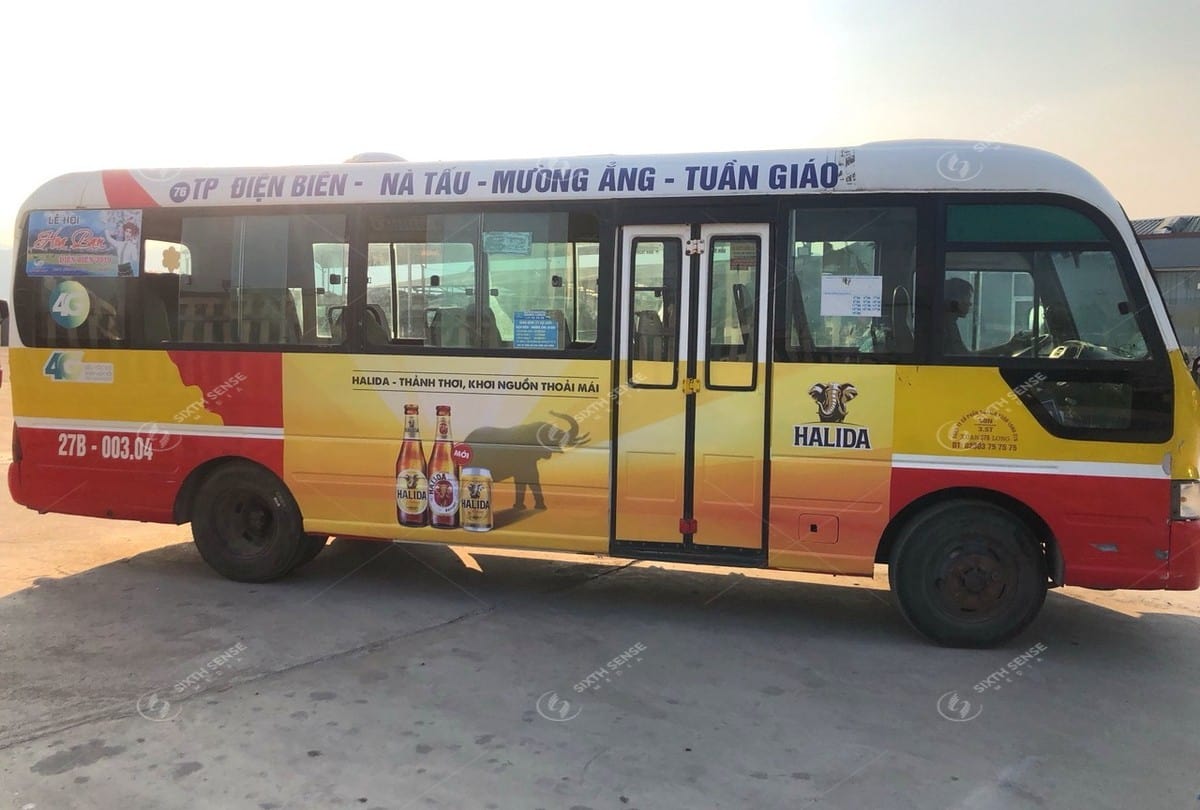 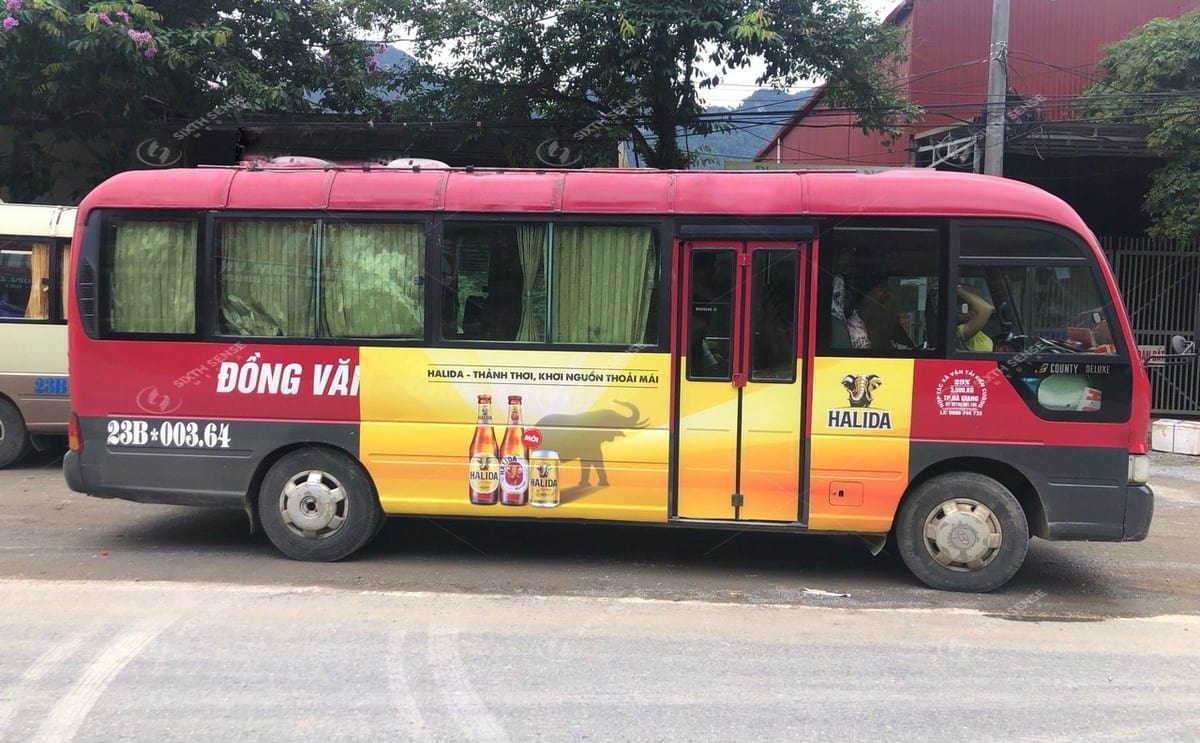 Receiving the trust and having the opportunity to cooperate with a big brand like Halida beer is a great honor of Sixth Sense Media. That’s why we have more motivation to try, provide all-inclusive bus advertising services with good quality and the best possible price.