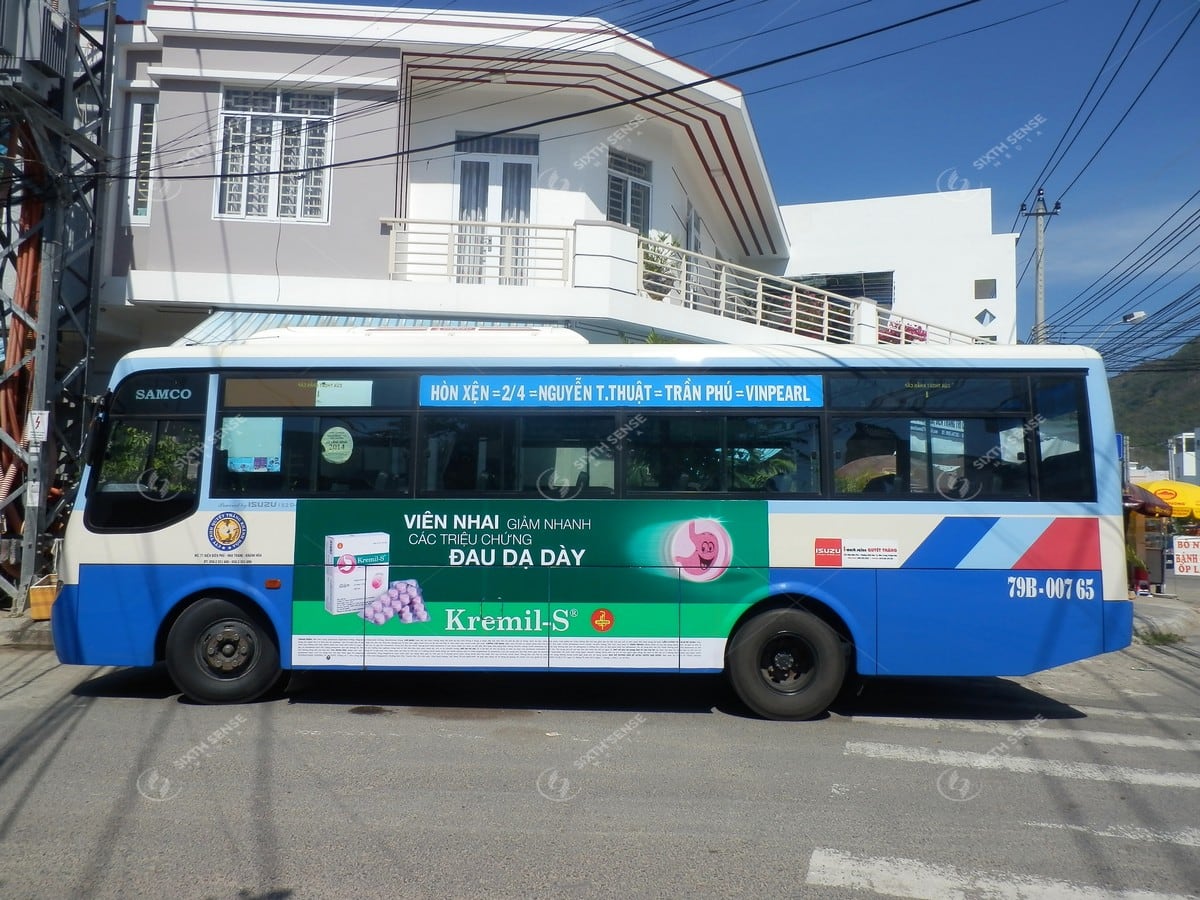 1. Kremil-S – A companion for a healthy stomach and duodenum

The hustle and bustle of modern life, stressful work and study, and wrong eating are the reasons why people have stomach and colon problems. Understanding that, UIP launched Kremil-S Tablet with effects such as: reducing symptoms of peptic ulcer, gastritis, esophagitis, indigestion, flatulence and ulceration of gastrointestinal mucosa .

Kremil-S can be chewed and then swallowed whole without water or swallowed whole with water. Therefore, Kremil-S is easy to drink, trusted by many customers. In particular, the composition of the drug is tested to be very safe, can be used for both pregnant and lactating women with normal doses. 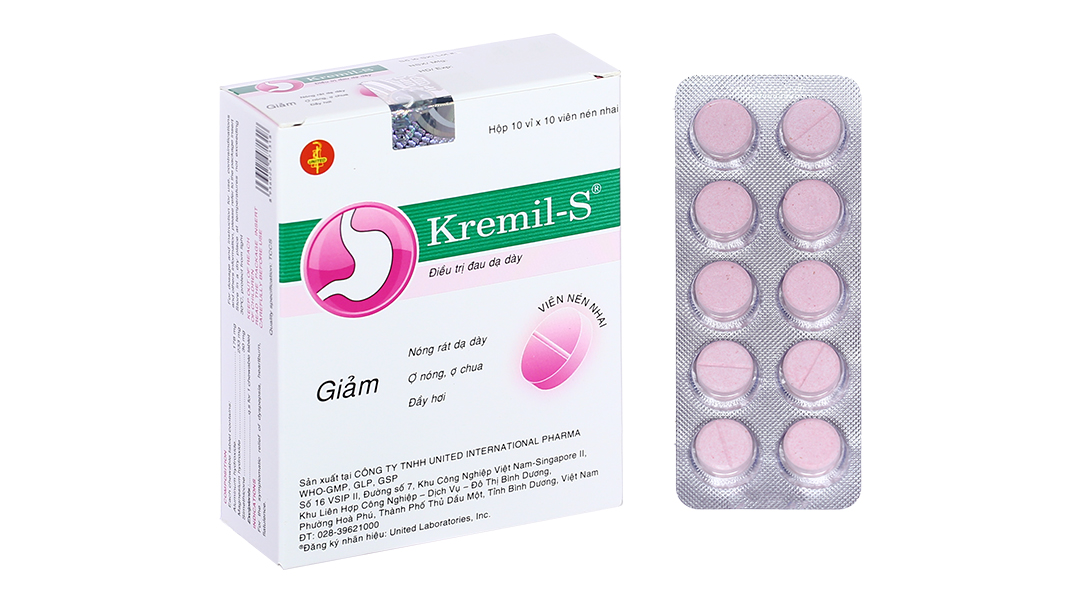 In each location, Kremil-S researches and places ads on bus routes running in the center, maximizing the number of customers that can be reached. The form of advertising is also super prominent by sticking decals on both sides of the bus body with large sizes. Every day, these giant mobile billboards will run back and forth along the route, attracting everyone in traffic. 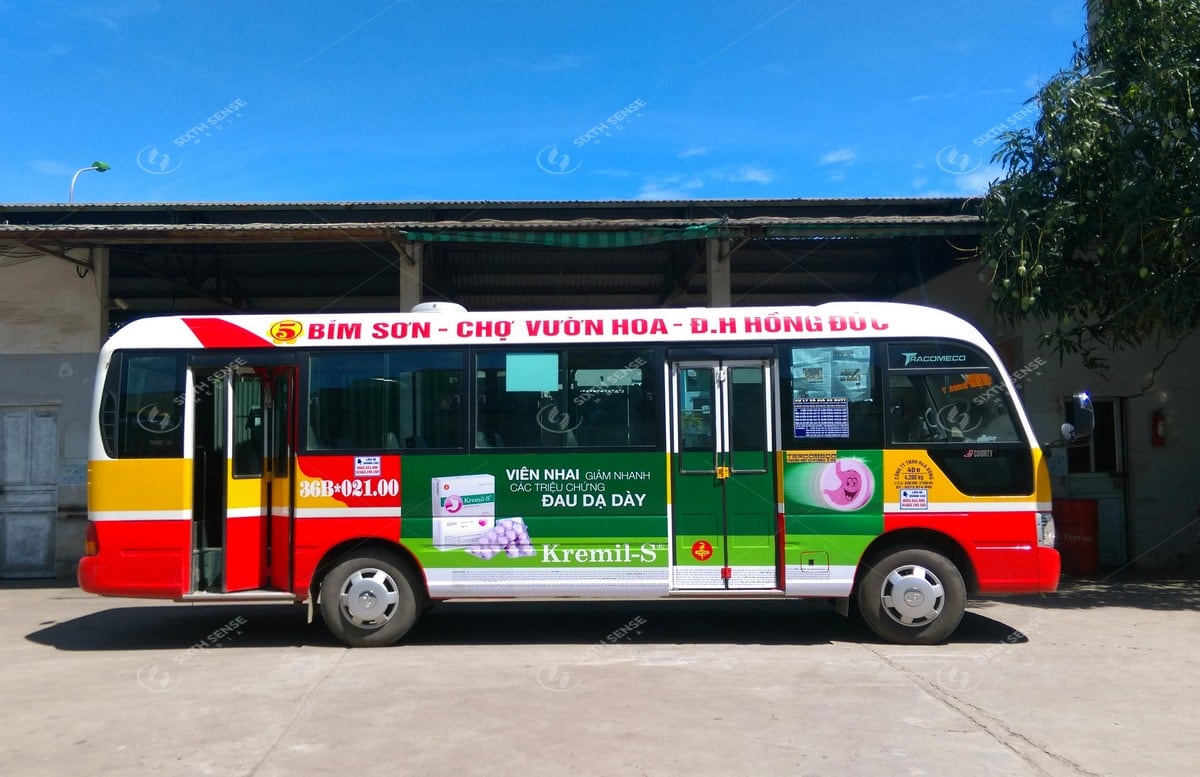 Without choosing a short-term campaign, Kremil-S’s bus advertising project was maintained by the brand for 12 months. On average, each bus operates from 12-14 hours/day to advertise. Thus, throughout the year, the buses work hard, bringing the Kremil-S brand everywhere, imprinted in the minds of millions of consumers. 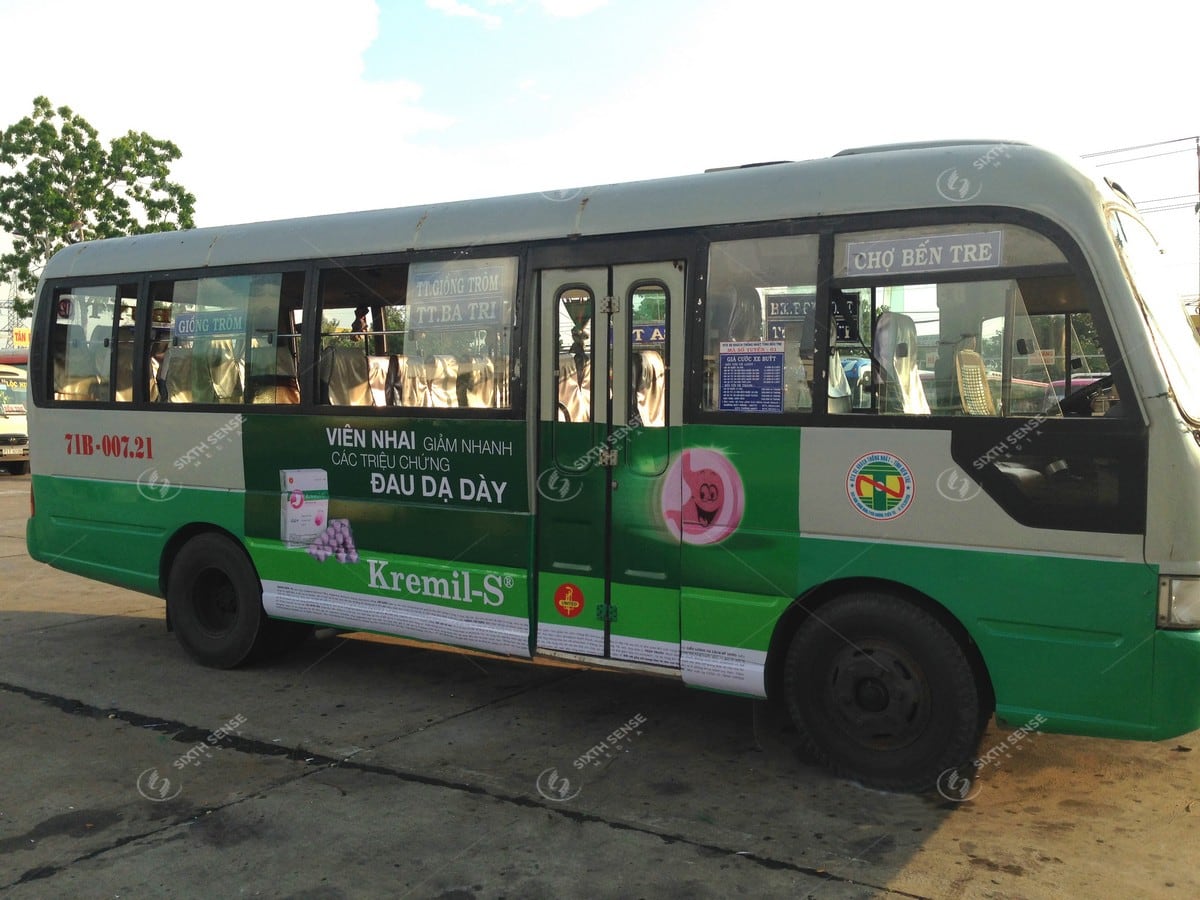 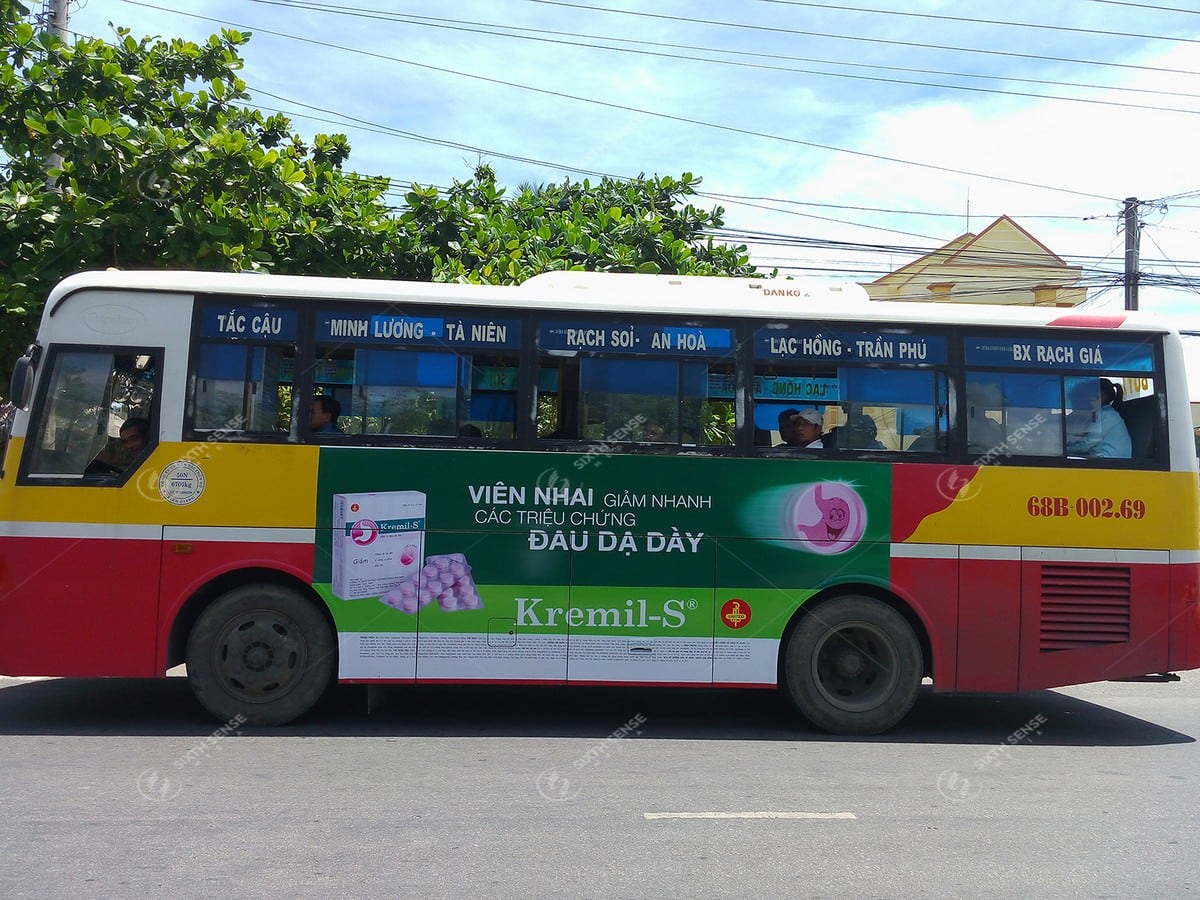 When looking for agency to deploy advertising, large companies like UIP will have many high and strict requirements. With its capacity and experience, Sixth Sense Media is very pleased to have proven and trusted by UIP to carry out a large-scale bus advertising campaign for Kremil-S Tablet.

The entire bus advertising project in 11 provinces is carried out by Sixth Sense Media from A – Z. We have good staffs with a well-developed and scientific working process. We are committed to our customers in terms of quality, progress and the best price!