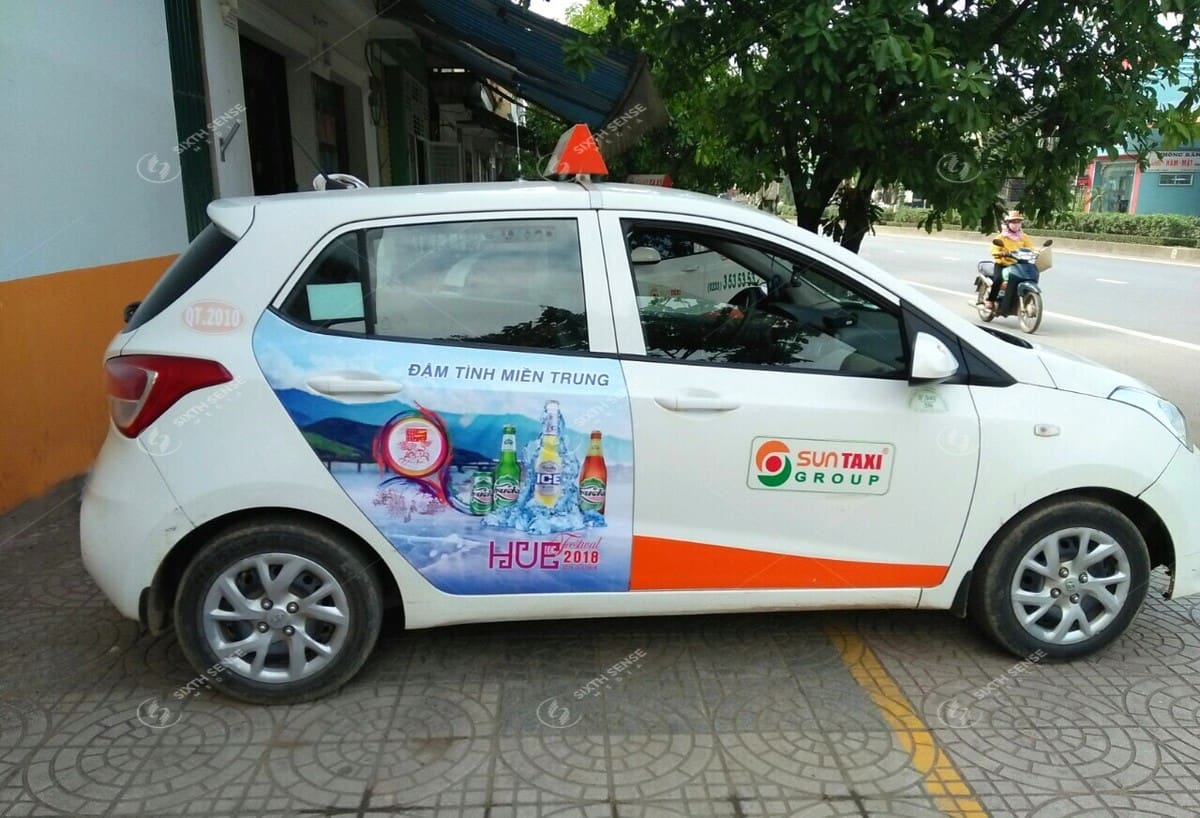 Since the 1990s, Huda Beer has appeared in the Central region and has become one of the beer brands deeply attached to the people here. Over the past 3 decades, Huda has constantly upgraded in both product quality and packaging to be “Delicious” in terms of enjoyment and “Beautiful and luxurious” in terms of looks.

Huda beer is produced by modern technology from Denmark with raw materials imported from Europe, and the secret of brewing beer has a history of nearly 170 years from the parent group Carlsberg. And in Vietnam, Huda has also received many international awards for quality.

Inheriting the quintessence and culture from the parent corporation Carlsberg – Denmark, Huda beer is also committed to long-term investment when contributing to the development of cultural and social values, as well as the economy of the Central region.

Huda Beer is one of the familiar sponsors for festivals held in the Central region, including the annual Hue Festival. And to both promote the festival and build more brand awareness, Huda launched a large-scale taxi advertising campaign. Not only Hue, but Huda also brought the image of the Festival and the brand to appear throughout 6 neighboring provinces by advertising on taxis.

Because of the large-scale deployment, the taxi companies participating in the project are also extremely diverse. In each province, Huda chooses both large taxi companies and local taxi companies. This not only ensures continuous advertising frequency, high coverage, but also balances communication costs and saves significantly.

Huda deployed advertising decals on both sides of the taxi door with a fairly large size. Since then, hundreds of mobile billboards have been formed on the streets, reaching out to locals and tourists to promote the festival as well as recall the Huda beer brand.

2.2. Advertising on taxis in Da Nang 2.3. Taxi advertising in Nghe An 2.5. Advertising on taxis in Quang Binh 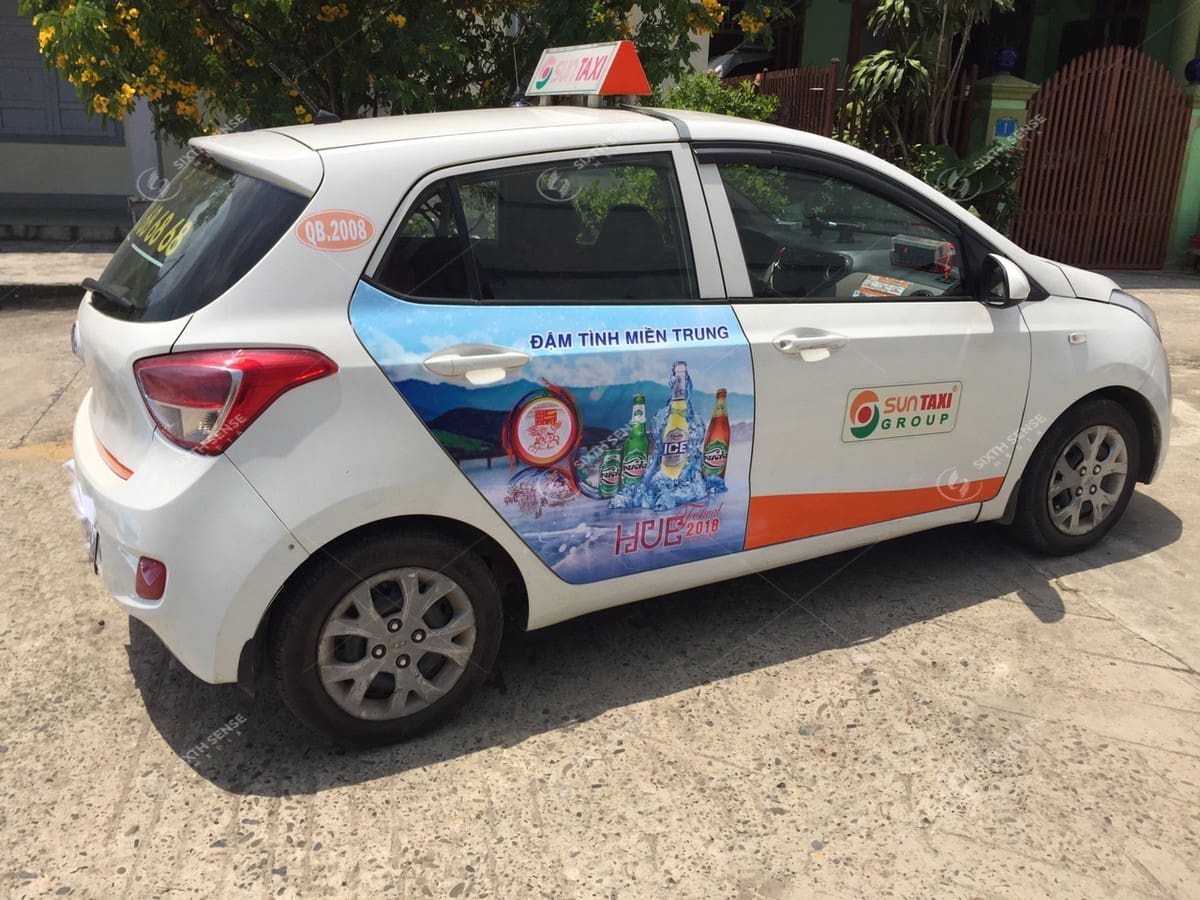 Receiving the trust from Huda beer to deploy a large taxi advertising project like this is both a joy and a motivation for Sixth Sense Media to prove its ability and high level of expertise to customers.

In this taxi advertising project in the Central region of Huda, Sixth Sense Media undertakes from A – Z all issues of: finding and renting taxis, editing maquette, printing and installing advertising. We provide decal warranty throughout the campaign to create trust and commitment to our optimal service quality with investors.