Check out the most common types of large outdoor billboards

You are here:
News 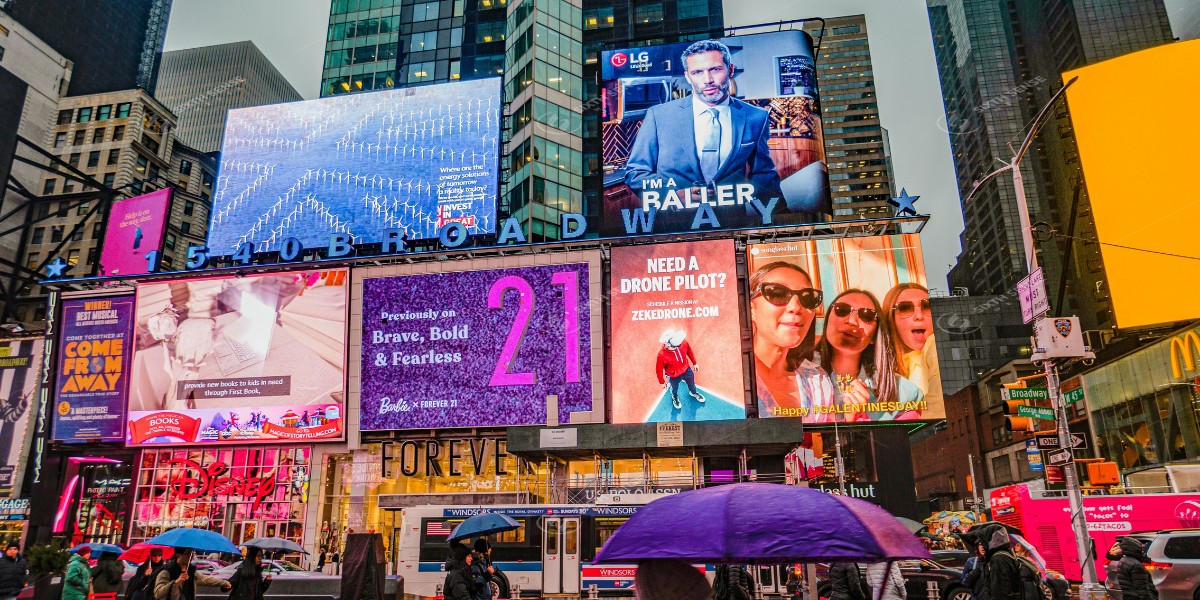 Large outdoor billboards are always the number one choice of many businesses in brand positioning and building communication campaigns. And in today’s article, let’s go into detail with Sixth Sense Media about all the most used outdoor billboards in Vietnam!

What is the large outdoor billboard plate?

Right from the name has partly helped readers imagine this kind of advertising medium. Large billboards are outdoor billboards with the size of 80m²-250m² located in both inner and outer urban areas.

Large signboards are usually located on a high altitude, with a wide, sweeping view on major roads, highways, junctions, intersections or on the roofs of tall buildings.

In addition to the traditional outdoor billboards with Hiflex canvas, today’s large billboards are upgraded and further improved thanks to the combination with modern technology.

Below are the types of large outdoor billboards that are most popular and used in Vietnam.

Pano advertising is a type of billboard billboards with a very high density appearing in urban areas, downtown areas. Therefore, the size of this sea type is also restricted below 100m².

Compared with other types of large billboards, billboards can save significantly on the area as well as the installation and construction process. Sea structure includes: iron bracket welded to the wall, Hiflex canvas and lighting system at night. 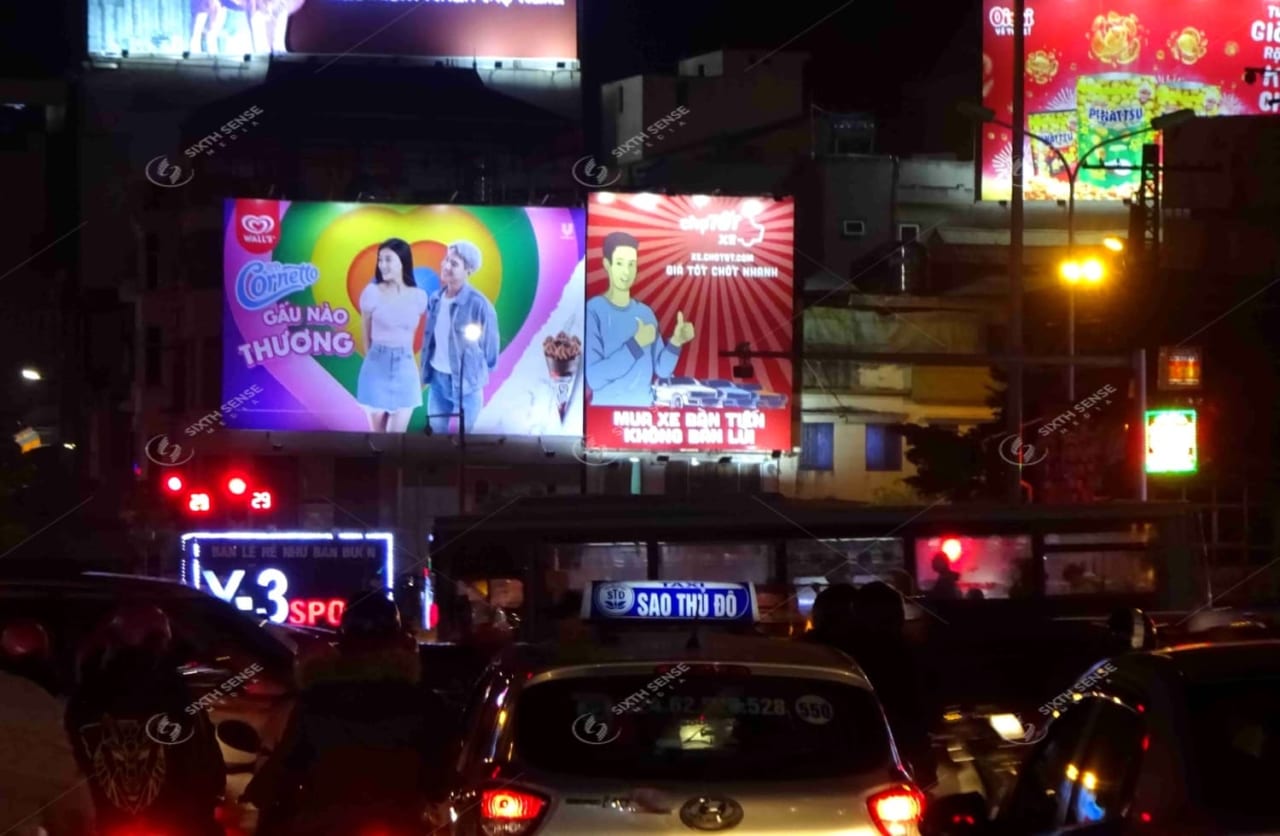 Billboard advertising is a form of billboard with more complex texture and more demanding construction techniques.

The billboard has a structure including: concrete pillars; iron sea support; Hiflex canvas and led lights, fluorescent lights illuminate the sea at night. Because of the quite large load, the construction and construction of billboard advertising requires meticulousness, accurate calculation every inch..

Trivision Billboard is an upgraded advertising billboard capable of creating the movement of images. This is thanks to a structure consisting of many triangular pylons placed next to each other, using an electric motor to rotate the flaps at an angle of 120 degrees per set time period..

When using billboard trivision, investors can change 3 different advertising contents. In terms of form, this type of billboard can both be installed as billboards and at times be built up a pillar system to form large billboards. 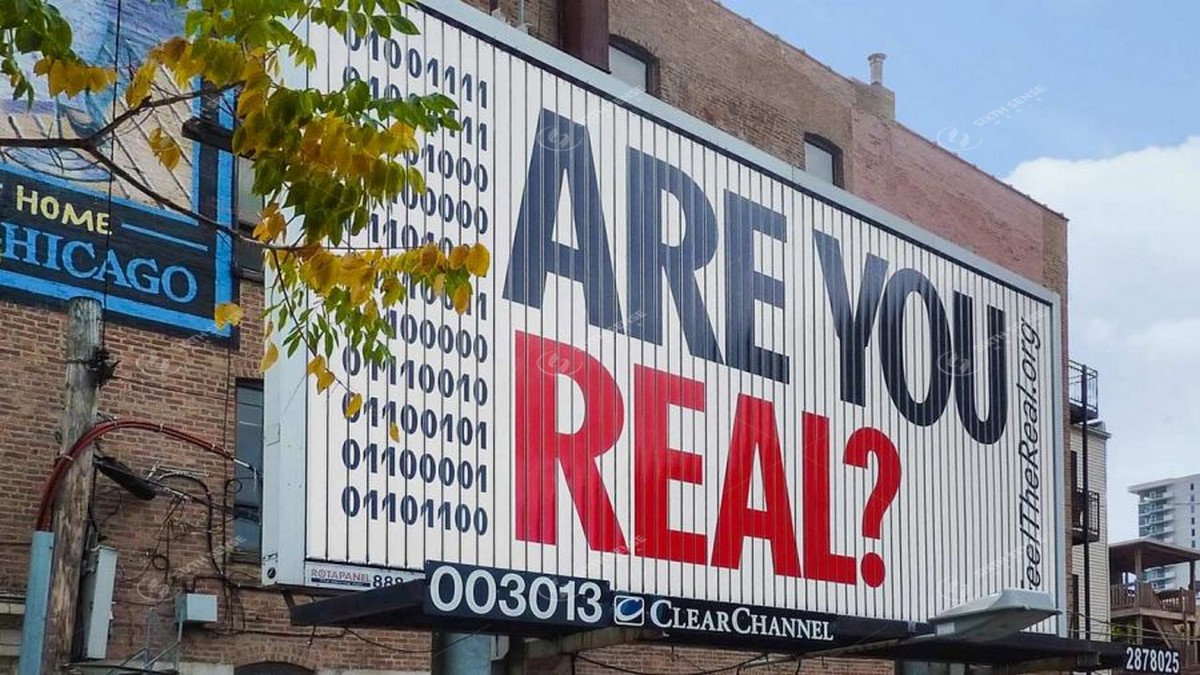 The led screen is a big breakthrough of the outdoor billboard market. No longer just boring still images, now, advertisers have “carried” an entire giant TV out to show to the public.

The outdoor led screen is assembled from many small LED panels to form a giant advertising screen. Here, investors can show videos, TVC advertisements in spots of 15s and 30s like on television. The frequency and time of advertising is programmed on the remote control system and at the request of investors. 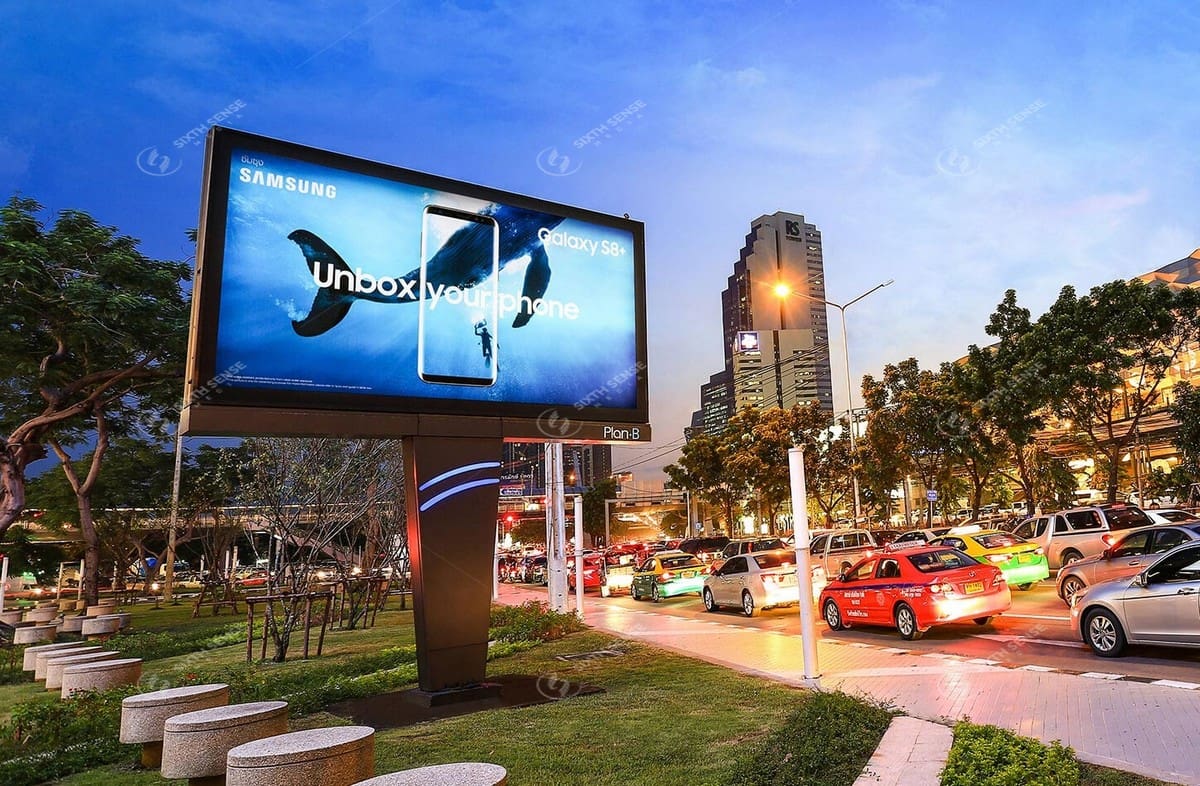 Whether to apply for a license to make outdoor billboards or not?

An important note for businesses that have been and are intending to use outdoor billboards as brand communication is a matter of legal procedures.

Thus, in addition to understanding and choosing the right form, businesses also need to understand the legal regulations on outdoor billboards. Any questions that need to be answered quickly, please contact Sixth Sense Media at: