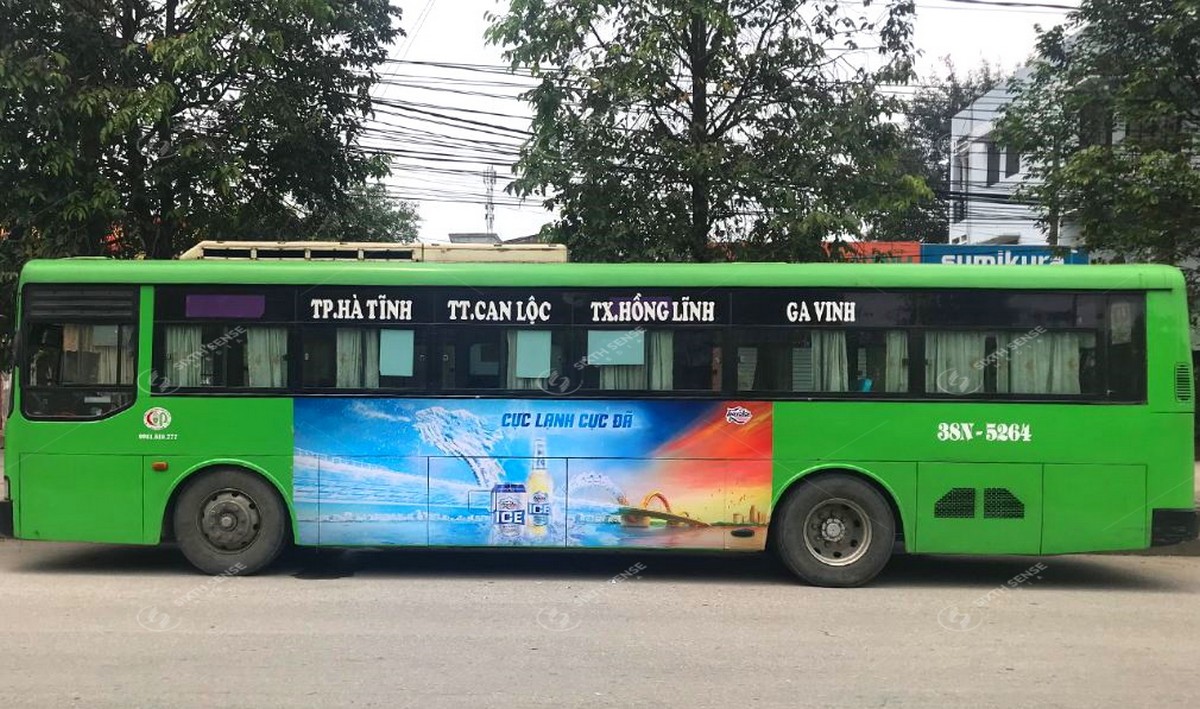 Carlsberg is one of the first Danish multinational companies to come to Vietnam since 1993. This is also a famous brand that owns famous beer product lines in Vietnam, including Huda.

Huda has become a familiar beer for generations of Vietnamese people. In 2018, Huda launched the Huda Ice Blast Beer with an extremely cold beer taste and a modern and youthful appearance. In addition to high-quality materials imported from Europe, the special feature that makes Huda Ice Blast is the cold brewing process at -1˚C. The cold brewing process helps to retain the full aroma, mild bitterness and refreshing cool feeling.

Right after its launch, Huda Ice Blast Beer quickly won many prestigious awards. The most prominent are the iTQi Outstanding Quality Award in 2018, 2019 and 2020 in Belgium and the noble Gold award of Monde Selection in 2020 and 2021.

Currently, Huda Ice Blast is available on the market with both bottled and canned versions, which are very convenient for consumers. Summer has come, the sunshine of Central Vietnam will be dispelled somewhat when you enjoy Huda Ice Blast! 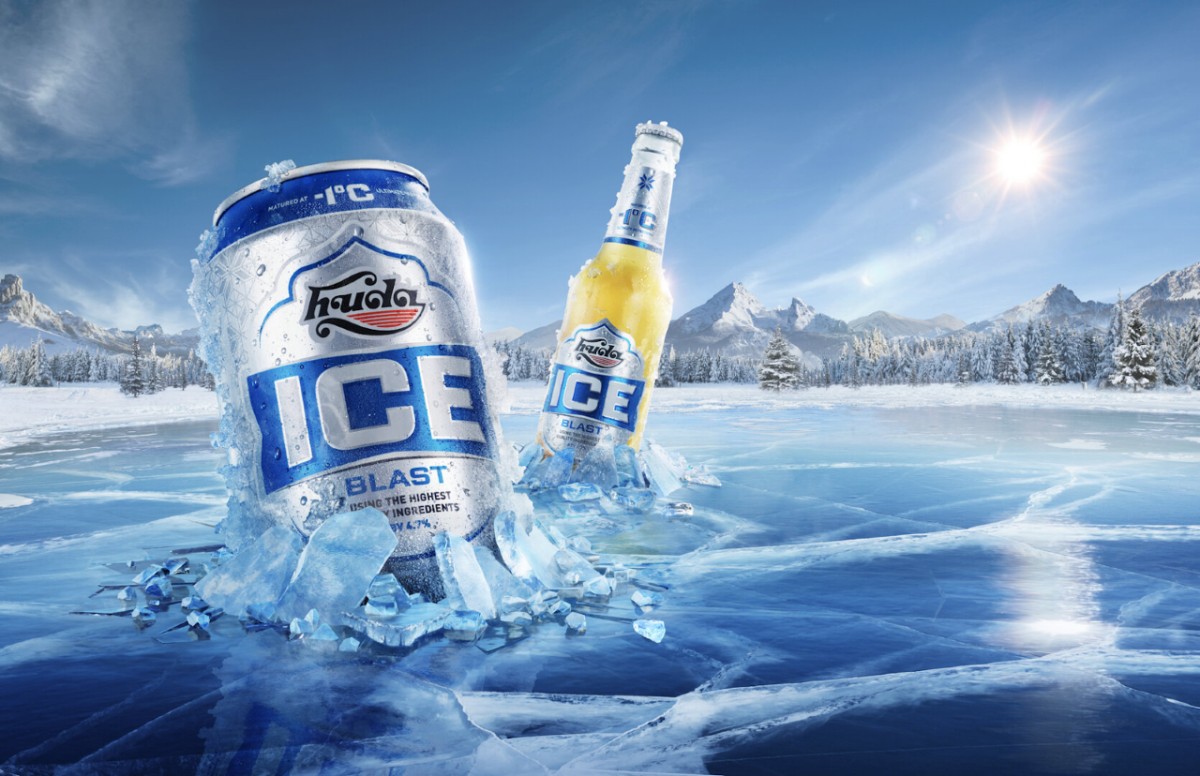 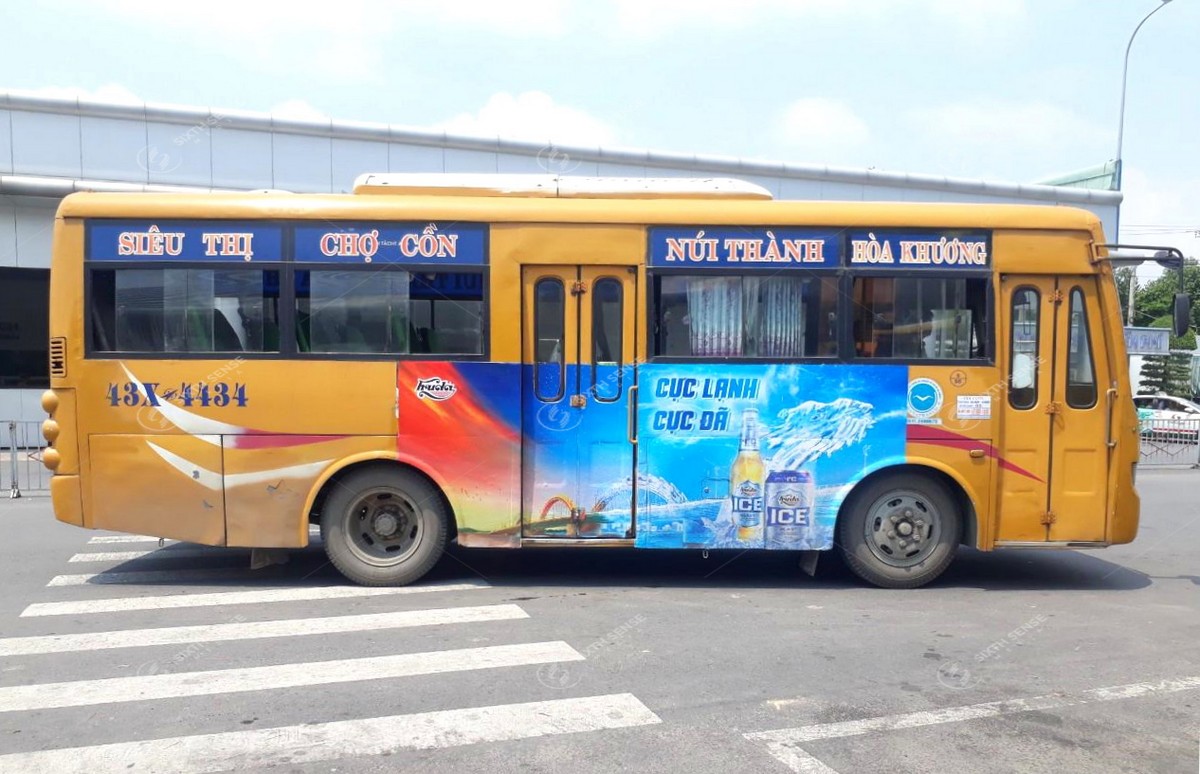 Huda Ice Blast chooses the bus routes with the most ideal routes in the provinces. Specifically, the bus routes have routes operating in the central area of ​​​​provinces and cities, bringing ads to appear in the most crowded areas. Besides, combine more ads on intercity buses to connect and expand advertising deployment areas. 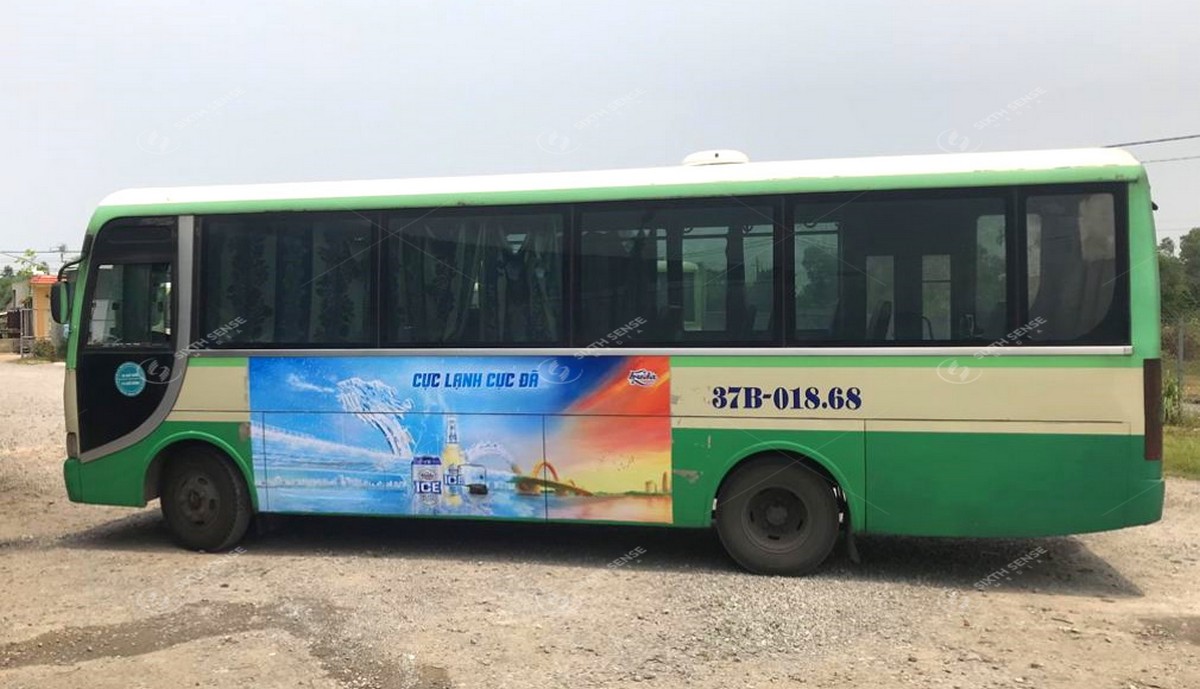 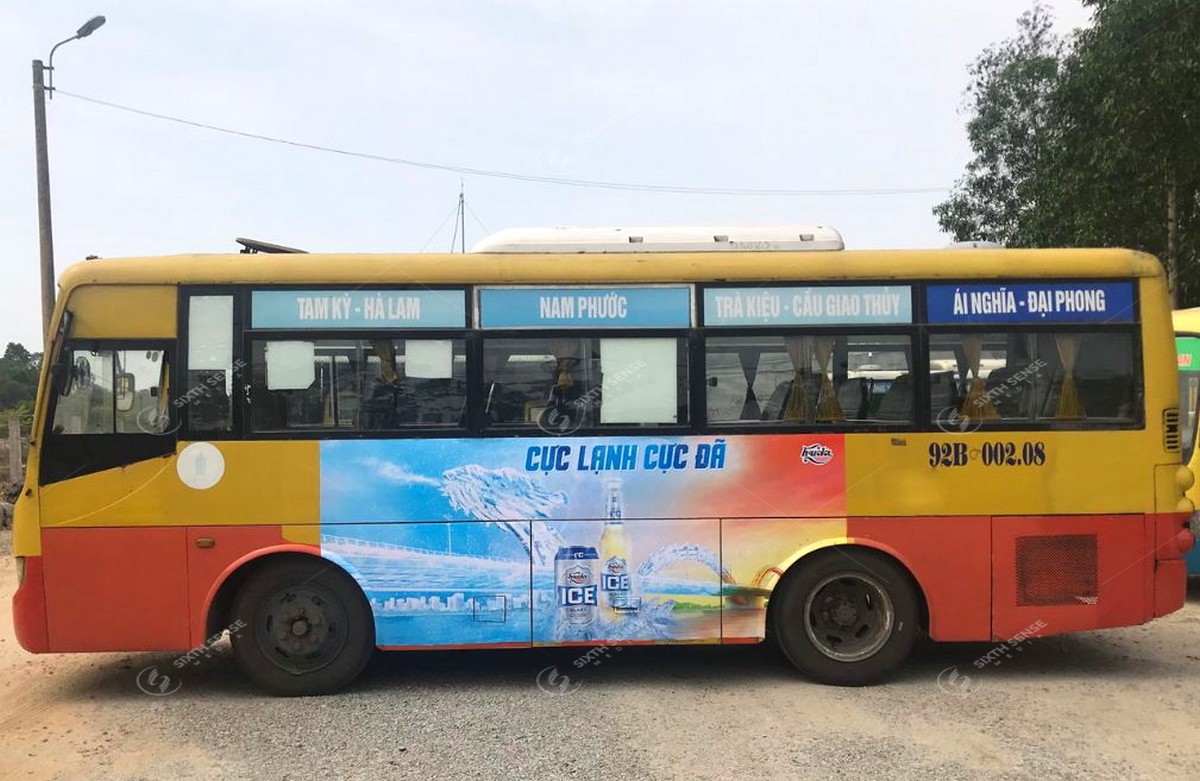 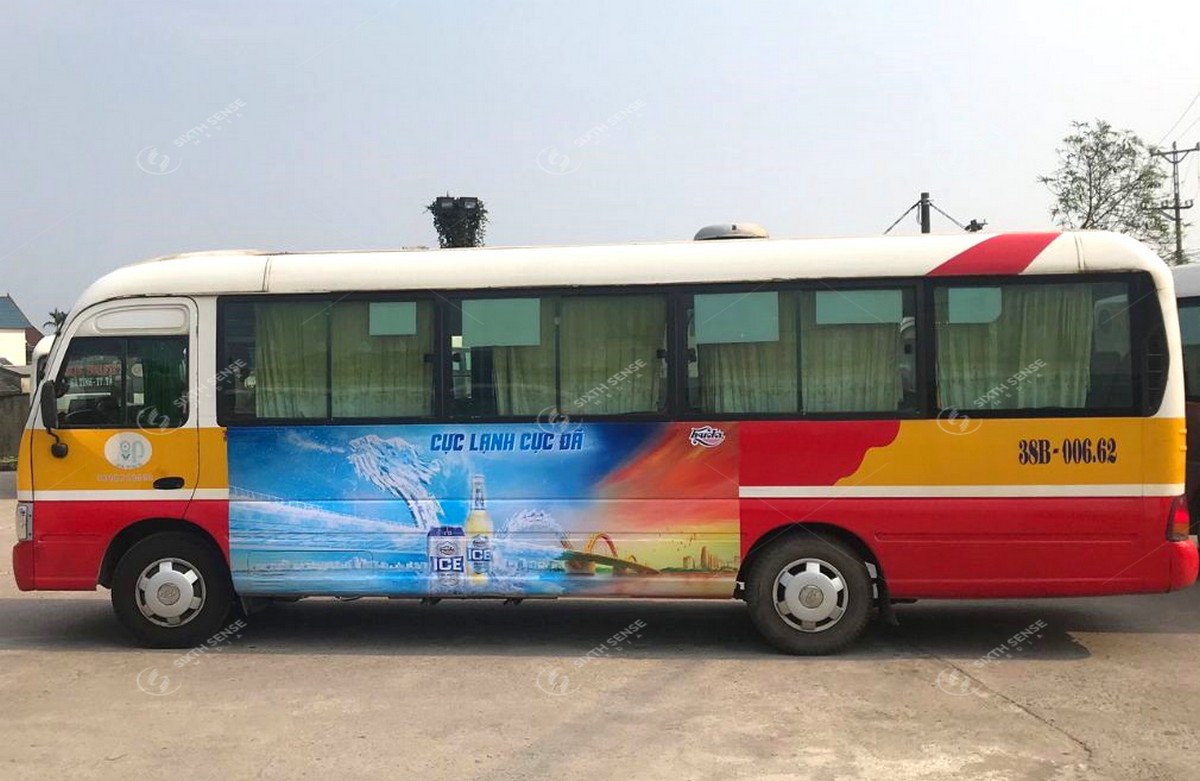 With a wealth of experience, high expertise, proven service efficiency and benefits for businesses, Sixth Sense Media is very happy to have satisfied a big brand like Huda beer.

We specialize in providing bus advertising services in 63 provinces and cities nationwide with full support, special attractive quotes. So whenever you need to implement bus advertising, please contact us right now!

The bus advertising project was implemented by the Food Safety Management Authority of Bac Ninh to convey 4 messages about health-related issues to everyone.