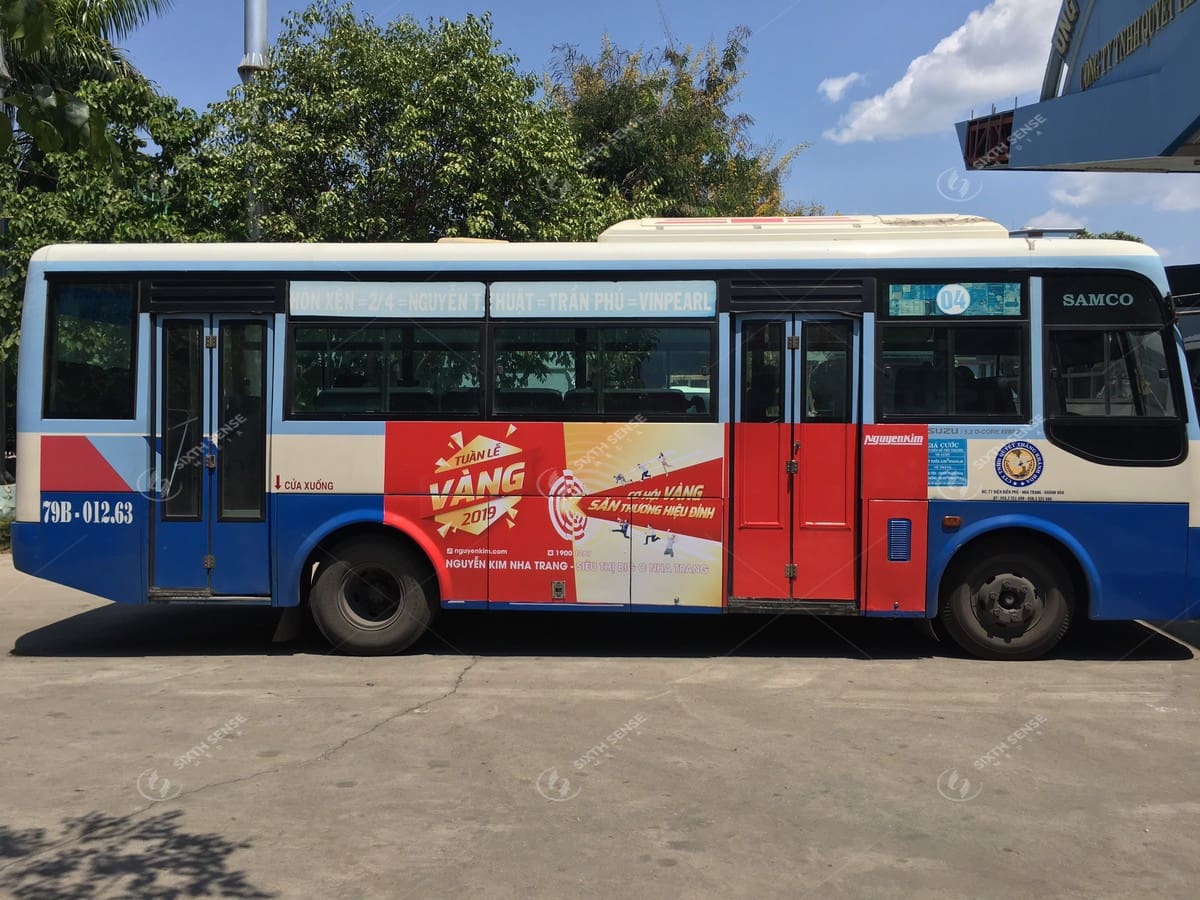 For many years, Nguyen Kim continuously holds the position in the Top 1 of retailers of electronic and electrical goods in Vietnam. Six key business lines include: Electronics, Refrigeration, Digital, Entertainment, Telecommunication, Household, with more than 50,000 genuine products of the world’s leading brands such as: Sony, LG , Panasonic, Samsung, Sanyo, JVC, Toshiba, Elextrolux,…

On the occasion of the 23rd birthday celebration, in addition to the “terrible” offers for items, Nguyen Kim also offers the “Winning lottery” program with a prize set of up to VND 3.5 billion in response to the trust and support of customers in recent years.

Nguyen Kim Electronics Supermarket celebrated a brilliant 23rd birthday. This is both an opportunity for Nguyen Kim to reposition the brand in the market, and an opportunity to thank customers. In order for the attractive birthday promotion program to be known to a large number of users, Nguyen Kim has implemented a large-scale bus advertising campaign.

Nguyen Kim’s bus advertising is made in large size in the form of advertising decals on both sides of the bus body. Images and content of media messages are displayed eye-catching, clear and extremely prominent.

The bus advertising campaign on a large scale brought the brand to appear everywhere, attracting customers to participate in Nguyen Kim’s big promotion. 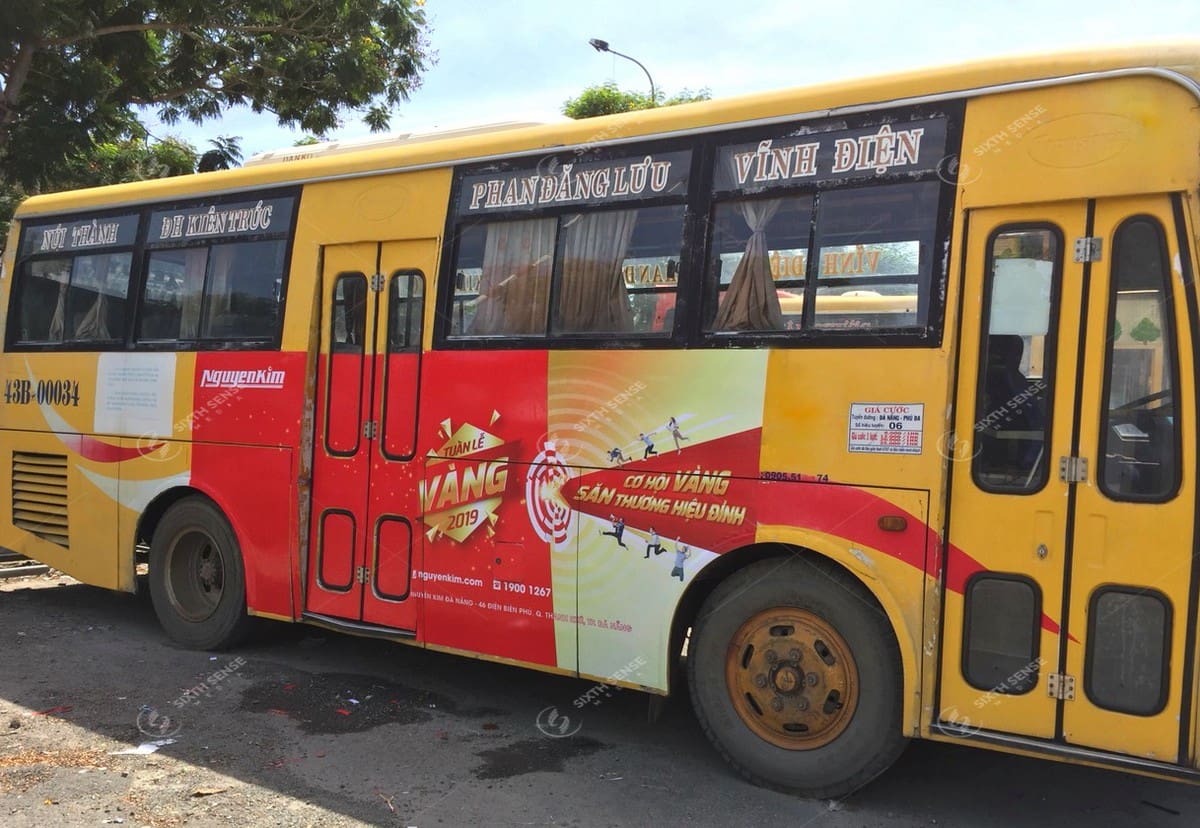 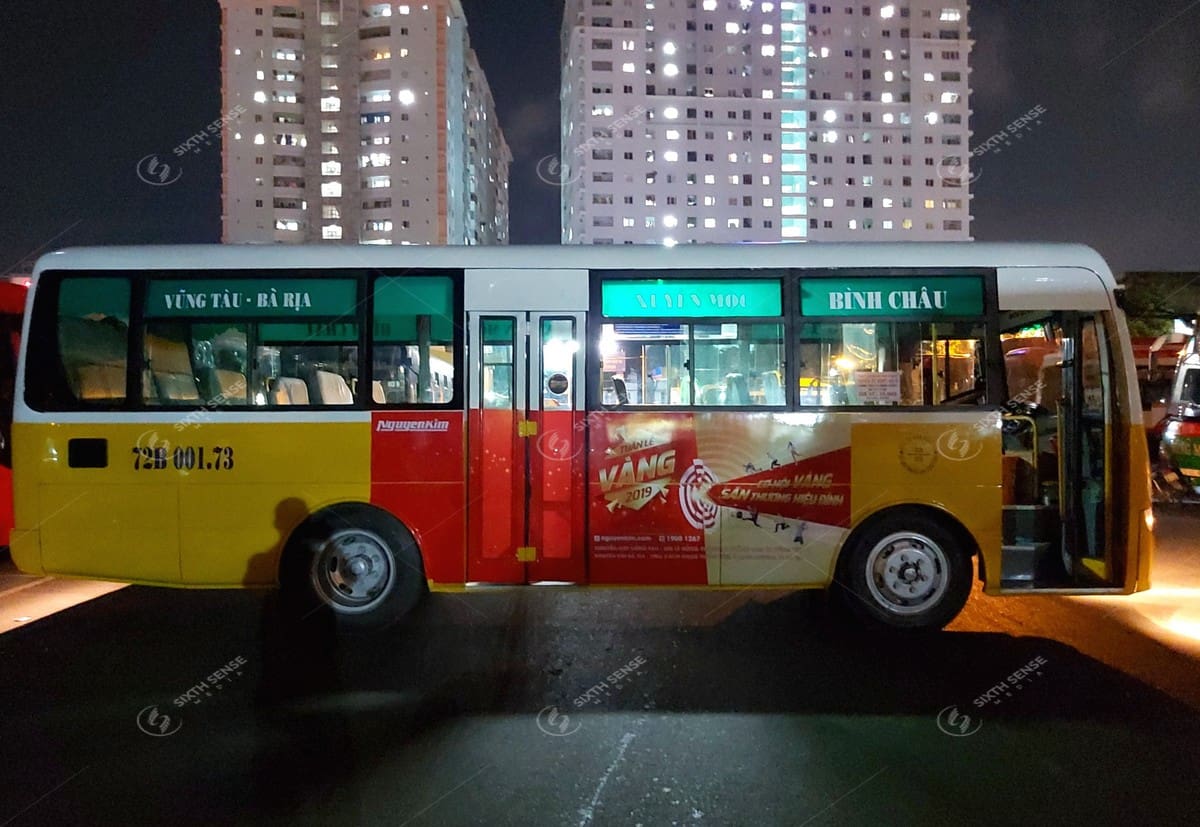 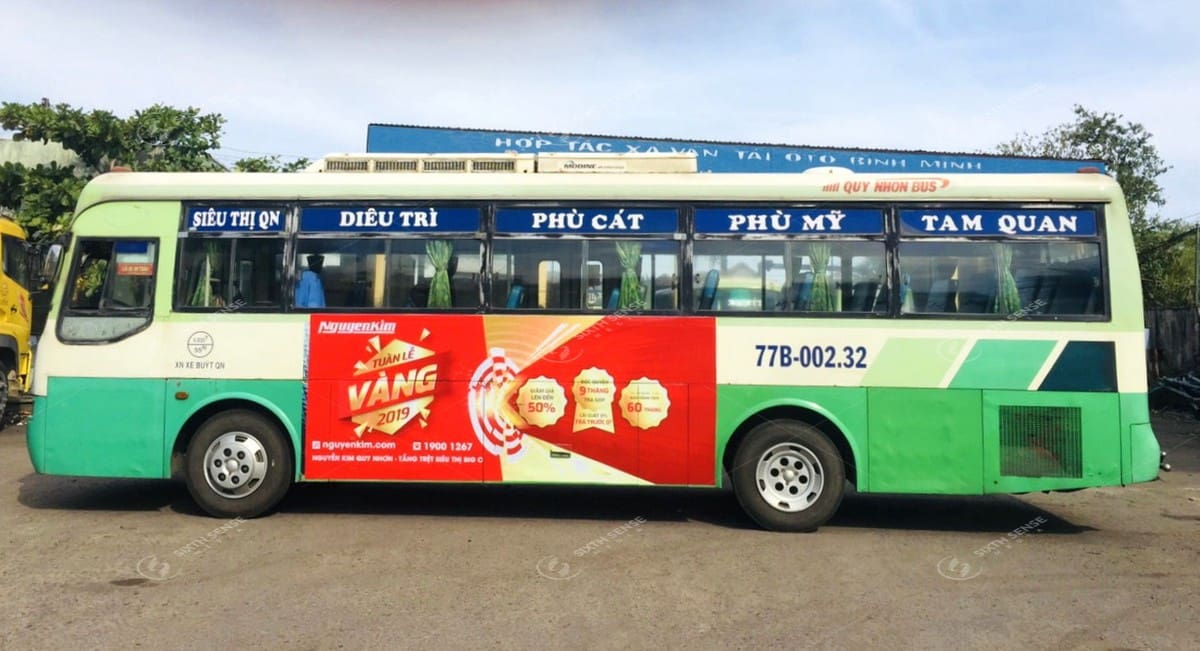 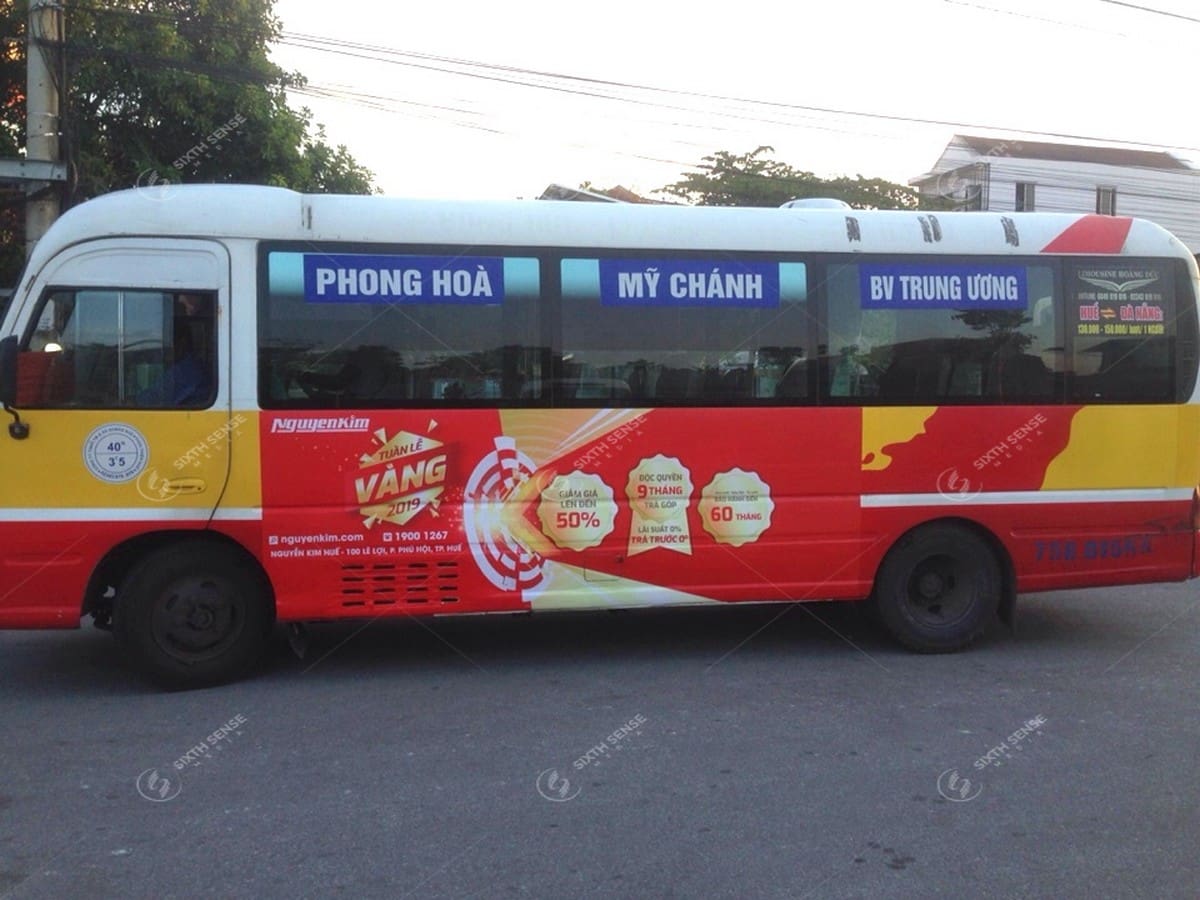 Sixth Sense Media is very honored to work with Nguyen Kim to deploy a “super terrible” bus advertising project like this! Although it is a project that requires a large number of vehicles, deployed simultaneously on a large scale, but with capacity and experience, Sixth Sense Media still directly undertakes from A – Z!

Sixth Sense Media is a professional bus advertising company in 63 provinces and cities. We are partners of all the largest bus rental transport units in each province. Together with a team of elite personnel, Sixth Sense Media confidently brings the most effective, fast and economical campaigns to businesses!