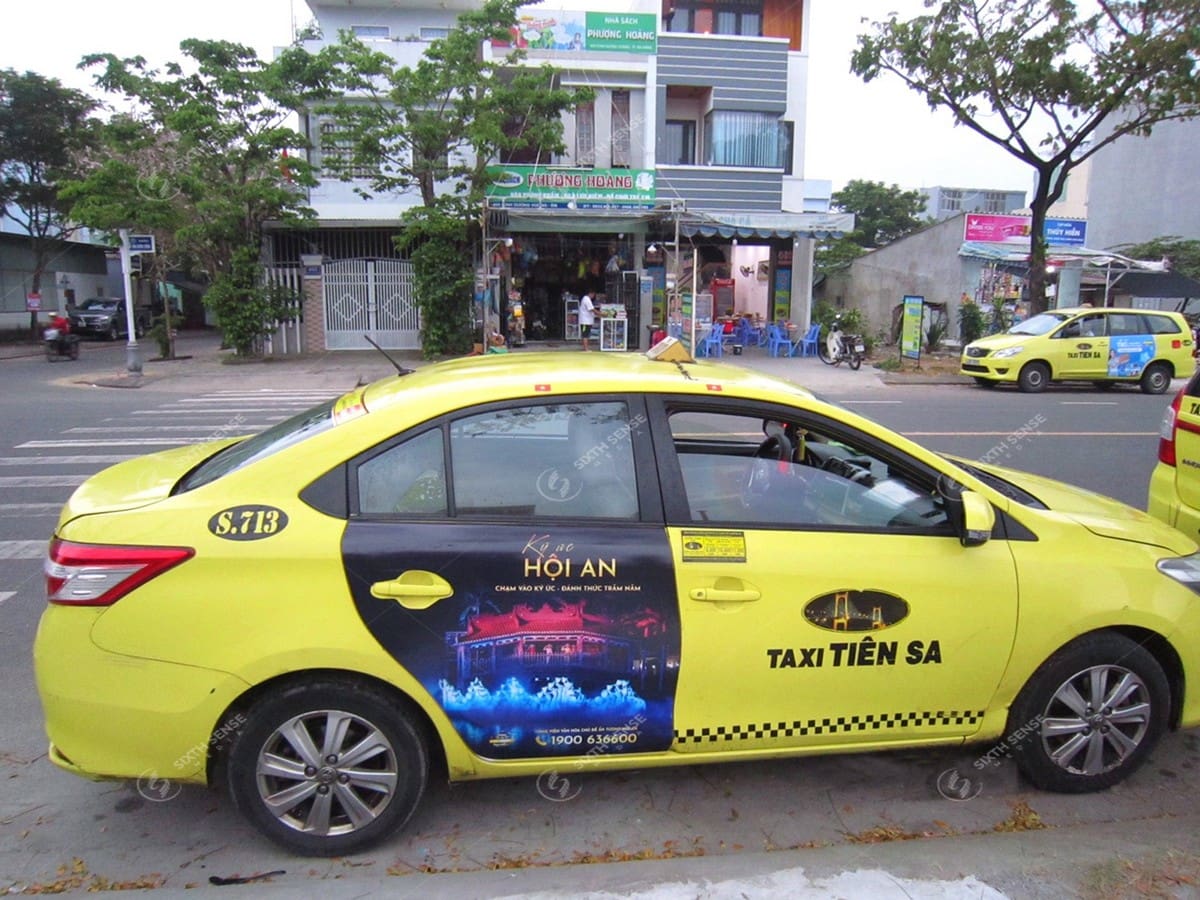 1. Hoi An Memories Show – The journey to tell Vietnamese stories to the world

Right from its premiere on March 18, 2018, ” Hoi An Memories” immediately created a great resonance and special impression with hundreds of thousands of domestic and international audiences. The show is considered a “visual feast”, becoming a famous phenomenon that all tourists to Hoi An should definitely watch.

The show was held on a giant stage with the background including typical architectural works of Hoi An – an island in the middle of Hoai River. Each show has more than 500 actors performing on a stage of 25,000m² with a length of nearly 1km with world-class outdoor lighting and sound system. 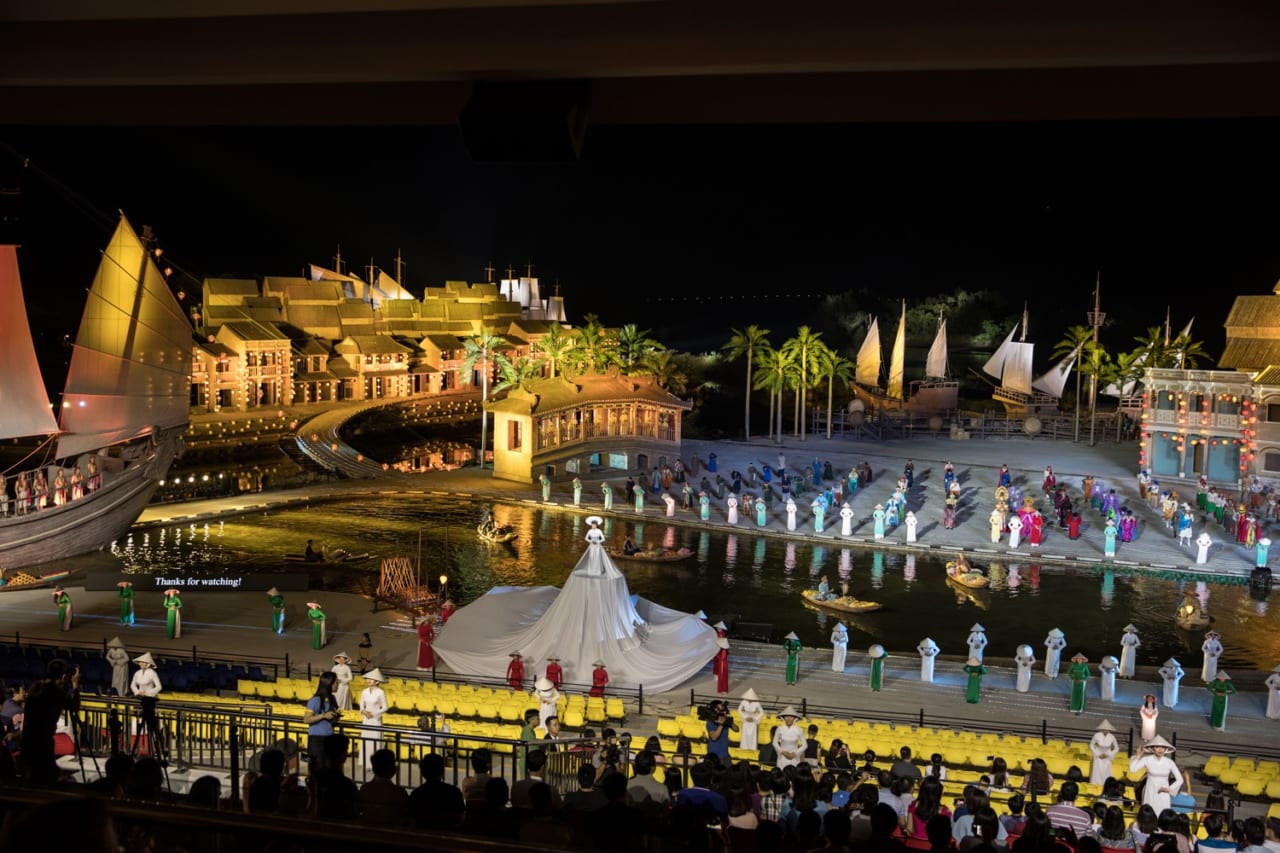 “Hoi An Memories” takes viewers back in history to Hoi An in the 16th and 17th centuries to witness the ups and downs of Hoi An over the course of 400 years of history – a place where cultures intersect, connecting Vietnam to the legendary maritime Silk Road. Each show lasts 70 minutes with 5 performances, 5 stories.

Right after the end of the first show, ” Hoi An Memories ” was quickly praised by Reuters.com – the world’s largest news agency and more than 300 international newspapers as “the most beautiful show in the world”, “global phenomenon”. At the same time, Guinness holds the record as the daily art show with the largest number of actors and the record for the largest outdoor stage performance.

In 2019, Sixth Sense Media is pleased to accompany the implementation of the taxi advertising project for the impressive show “Hoi An Memories”. Specifically, we implemented an advertising campaign on Tien Sa Taxi in Da Nang, Quang Nam for 3 months.

The time to deploy the advertising project is in May, June and July. This is the time when the number of tourists coming to Da Nang and Hoi An increases dramatically. Launching an advertising campaign at this time is not only for promotional purposes, but also can attract customers directly to see this show. 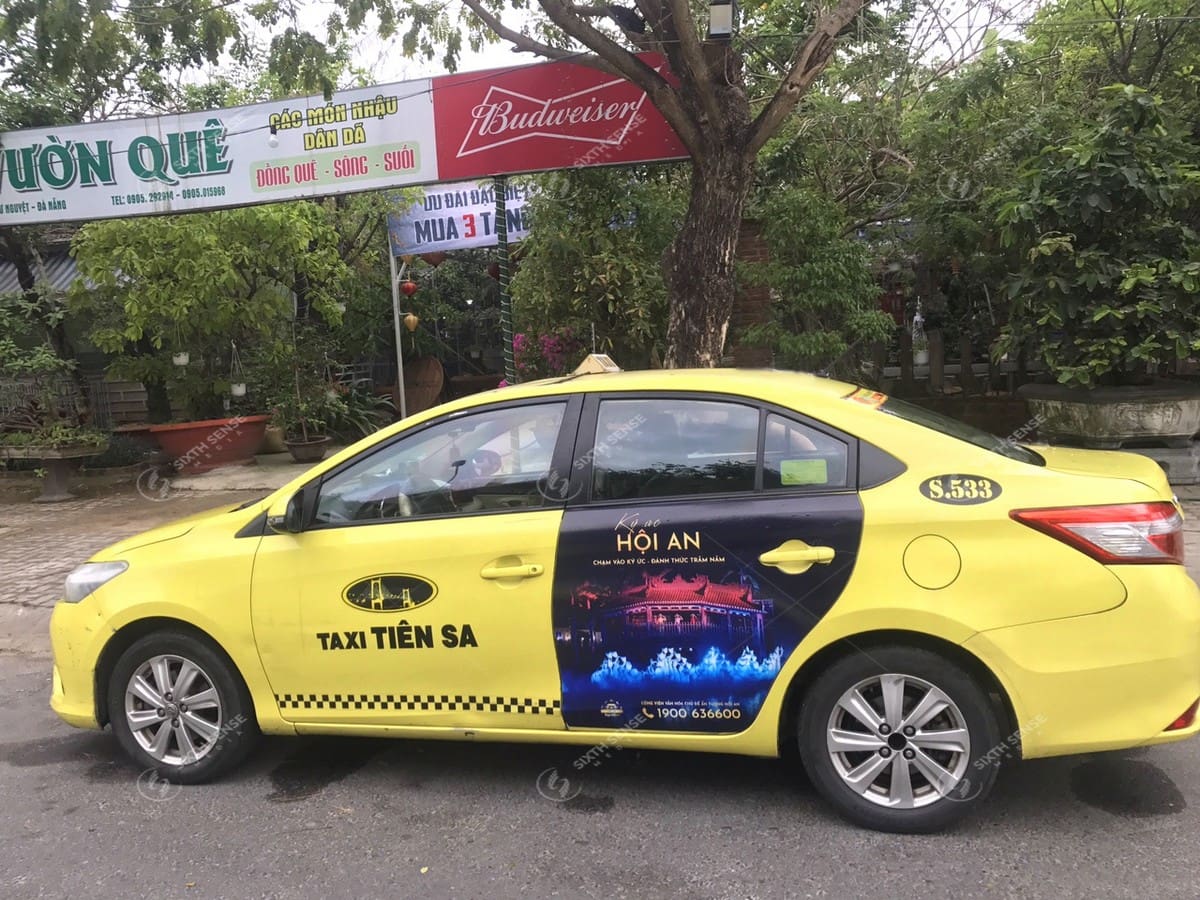 Taxi Tien Sa is one of the most popular taxi companies in Da Nang and Hoi An. Therefore, when advertising on Tien Sa taxi, the image of the Hoi An Memories Show spread everywhere, appearing in the vision of thousands of people every day.

Advertise outside taxis as mobile billboards. The range and operating frequency are unlimited. In addition, the project incorporates the form of placing advertising leaflets inside the taxi. With this form, the information about the show is conveyed in more detail, more complete, and has a high ability to convince customers. Most of the commuters are tourists, so it will be a potential customer file that cannot be ignored! 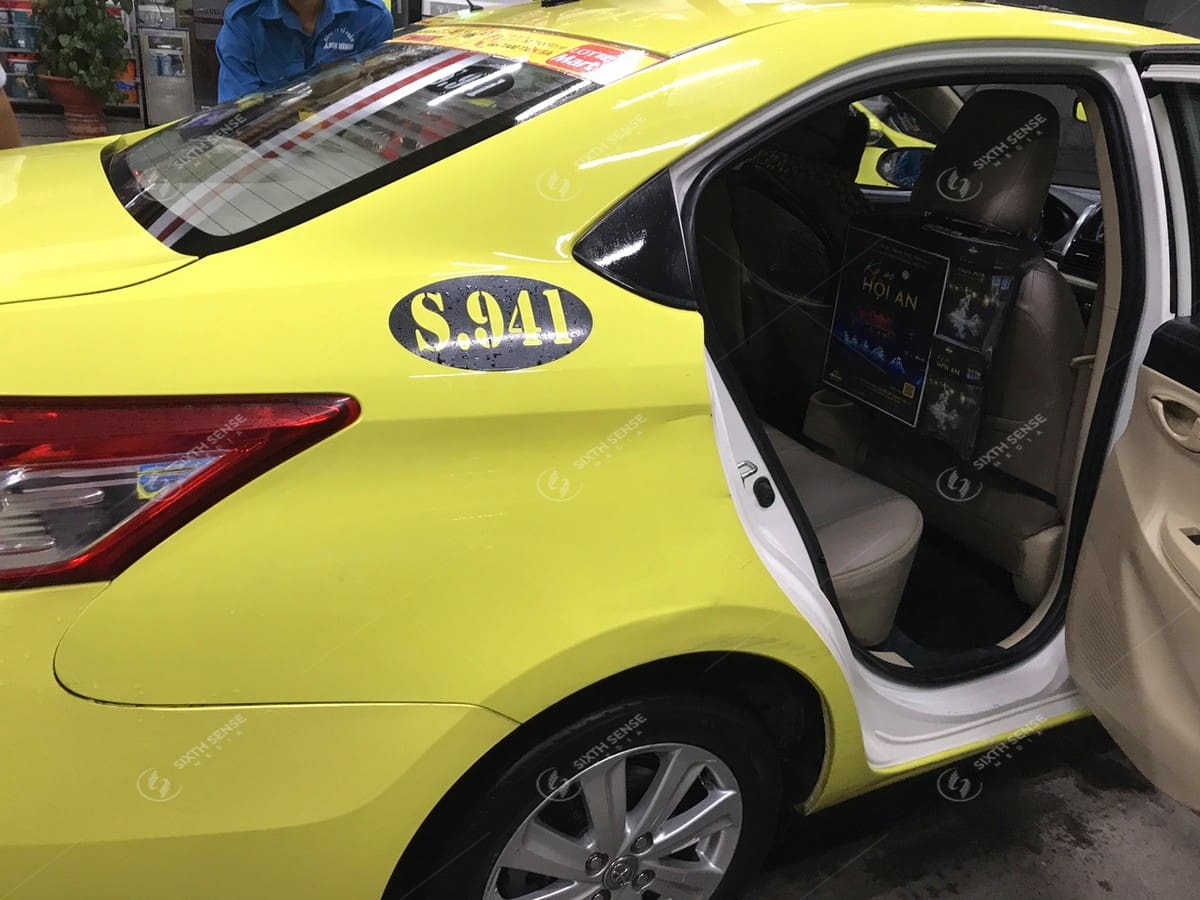 The advertising project on Tien Sa taxi is directly undertaken by Sixth Sense Media from A to Z. Including the implementation of advertising decal stickers on 2 taxi doors and advertising leaflets in taxis.

All work is done by the experienced staff from Sixth Sense. Therefore, we can both ensure efficiency, progress, and bring the most affordable implementation costs to investors!