Mega Wecare is one of the closest partners that Sixth Sense Media has had the honor of deploying nationwide taxi advertising campaigns for 4 consecutive years.

Mega Wecare established its first headquarters in Thailand in 1982. The initial starting point was just a small factory with about 10 employees. But so far, Mega Wecare has become a powerful corporation, covering more than 31 countries with more than 4,300 employees.

All products of Mega Wecare are highly appreciated by both users and leading doctors. Selecting high-quality raw materials, modern production lines, Mega Wecare aims to bring great contributions to the health of the Vietnamese community.

Since 2016, Mega Wecare has launched and promoted natural products to take care of the beauty and health of women. In which 2 main products are Enat 400 oral tablet and NNO Vite moisturizing cream.

From 2016 to 2019, Mega We Care invested a large amount of budget to deploy long-term taxi advertising campaigns on a national scale. Each campaign runs for 12 months.

In 2016, as soon as taxi advertising emerged as a new and effective communication channel, Mega Wecare immediately launched a project with a scale in 7 provinces: Hai Phong, Hai Duong, Nam Dinh, Phu Tho, Hue, Nghe An, Quang Ngai. 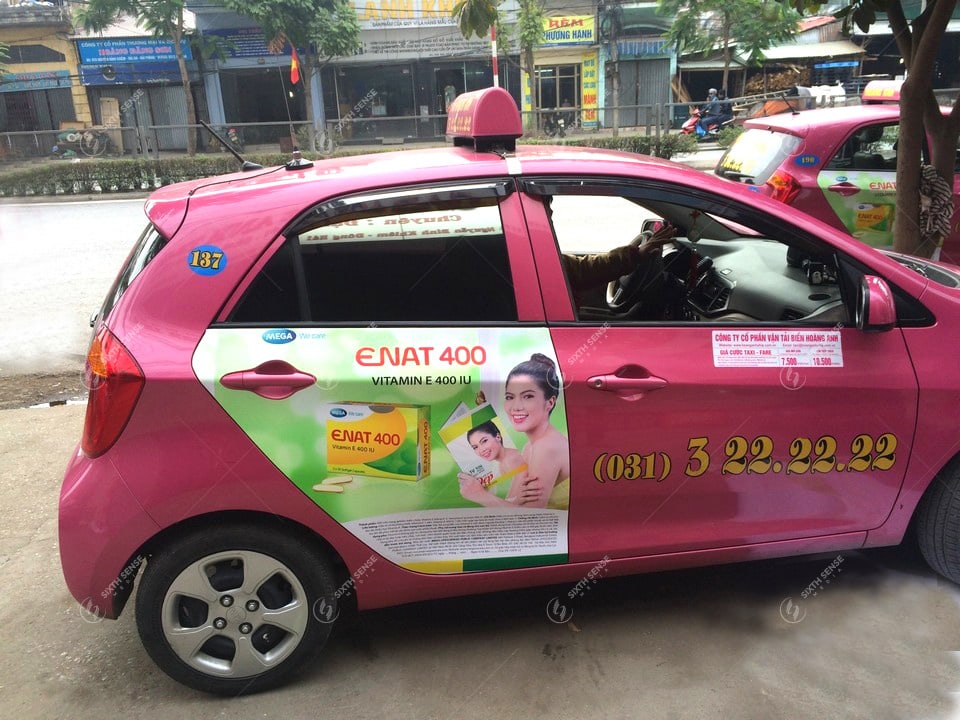 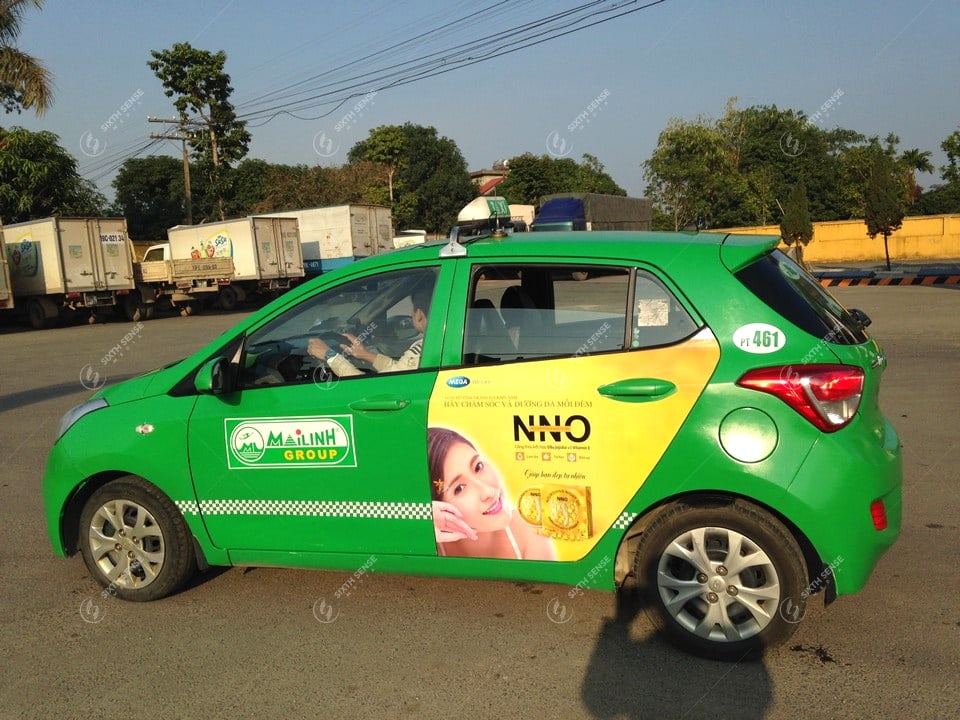 The 2016 taxi advertising campaign has brought about certain effects for Mega Wecare. Therefore, in 2017, the company decided to expand and build a taxi advertising project in 30 provinces and cities stretching from North to South. 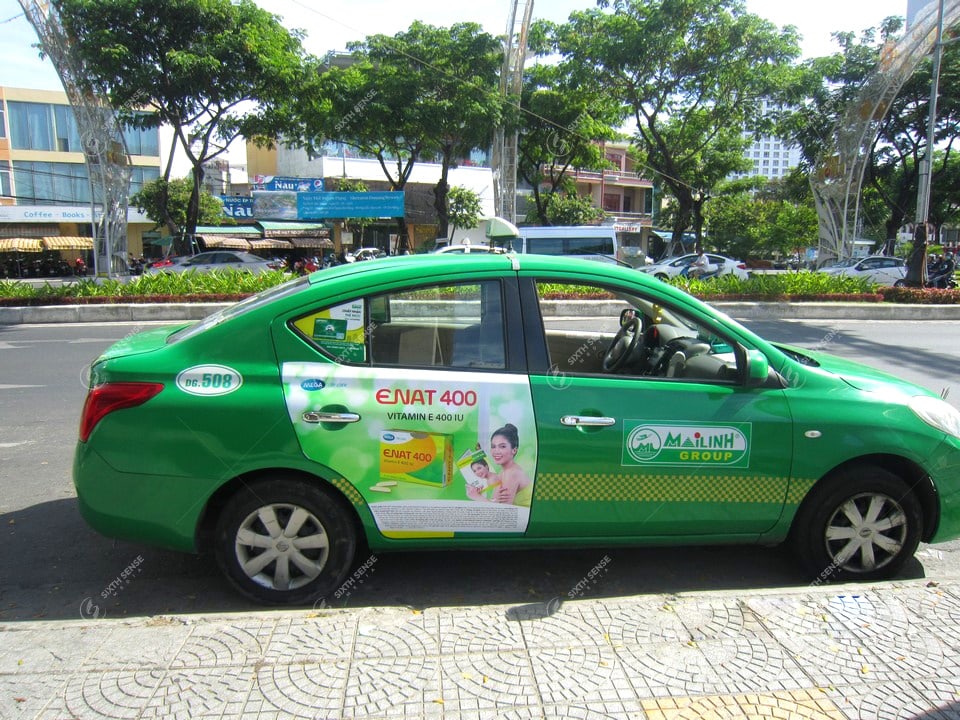 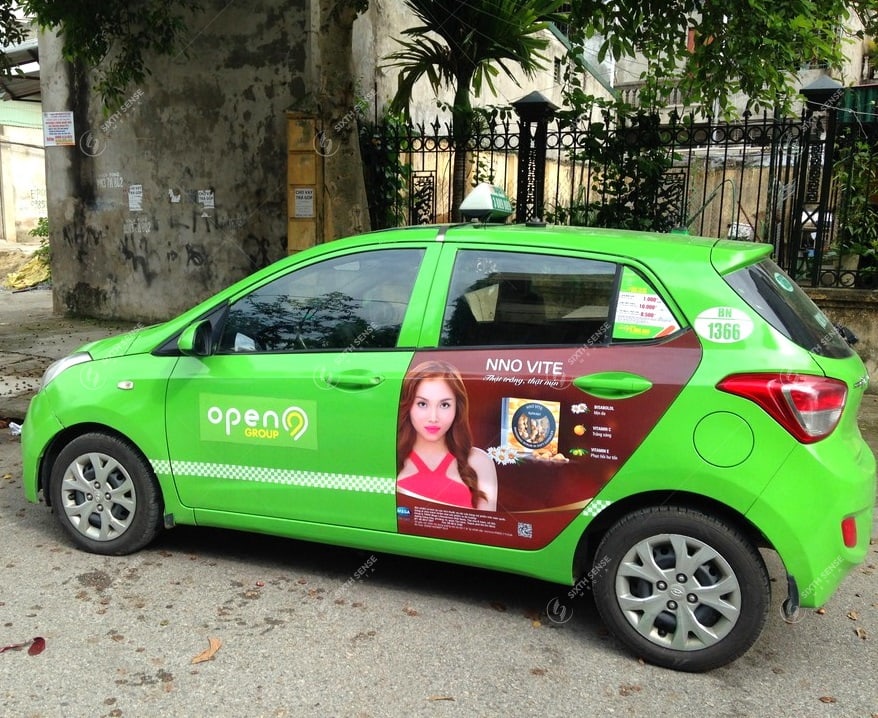 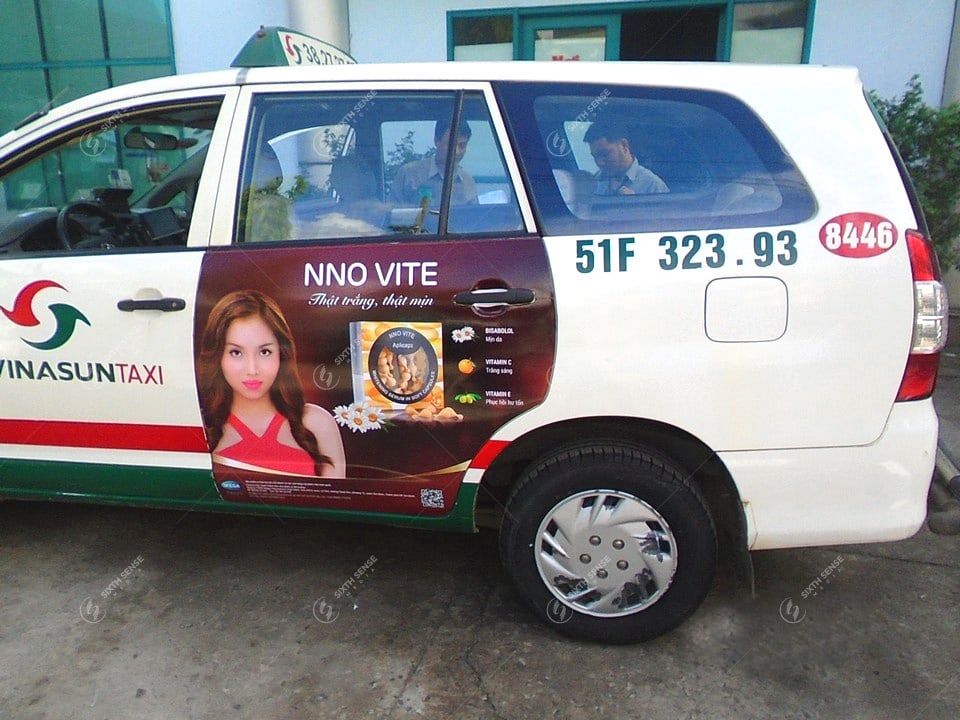 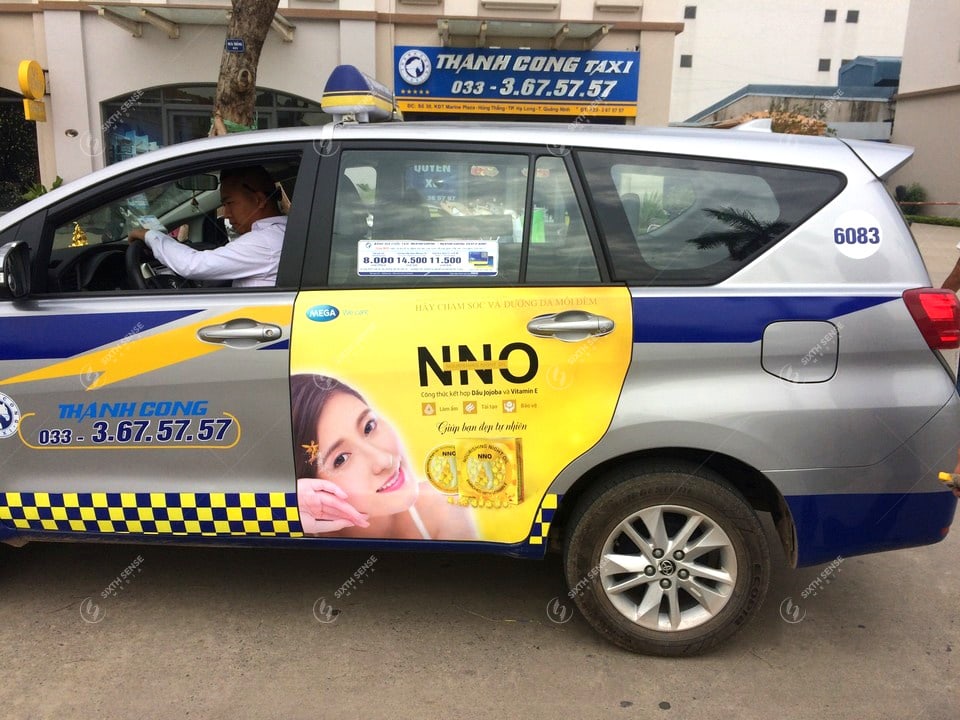 In 2018, Mega Wecare changed the advertising maquette with brighter and more vibrant colors. This year, the brand that focuses on promoting its moisturizing topical products is NNO and NNO Vite.

The company still uses each side of the taxi door to stick a different advertising maquette. The image of the two products is widely spread at the same time, but the deployment cost is significantly reduced. 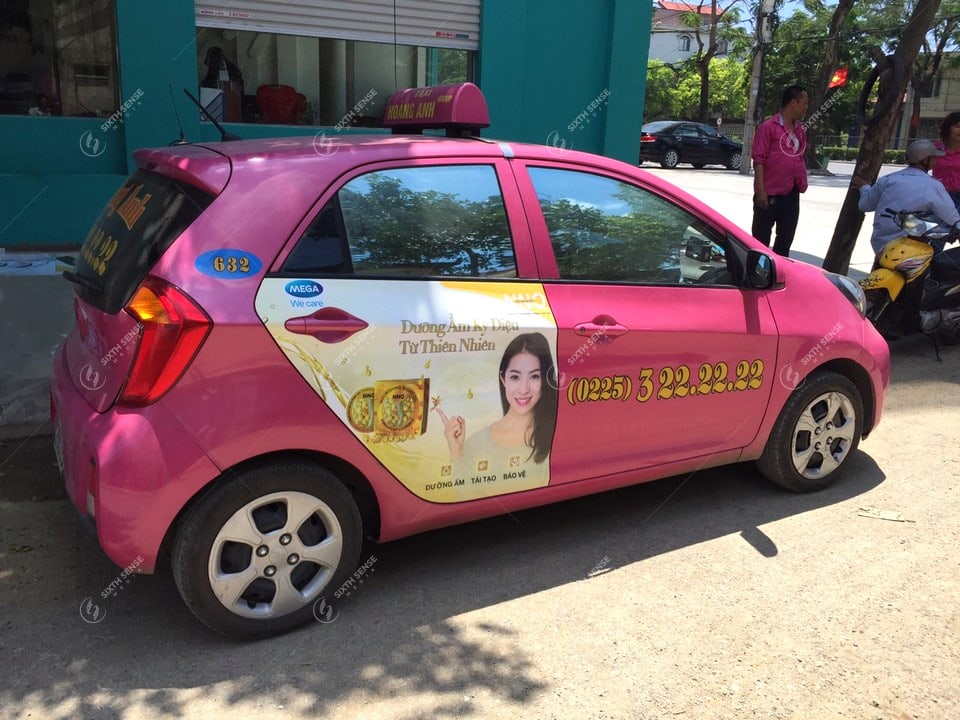 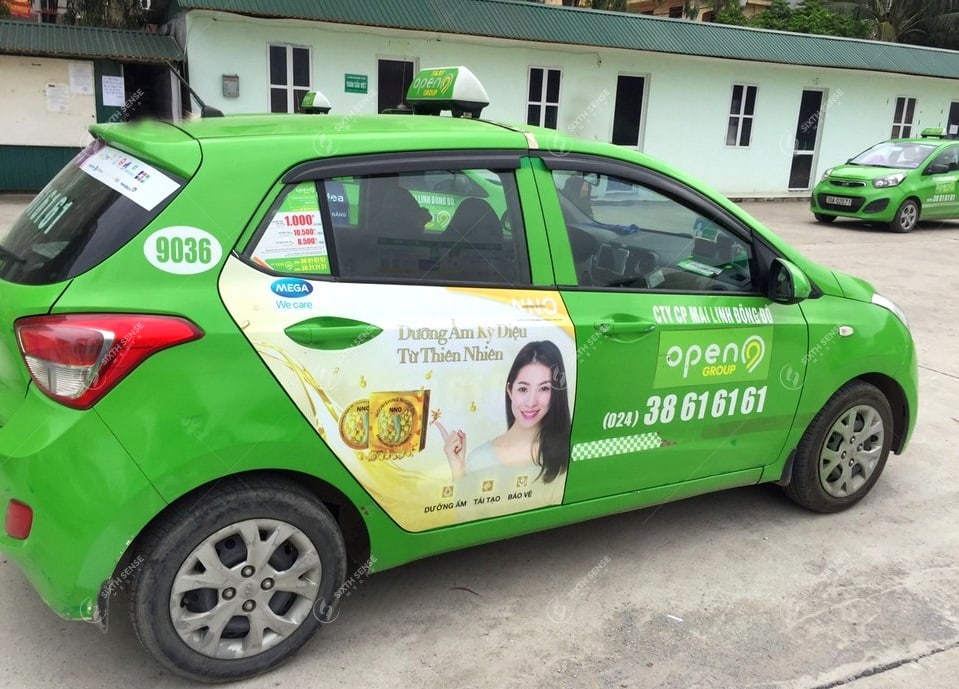 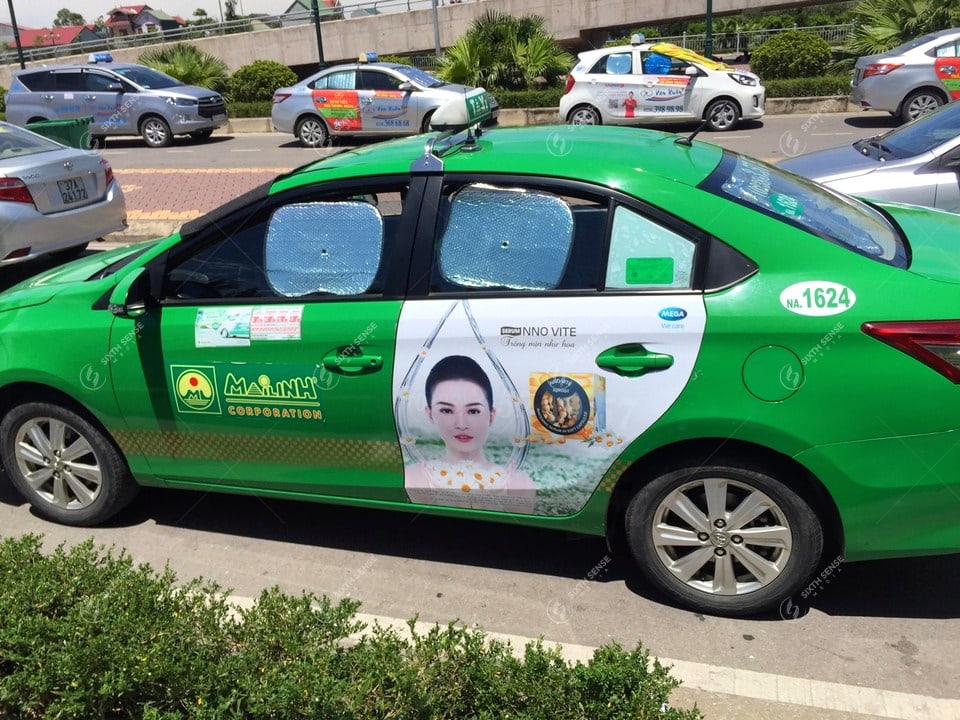 In 2019, for the first time, Vinasun and Mai Linh launched the super impressive form of advertising stickers on 4 car doors. And there is no reason why Mega Wecare doesn’t catch the “trend” right away! Sixth Sense Media has helped Mega Wecare select 18 cities and provinces where the two taxi companies mentioned above are operating, allowing to exploit this impressive form of advertising. The display area doubled, the customer’s attention and memory about the brand and product also increased many times.

Once again, Sixth Sense Media would like to express our sincere thanks to the trust and companionship of Mega Wecare Vietnam Corporation with us during the past 4 years. We are also very pleased when the advertising campaigns on taxis are successfully implemented, effective and make customers feel satisfied.