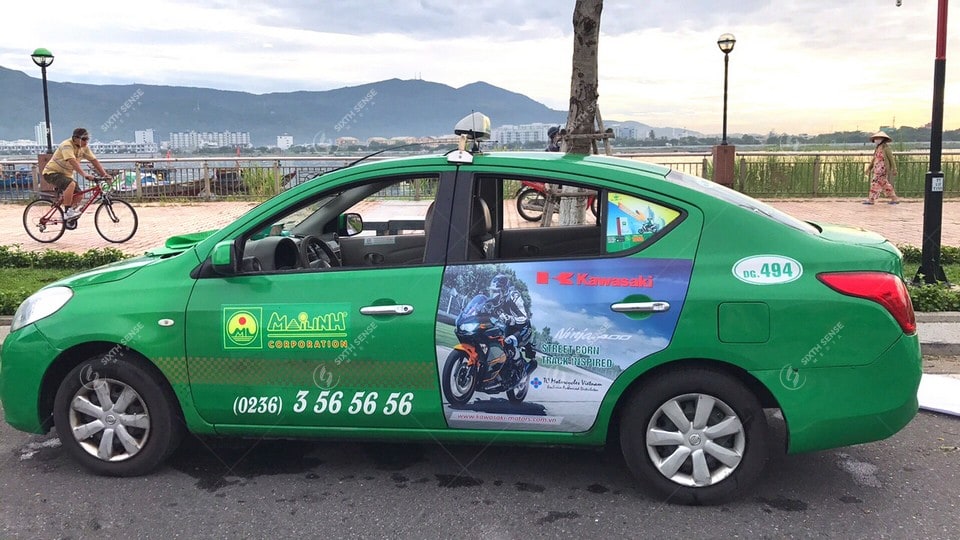 Advertising campaign on Mai Linh taxi of Kawasaki was launched in Hanoi, Da Nang and Ho Chi Minh City. The project was organized on nearly 500 vehicles, bringing the design of the new Ninja 400 motorcycle series to everywhere.

Kawasaki is a motorcycle brand from Japan. In 1986, Kawasaki was established as a shipbuilding workshop. In 1949, Kawasaki switched to motorcycle engine production and in 1954, the first Kawasaki motorcycle model was officially launched.

Until now, Kawasaki has become one of the famous names in the motorcycle market both in Japan and many countries around the world. The automaker is known for its large displacement motorcycles that appeal to young people, including the Ninja line.

Ninja 400 is known as the largest model in the segment of its sports motorcycles. The advantages of the series are: leading performance, good controllability that provides a smooth feel, worthy of a model for newcomers while still appealing to experienced drivers. Besides, the impressive design with LED headlight makes the Ninja 400 an ideal choice for drivers looking for a sports motorcycle. 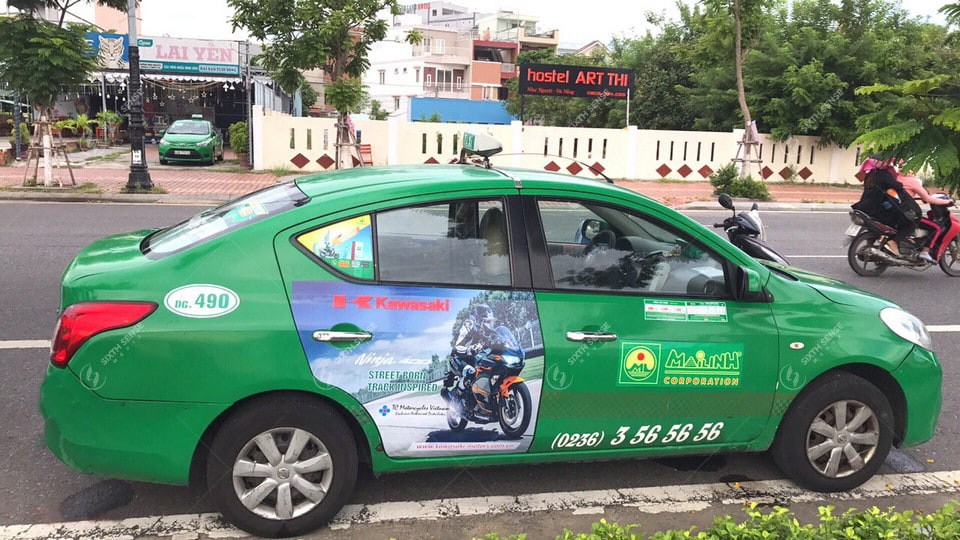 In 2018, Kawasaki launched an advertising campaign on Mai Linh taxis on a large scale in Hanoi, Ho Chi Minh City and Da Nang. The company purposely chose Mai Linh taxi to advertise because this is a large taxi company with high operating frequency, which will contribute to spreading the Kawasaki brand and the Ninja 400 series appearing everywhere.

Kawasaki’s advertising maquette design has a strong and impressive style. Advertising decals were affixed on the 2 back doors of the taxi. Particularly in Ho Chi Minh City, the advertising area was expanded.

Advertising campaign on Mai Linh taxi has helped Kawasaki achieve many purposes. Each Mai Linh taxi operated in big cities with a frequency of up to 22h/day. Even when the car was parked on the side of the road, waiting to pick up and drop off passengers in crowded places, advertising continues to be transmitted and imprinted in the minds of consumers.

A special feature is that despite implementing advertising for such a long time, the cost is extremely economical. Taxi advertising is considered to have a high ROI but the cost is significantly lower than other mediums such as billboards, radio and television advertisements.

Sixth Sense Media is very proud to be the partner that Kawasaki believes in and accompanies the advertising campaign on Mai Linh taxis. We are the direct implementation of the entire project from A – Z.