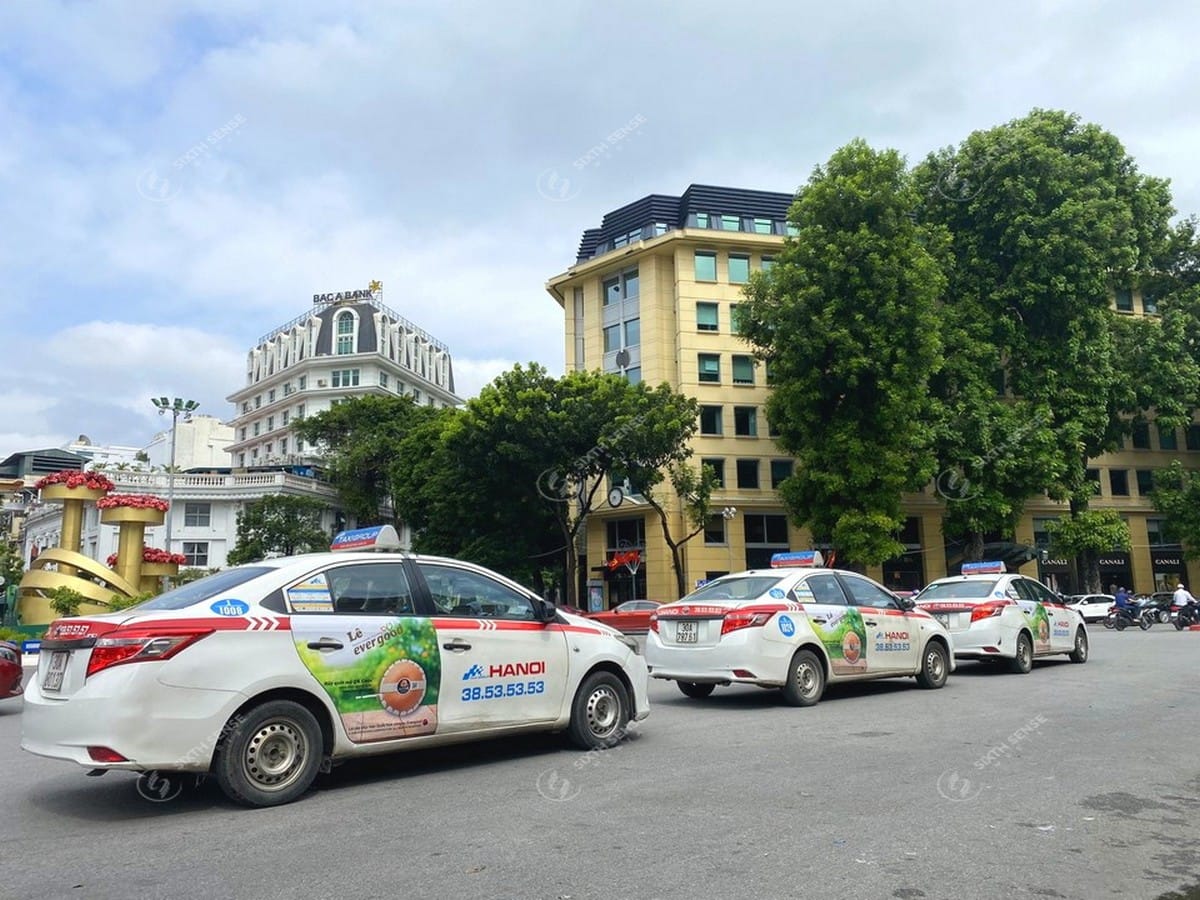 About EverGood and Korean Pear products

EverGood is a leading exporter of agricultural products designated by the Korean Government. The company was established in 1987. And so far, EverGood has become a strong corporation, bringing the freshest and best quality agricultural products from Korea to more than 20 different countries around the world such as Canada, USA, Japan. Ban, Vietnam, Thailand,…

Among the agricultural product lines being provided, pears are considered the fruit of the quintessence of Korea and one of the most successful export items. In Vietnam, pears of the EverGood brand are favored by their high nutritional value, sweet and sour taste. Pears are used for many different purposes such as: eating directly, making barbecue sauce, acting as a medicine for sore throats, and alcohol.

All EverGood pears are 100% imported from Korea, undergoing elaborate cultivation, ensuring the highest quality according to international standards.

Three taxi companies participating in this advertising campaign of EverGood are Group Taxi, Mai Linh Taxi and Open99 Taxi. These are the 3 largest taxi companies in Hanoi. The design of EverGood was put on hundreds of vehicles, forming mobile billboards throughout the city, attracting many attention from the public.

The taxis moved continuously from 20-22h/day throughout the high-traffic roads. In particular, the cars often appear on central roads, picking up guests at the lobby of hotels, restaurants, supermarkets, and large shopping centers in Hanoi. These are all locations with a large number of potential customers that EverGood want to reach and make an impression. 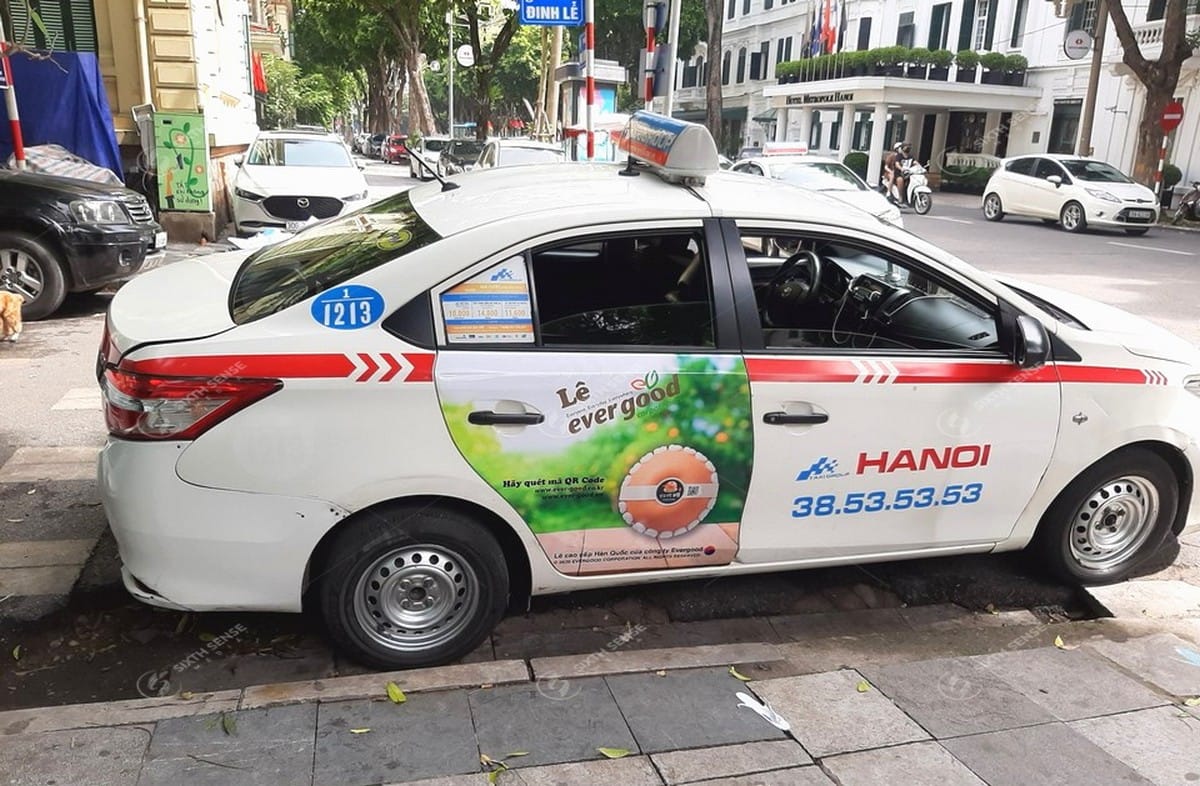 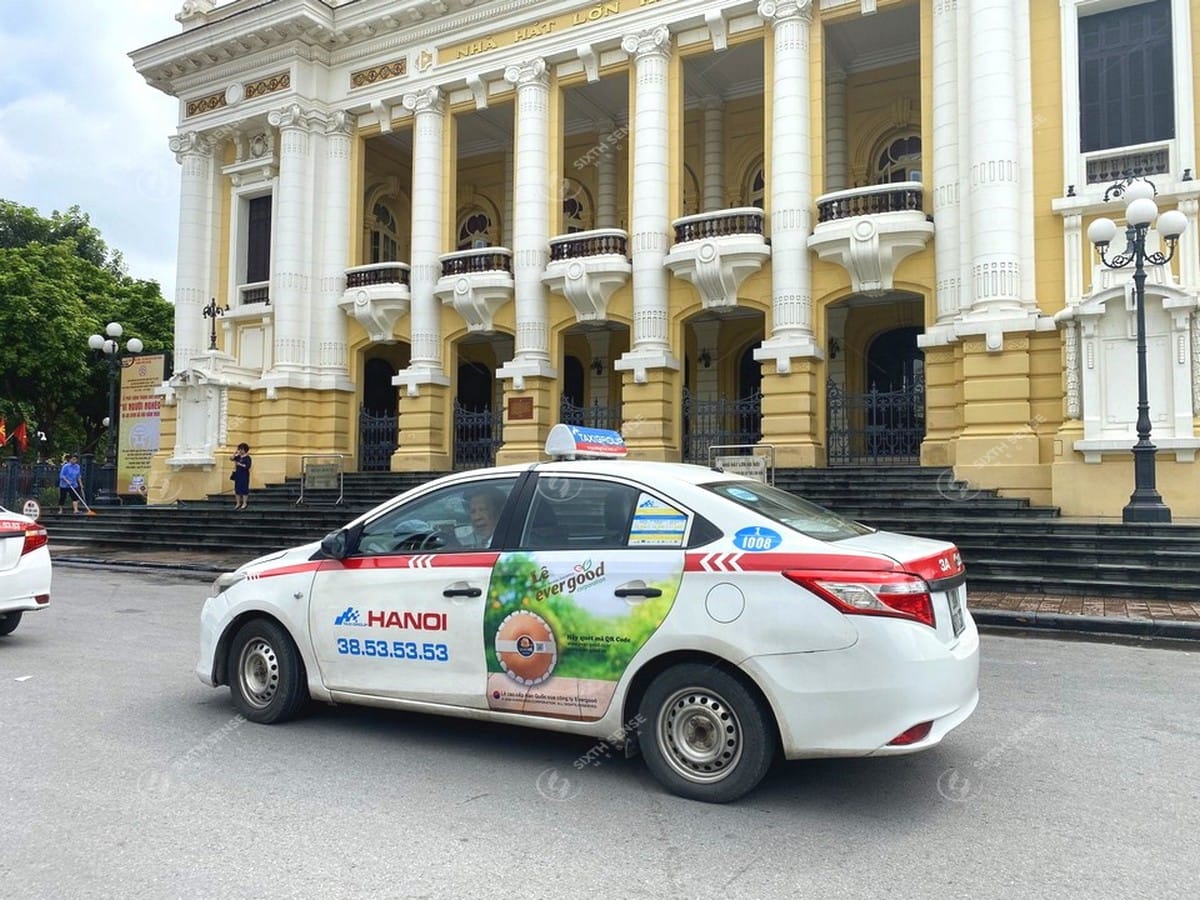 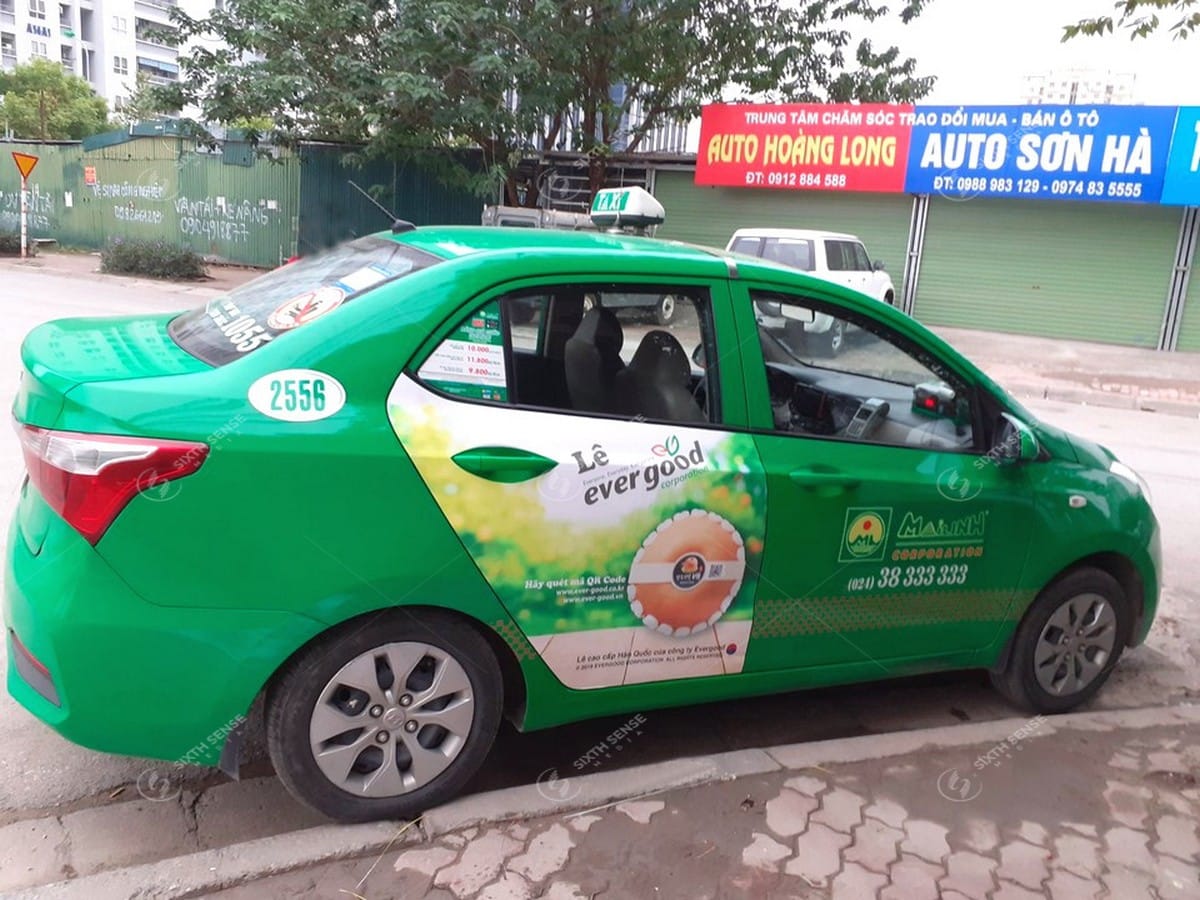 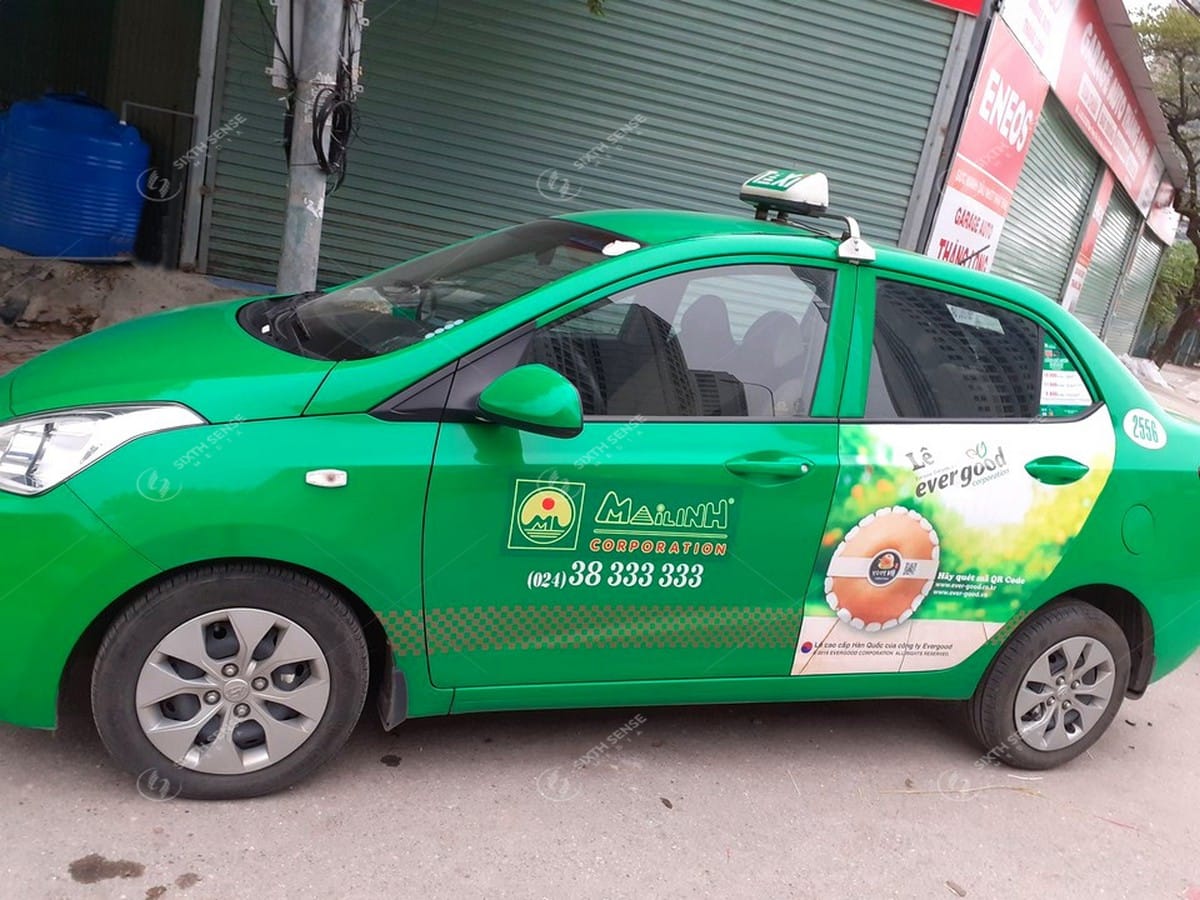 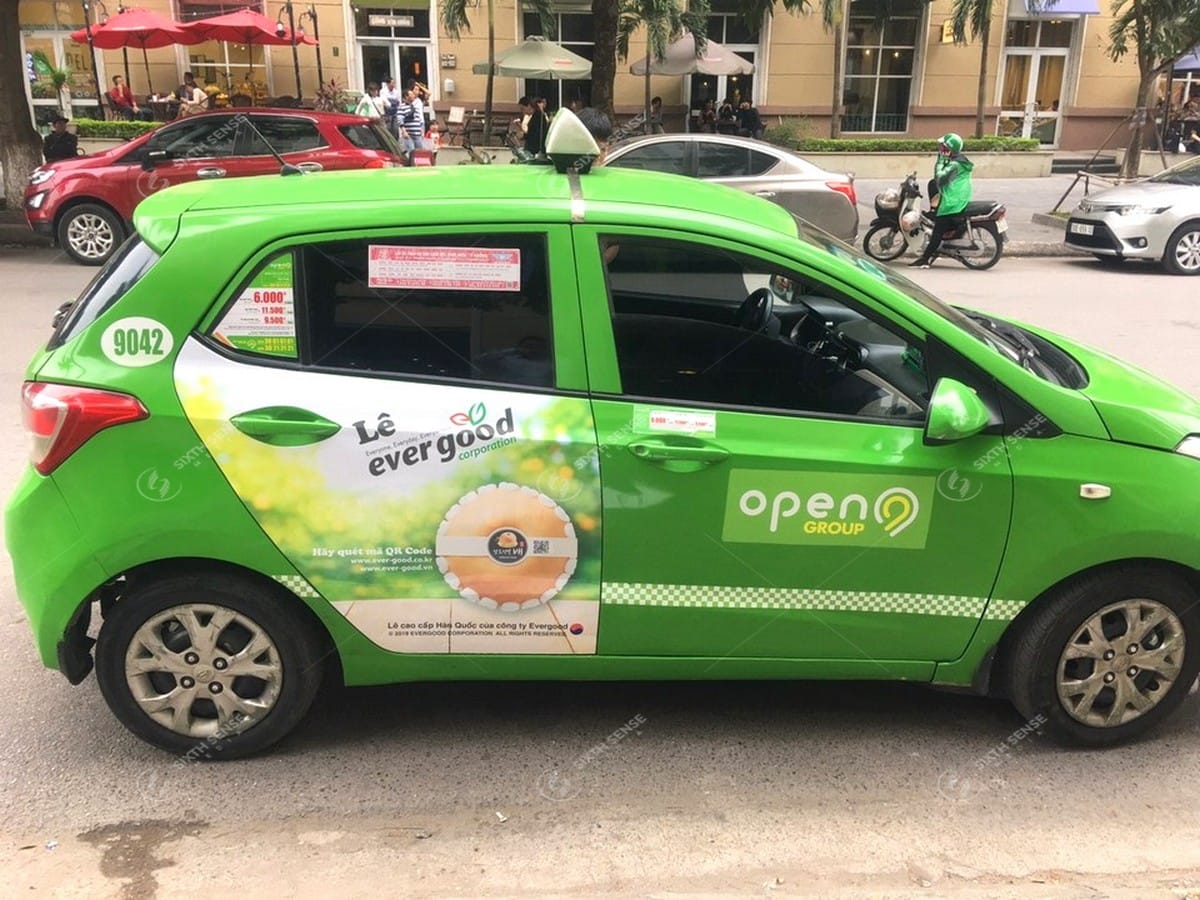 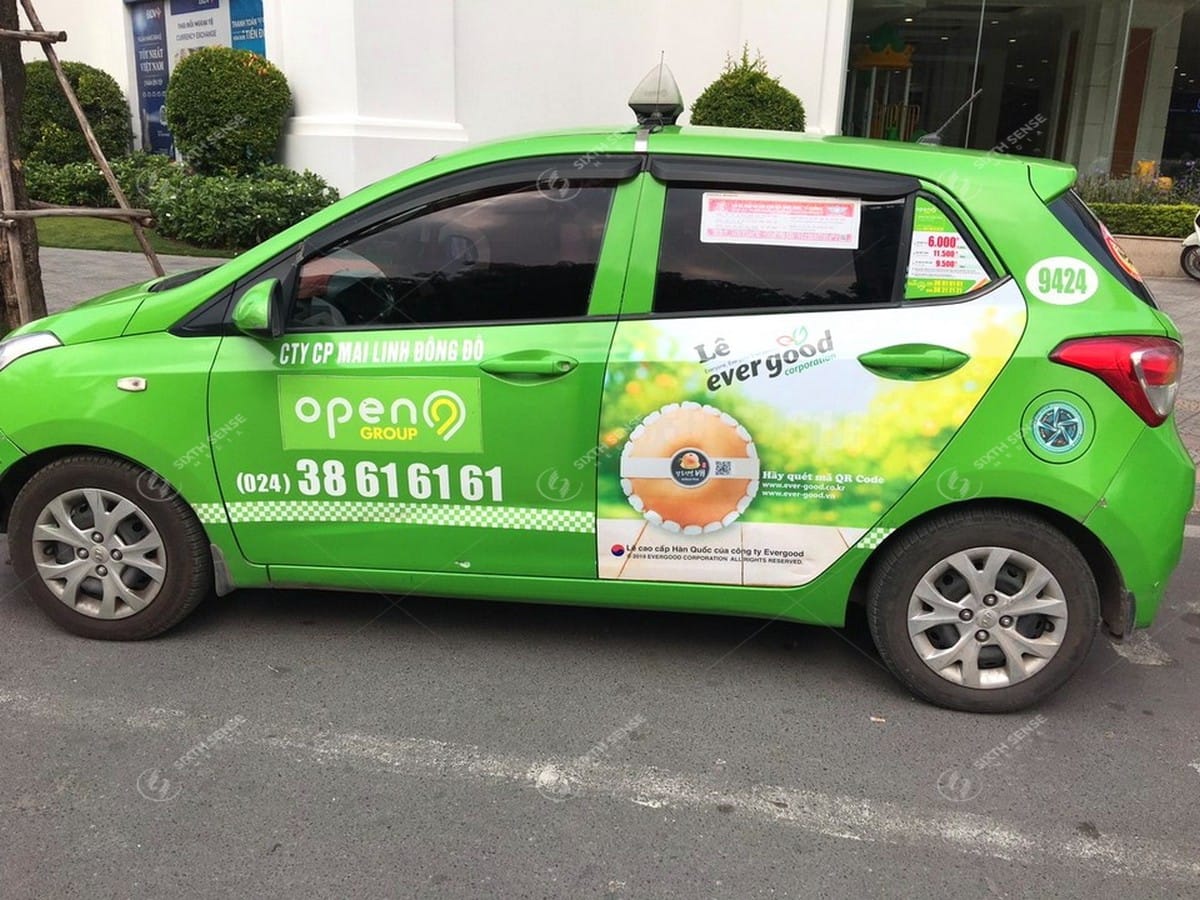 Receiving the trust from EverGood, Sixth Sense Media is very honored to support the brand in this taxi advertising campaign in Hanoi. We please the brand by providing an effective, fast, stable campaign with transparent reporting every month.

In addition to Hanoi, Sixth Sense Media has also been providing hundreds of different businesses with taxi advertising services in all 63 provinces and cities nationwide. If you are looking for a professional taxi advertising company at an affordable cost, please contact us immediately!

Sixth Sense Media has had many opportunities to cooperate with Lalamove to implement advertising projects. Including an advertising campaign on Vinasun taxis in Ho Chi Minh City, which has been implemented for 6 months.