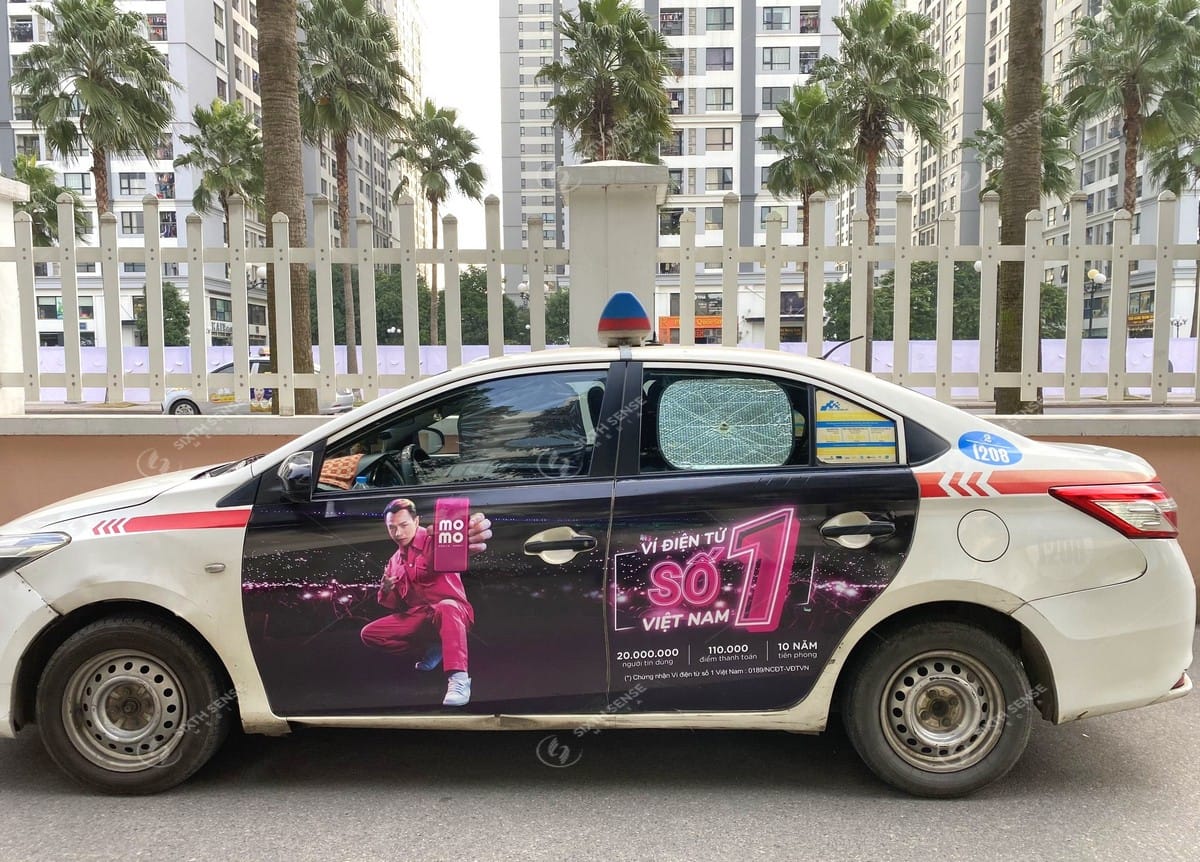 Momo E-Wallet invited rapper Binz to be the face of the brand in the “021” campaign, which is no coincidence.

Currently, Binz is one of the top rappers in Vietnam. The song “021” released by him in combination with Momo wallet is the rapper’s way of telling about his journey to success. It took Binz more than 10 years to find his ego. Although his early music products were unknown to anyone, with unremitting efforts, success has knocked on the door!

The same goes for Momo E-Wallet. Momo has also had a journey of more than a decade to be able to rise to the number 1 position with 20 million users today. Momo was born at a time when online payments or e-wallets were still quite unfamiliar concepts in Vietnam. However, overcoming all prejudices and barriers, Momo has also risen from zero to become number one!

Every number 1 starts from number 0. Keep dreaming, keep “burning” with passion and one day success will call your name. That is the meaningful message that Momo and Binz want to send to everyone.

2. Advertising campaign on Group Taxi in Hanoi of Momo E-Wallet

Not only matching the story, but the identity color of the Momo E-Wallet is also Binz’s favorite pink color. That is why very quickly, the maquette of the Momo e-wallet and the “pink rapper” Binz were prominently designed. Using two main colors, black and pink, Momo’s extremely “burning” maquette attracts all the attention on the street. 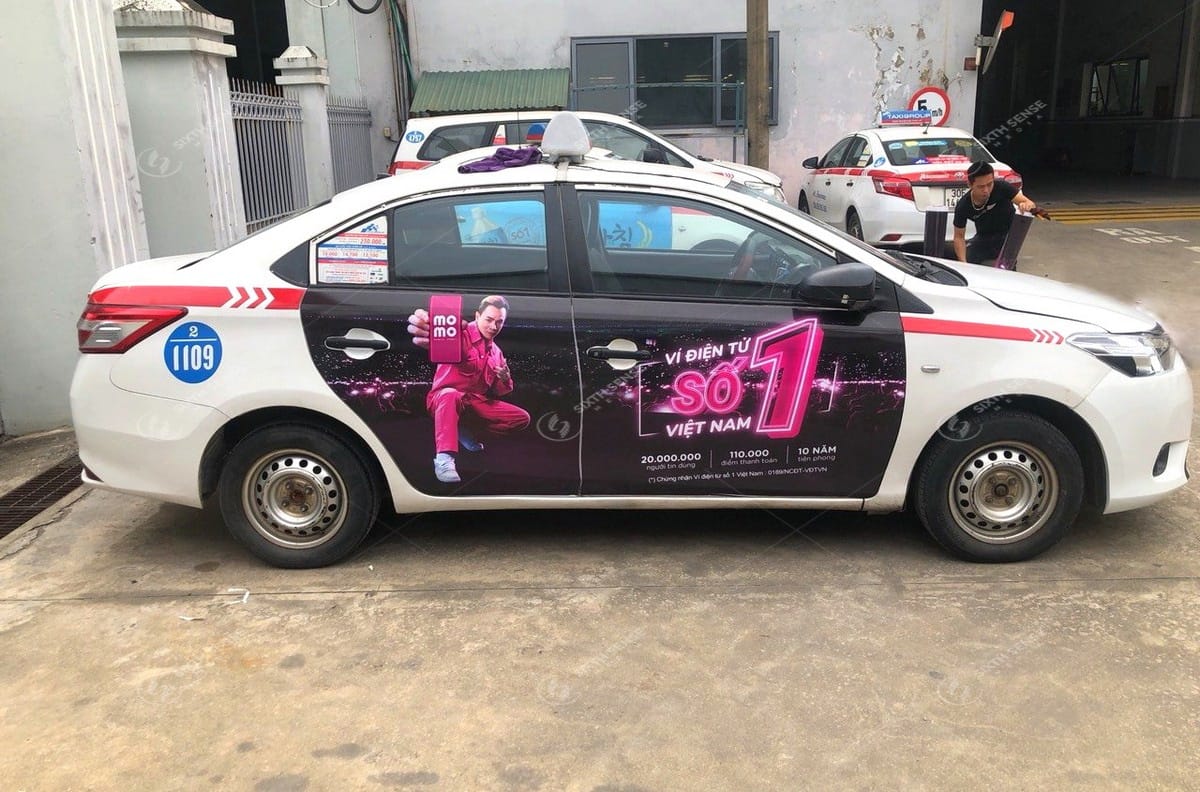 Momo chose Group Taxi for the taxi advertising campaign in Hanoi. This is a choice that cannot be more accurate when considered from all angles.

About the media: Group taxi ads put Momo on all roads of the capital. Besides, Group Taxi also regularly picks up and drop off passengers at the most famous restaurants, hotels and tourist attractions in Hanoi. Since then, the number of customers accessing taxi ads has increased impressively. 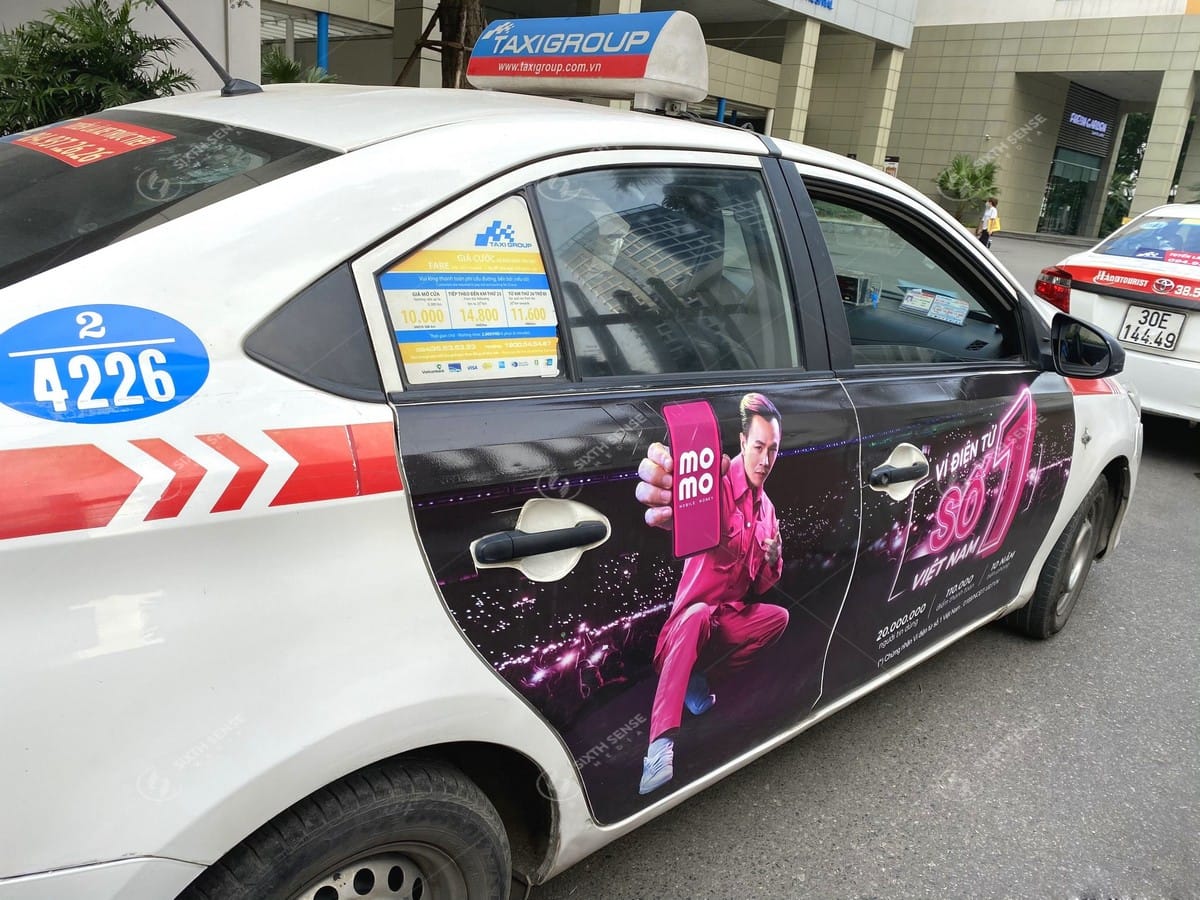 About the frequency of advertising: Ads on taxi Group operate 24/24h, appearing continuously in public view. The repeated impact during the 2 months of launching the campaign is how Momo firmly positions its brand in Hanoi. The Momo e-wallet’s taxi advertising project in Hanoi was implemented by Sixth Sense Media from start to finish. With many years of experience in the profession and good staff, Sixth Sense Media is proud to have brought satisfaction and effectiveness to the goal that Momo brand has set.